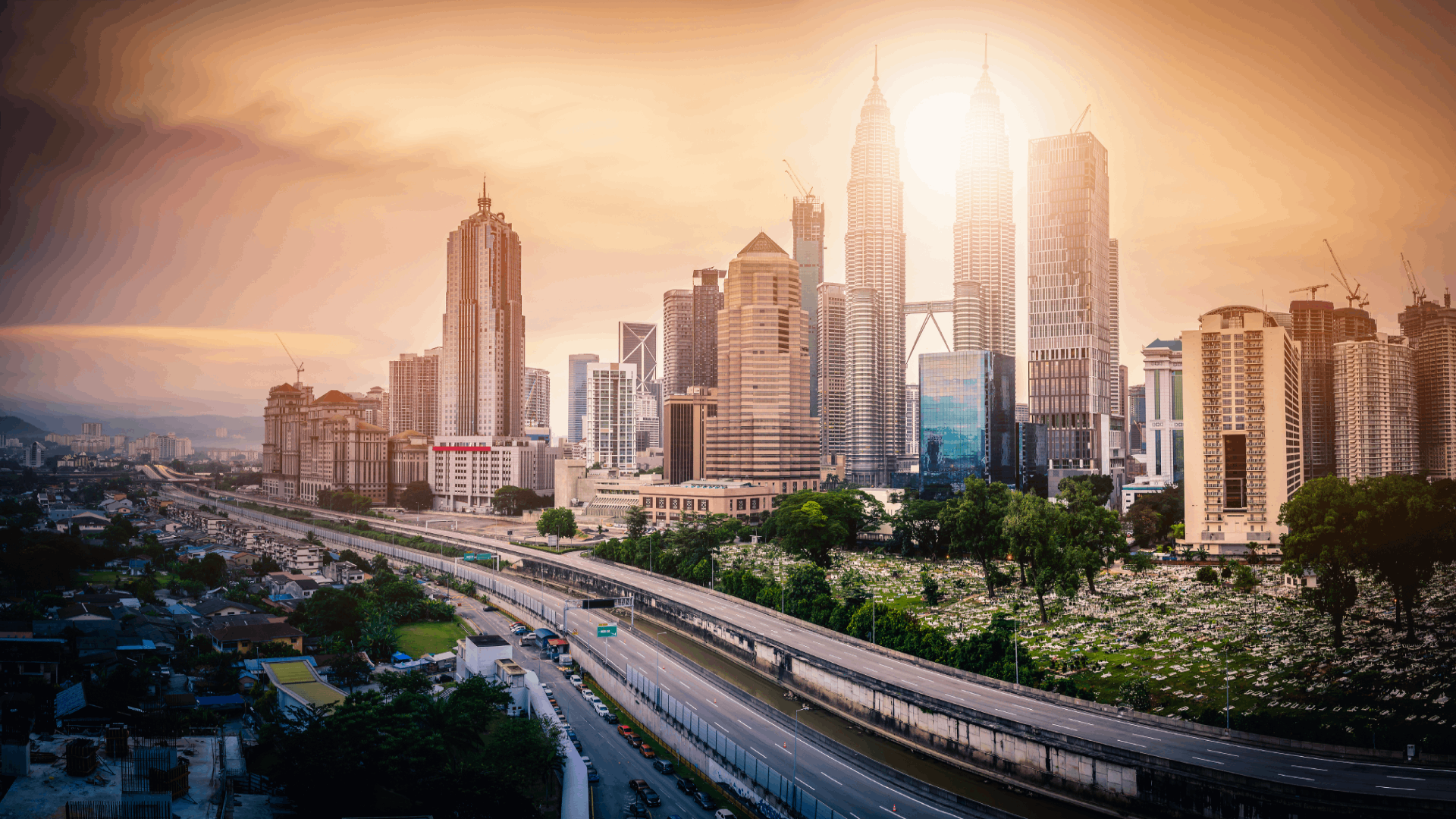 Key Highlights of the Finance Bill 2021

Following the announcement of Budget 2022 themed "Keluarga Malaysia, Makmur Sejahtera", the much anticipated Finance Bill 2021 was tabled in Parliament on Tuesday, 9 November 2021.

In this issue of Crowe Chat Vol.8/2021, we will cover the Key Highlights of the Malaysia Finance Bill 2021 which include changes in:- 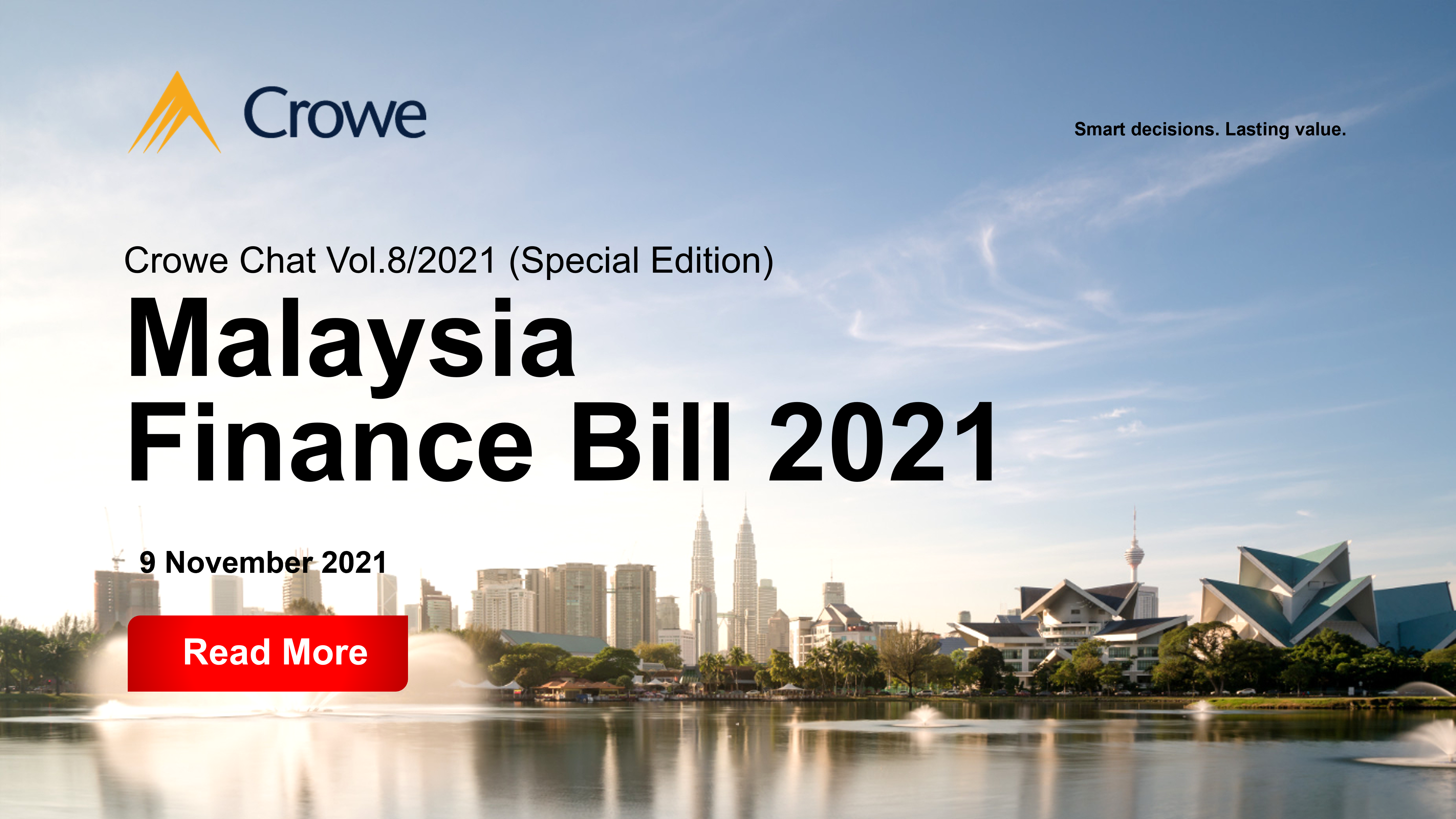 Highlights at a Glance

Withholding Tax on Payments Made To Agents etc.
Payments made to agents, dealers or distributors will be subjected to 2% withholding tax with effect from 1 January 2022.

Extension of Tax Rebate for Establishment of New Entities for Companies / Limited Liability Partnership (LLPs)
The income tax rebate of up to RM20,000 per Year of Assessment (YA), for the first three (3) YAs will be extended for new Companies / LLPs established and commenced operations by 31 December 2022.

Submission of Return Based on Financial Statements
LLPs, trust bodies and co-operative societies will be required to furnish their income tax return based on financial statements made in accordance with the requirement of the law governing the entity.

Tax Identification Number (TIN)
TIN will be implemented with effect from 1 January 2022 to broaden the tax base.

Failure to Furnish Tax Estimates
Penalty of 10% of the tax payable for a YA will be imposed on LLPs for failure to submit the tax estimates.

Definition of Special Purpose Vehicle (SPV)
A SPV is now defined under Paragraph 37 of Schedule 6 of the Malaysian Income Tax Act, 1967 (MITA).

Non-application of exemption on interest from sukuk and debentures
Non-resident companies will be taxed in respect of interest paid or credited by a SPV from sukuk or debentures structured under an asset-backed securities (ABS) arrangement where the originator and the non-resident company are from the same group.

Review of tax incentive for contract research and development (R&D) companies or R&D companies
Companies in the business of providing R&D services that wish to apply for such tax incentive will be granted R&D status instead of Pioneer status from 1 January 2022 onwards.

Expansion of Tax Relief on Medical Examination Expenses
Tax relief of up to RM1,000 on medical examination expenses for self, spouse and child will be expanded to include examination costs and consultation services related to mental health as well as COVID-19 detection test.

Extension of Tax Relief for Domestic Tourism Expenses
Special tax relief of up to RM1,000 on domestic tourism expenses (including domestic tour package) will be extended for expenses incurred until 31 December 2022.

Increase of retention sum to be retained
Retention sum for disposal of real properties or shares in real property companies within a period of three (3) years from the date of acquisition by a company or a trustee of a trust or a body of persons registered under any written law in Malaysia will be increased from 3% to 5%.

Clarification on computation of exemption for part disposal of shares
A formula will be used to ascertain the amount of exemption to be given if shares are partly disposed of.

Tax on intellectual property (IP) income of a Labuan Entity
IP income of Labuan entities that do not meet the substance requirements will be taxed under the ITA.

Director’s Liability
A director of a Labuan entity who is a resident will be jointly and severally liable to the Labuan entity tax that is due and payable.

Key Highlights of the Finance Bill 2021

Read the full commentary on the Finance Bill 2021 in our Crowe Chat Vol.8/2021
Download Now

Get the latest perspectives on Budget 2022 and the upcoming tax landscape.

Sign up for our newsletter to stay informed with our experts' commentary and analysis that you can trust.
Sign up now >>>