As of April 20, 2020, the total newly- registered, additional capital and capital contribution and purchased shares of foreign investors reached 12.33 billion USD, equaling 84.5% as compared to the same period in 2019. Although newly- registered and additional capital increased over the same period, but the capital contribution of foreign investors in the mode of capital contribution and share purchase fell sharply, reducing the total invested capital attracted in the first 4 months of the year according to Foreign Investment Agency. Summary for investment situation is presented as below chart: 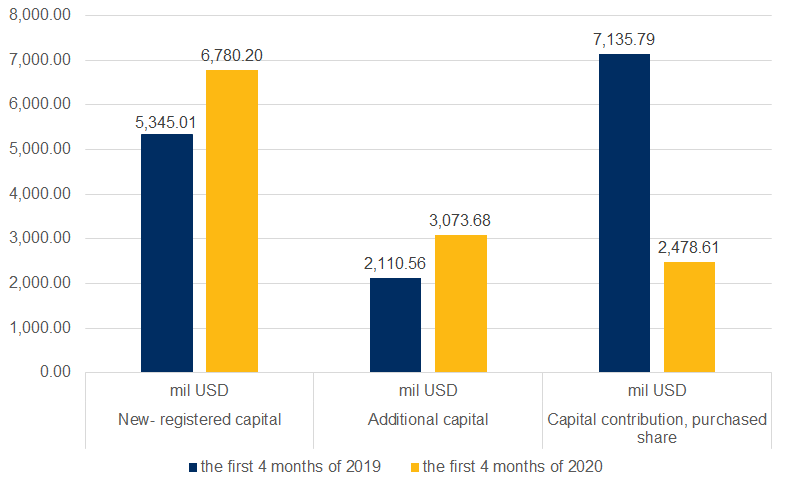 The capital structure of countries and territories: 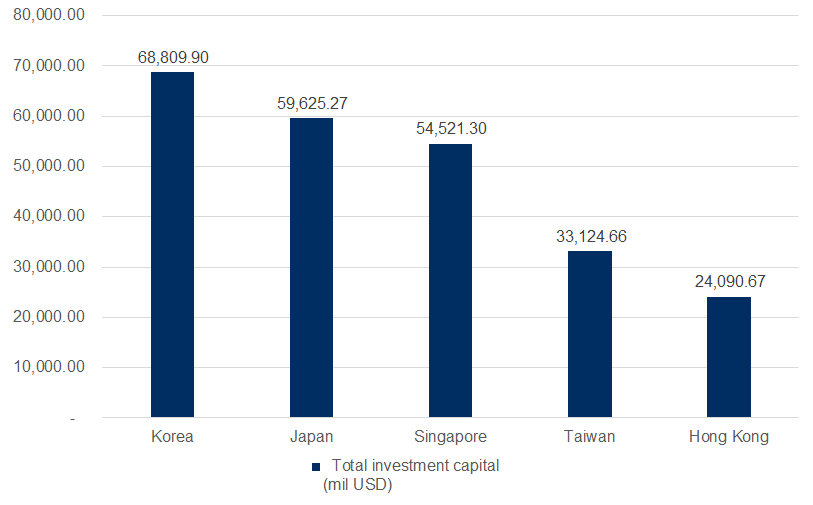 The capital structure of economic industry:

Foreign investors invested in 18 fields, in which top five fields were invested the most by April 2020 including Processing and manufacturing (“I”) sector, Real estate business (“II”), Producing and distributing electricity, gas, water, air-conditioner (“III”), Accommodation and food services (“IV”) and Construction (“V”). Downloaded file at the bottom. 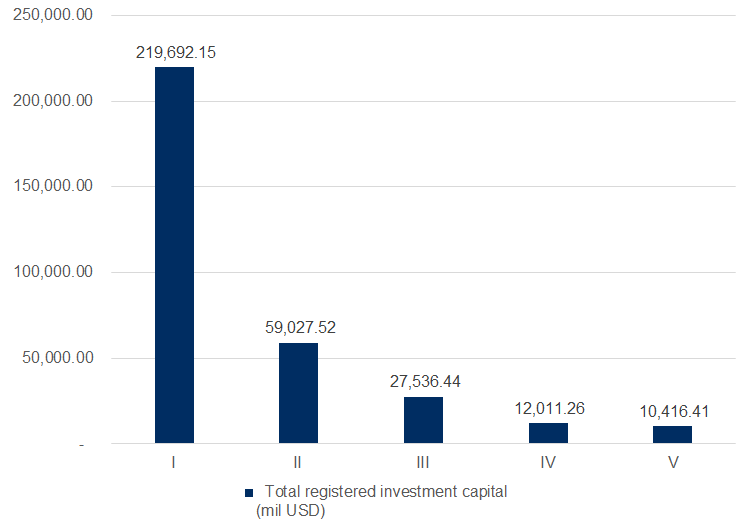 The capital structure of provinces and cities:

Foreign direct investment has been presented in all 63 provinces and cities of the country, in which top five areas were invested the most by April 2020 including Ho Chi Minh City, Hanoi, Binh Duong, Ba Ria- Vung Tau, Dong Nai. Downloaded file at the bottom. 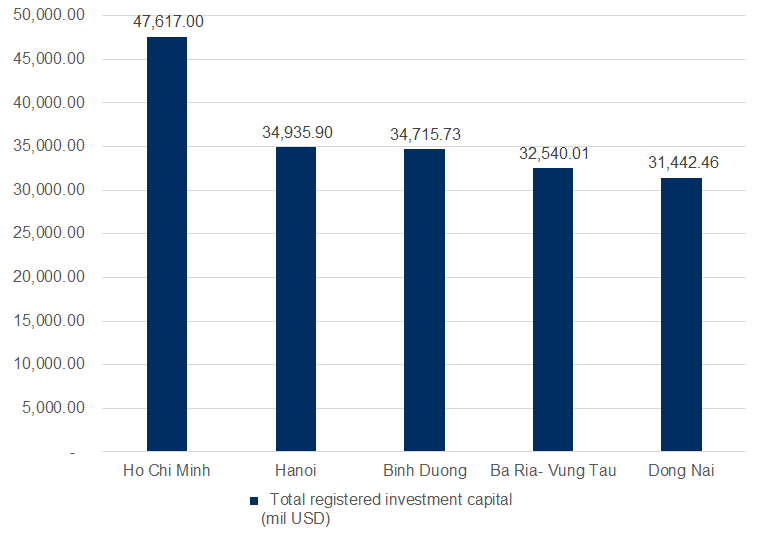