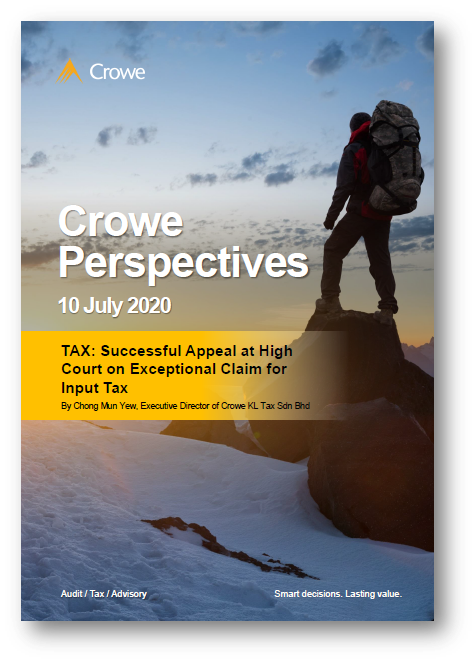 Due to the abolishment of the Goods and Services Tax (GST) regime effective 1 September 2018, one of our clients was denied a full input tax claim. Through collaboration with a law firm, we filed for an appeal on the decision made by the Customs Appeal Tribunal at the High Court.

We are happy to announce that the High Court has ruled in favour of our client and has ordered the Royal Malaysian Customs Department (RMCD) to allow the input tax claim in full without apportionment.

Background facts of the Case

The Company is principally engaged in the business of leasing land and properties. The Company had constructed a warehouse and capitalised the construction costs as its fixed assets. The Company entered into a tenancy agreement to lease out the warehouse commencing from 1 March 2018. Since the taxable supplies would exceed the registration threshold of RM500,000, the Company applied for GST registration. The Company was GST-registered effective 1 May 2018.

On 2 May 2018, the Company submitted an application to the Director General of RMCD to obtain the approval for the claiming of input tax on the construction costs of warehouse incurred prior to the GST registration under Regulation 46.

Unfortunately, the GST Act was abolished from 1 September 2018.

In September 2018, the Company received an approval letter from the Director General of RMCD on the entitlement to claim for input tax. However, the approved amount was reduced to approximately 3.36% of the total GST amount incurred by the Company in constructing the warehouse. The input tax claim was reduced on the basis that the taxpayer was a GST registered person only for four (4) months (i.e. from 1 May 2018 to 31 August 2018). When GST is abolished, the taxpayer would cease to be a taxable person under the GST Act. Arising therefrom, the RMCD was of the view that it would be unreasonable to allow the taxpayer’s input tax claim in full.

In July 2019, the Customs Appeal Tribunal agreed that the calculation used by the RMCD to determine the approved amount is reasonable and in accordance with the GST legislation.

In August 2019, the Company filed an appeal to the High Court against the decision of the Customs Appeal Tribunal.

Issue before the High Court

Whether the Director General of RMCD has the power to use his own internal policy to apportion and reduce the claiming of input tax incurred before the GST registration date under Regulation 46 of the GST Regulations 2014.

The decision by the Customs Appeal Tribunal is set aside. The High Court ordered that the Company’s exceptional claim for input tax under Regulation 46 should be allowed in full and without any apportionment or reduction.

The important tax updates, articles and other exciting news that you don't want to miss.
Sign up now >>>
or talk to us 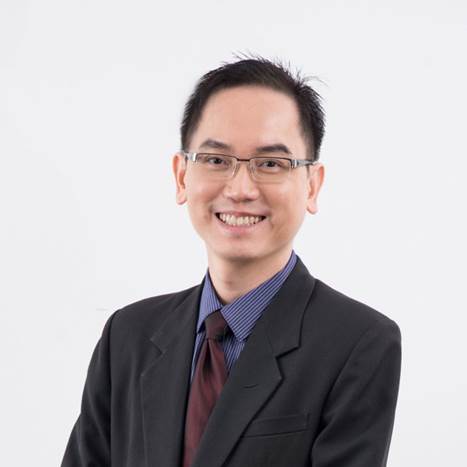