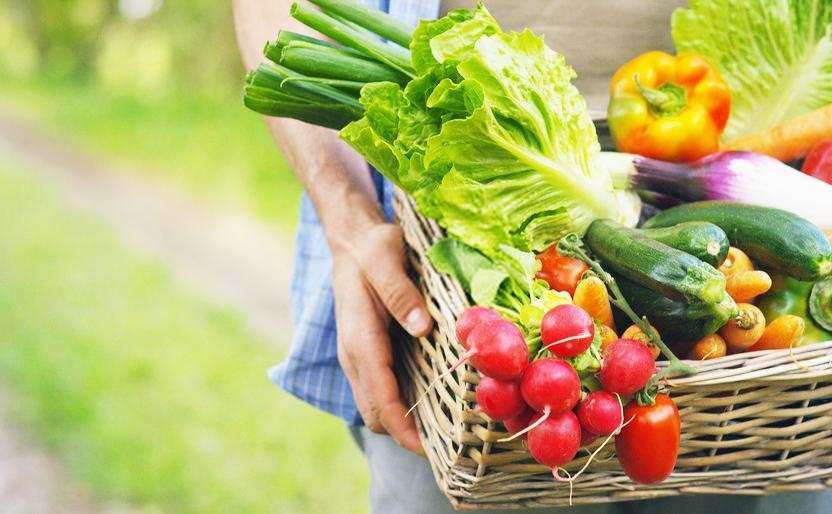 There are a number of food crops grown in Malaysia such as durian, rice, cocoa, bananas, coconuts and pineapple. Amongst all these crops, Malaysia is famed for some of its speciality fruits:

Almost a third of the world’s pineapples are produced in Hawaii and South-East Asia. The Josephine breed is a new cultivar with very bright prospects as a table-fruit. It is a selection from hybridisation between ‘Johor’ (Spanish breed) and ‘Sarawak’ (Smooth Cayenne breed) and released by the Malaysian Agriculture Research and Development Institute (MARDI) in 1996. It fruits very early and is cultivated on an annual cycle in Malaysia. The plant is vigorous and produces two to three suckers. Leaves are lightly purple-tinged, usually with spineless margins except for the leaf-tip. Crowns are medium, occasionally with multiple proliferations. Fruits weigh between 1.1 to 1.3 kg, are cylindrical-shaped with dark purple peel ripening to attractive orange-red. The flesh color is deep-golden yellow with strong aroma and sugar content between 17° Brix on peat soil to 22° Brix on mineral soil. ‘Josephine’ fruits have good storage-life and are resistant to black heart disorder or internal browning caused by low temperatures. This is an advantage that allows the fruits to be shipped for export under refrigerated containers.

Coconuts used to be one (1) of the major plantation fruit crops in Malaysia before the demand for Palm Oil eventually led to many planters substituting coconuts for palm oil. Nevertheless, it is still a sizeable agriculture industry for Malaysia. Coconuts are Malaysia’s fourth largest industrial crop behind oil palm, rubber and rice with most of the plantations found in Sabah and Sarawak. According to a report by the Malaysian Agricultural Research and Development Institute (Mardi), the country is among the top 10 coconut producers in the world, although production fell between 2014 and 2016.

Quite a number of large coconut manufacturing companies are present in Malaysia, such as S&P Foods, Linaco Food Manufacturing and Kapar Coconut Industries.

One of the particular breeds of rice that only grows in Malaysia, is the Bario Rice. Bario Rice (padi adan) originated in the Kelabit Highlands, also known as Bareo, in northeast Sarawak, Malaysia. The rice grows unusually in specific locality that are at an altitude of 1,100 meters, with the temperatures during the day remaining cool, ranging from 19-22 degrees Celsius. Known for its healthy low GI (Glycemic Index), the Bario Rice has now been registered as a product of Geographical Indication (GI) with the Malaysian Intellectual Property Organization (MyIPO). In most supermarkets, Bario rice is the priciest rice on the shelves, and yet there isn’t enough stock to go around.

Guan Chong Berhad, one of the largest cocoa processors in Southeast Asia, expects an increase in demand for cocoa in the upcoming years. This will be buoyed by investments from multinational corporations in Malaysia such as the Swiss giant Nestlé SA’s plan to build the largest Milo factory in the world in Negeri Sembilan and The Hershey Company’s new confectionery plant in Johor.

Managing Director and Chief Executive Officer of Guan Chong Berhad, Brandon Tay, said similar future investments, in addition to growing consumer demand, would support an estimated RM10 billion worth of downstream cocoa products in the country going forward. The company has a total annual grinding capacity of 250,000 tonnes, making it the joint-fourth largest cocoa ingredients producer in the world. A total of 130,000 tonnes is produced in Pasir Gudang, Johor while the balance of 120,000 tonnes is produced in Batam, Indonesia.

In recent years, durians have become a new source of agricultural wealth. More than 23,381 metric tonnes of durians were exported in 2018 bringing in RM118.2mil in revenue, according to Department of Statistics Malaysia.