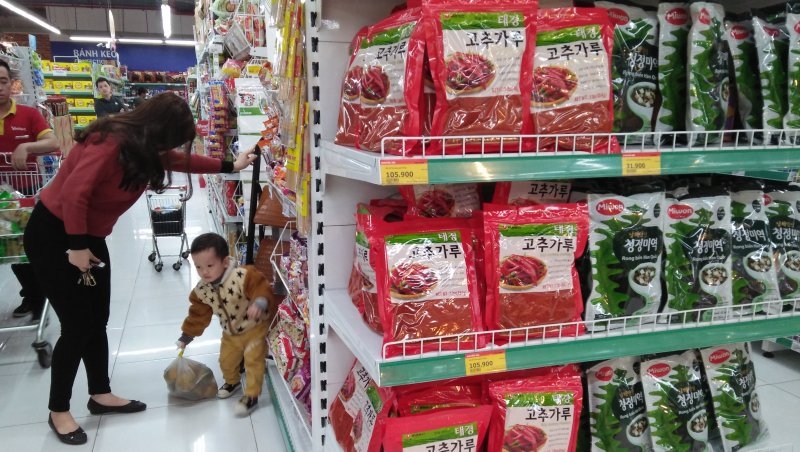 The Republic of Korea (RoK) continues to be the largest foreign investor in Vietnam thus far, making it a big investment success story in the country.

The latest statistics from Vietnam’s Ministry of Planning and Investment (MPI) showed that, as of February 20, 2019, the RoK was the largest foreign investors in Vietnam, with 7,592 valid projects registered at more than US$63.7 billion.

New York-based Kroll, a division of Duff & Phelps, which is the leading global provider of risk solutions, said that RoK investment in Vietnam “has been a success story,” and the RoK “remains by far the largest foreign investor in Vietnam.”

The positive position of RoK firms in Vietnam is a result of long-standing bilateral commercial relations. RoK FDI entered Vietnam in three waves.

After 1992, Vietnam experienced the first wave of RoK investment primarily focused on labour-intensive manufacturing in the garment and textiles sector.

The second wave, starting in the early 2000s, featured the increased manufacture of electronic goods. Most recently, the third wave focused on consumer goods, including retail and services.

Conglomerate CJ Group is a typical example of the third wave of Korean investment in Vietnam. The group came to the country in 1998. It now has a dozen

member companies in Vietnam, with business interests ranging from food processing, the production of fertiliser and feed, to TV shopping, film production and distribution. In 2016, it pledged an additional US$500 million investment in Vietnam, constituting the single largest investment of any RoK film in Vietnam during the year.

Last year, CJ inaugurated its sixth feed mill in Vietnam in the south-central province of Binh Dinh. The 4.1-hectare factory has a capacity of 150.000 tonnes per year, and total investment capital of nearly 30 million.

According to Kim Sun Kang, general director of CJ Vina Agri, Vietnam is becoming one of CJ’s major hubs for animal protein production in Asia. The firm started its feed production in Vietnam in 2001, with its launch in the Mekong Delta province of Long An. In 2006, 2008, and 2015 it constructed three more feed mills in Hung Yen, Vinh Long, and Dong Nai provinces. Earlier this year, CJ opened another feed mill in the northern province of Ha Nam and the company is constructing another mill in the Mekong Delta, bringing the total number of its feed mills in Vietnam to seven.

However, the most high-profile RoK investor in Vietnam is Samsung, which has been estimated to produce almost half of its smartphones at two factory complexes in the northern provinces of Bac Ninh and Thai Nguyen.

So far, Samsung has invested dozens of billions of US dollars in Vietnam, turning Vietnam into its global hub for manufacturing mobile phones. It is expected that in April 2019, Samsung will officially launch its Galaxy S10 mobile phone in the Vietnamese market.

LG Electronics has also invested heavily in Vietnam, opening a new US$1.5 billion production base in the northern city of Hai Phong, which manufactures OLED products for mobile phone, smart watches, TV and tablets.

The involvement of companies such as Samsung and LG has helped to persuade suppliers to those firms to invest in Vietnam as well. For example, Seoul Semiconductor Co. was granted a license in 2016 to build a semiconductor production factory in northern Vietnam, with capital of roughly US$300 million.

In another case, RoK’s biggest maker of telecommunications and LED equipment KMW has been operating a US$100 million 30-hectare project in the northern province of Ha Nam’s Duy Tien district, some 30 kilometres from Hanoi.

Samsung has not just been looking at electronics manufacturing opportunities in Vietnam. For example, the conglomerate’s insurance units, Samsung Life Insurance and Samsung Fire and Marine Insurance, have been exploring investments in Vietnam.

Other RoK companies have also been investing in the Vietnamese financial service sector, including Shinhan Financial Group, whose Shinhan Bank Vietnam has been expanding its branch network in key cities across Vietnam, and Shinhan Investment, which acquired a local securities trading firm in 2015.

According to the Korea Chamber of Business in Vietnam (KorCham), since it took effect in late 2015, the Korea-Vietnam Free Trade Agreement (KVFTA) has been one of the major propellants for a soar in the RoK investment and exports into Vietnam, thanks to slashed tariff cuts.

The KVFTA has further bolstered the countries’ bilateral relationship. As part of the agreement, the RoK agreed to eliminate 95% of its tariff on Vietnamese imports, while Vietnam will reduce 89% of its tariffs on RoK imports.

In terms of imports, the RoK was the second largest goods supplier of Vietnam, with Vietnam spending US$7.4 billion purchasing RoK goods, down 2.1% annually.

Last year, total two-way trade between Vietnam and the RoK reached US$66.2 billion, including US$18.3 billion worth of Vietnamese exports – up 23.2% on-year, and US$47.9 billion worth of imports, up 2% on-year.

Thus Vietnam has been suffering from a trade deficit with the RoK.

However, according to KorCham, the trade deficit is not negative for Vietnam, because many RoK firms have been boosting their investment and exports of machinery, equipment and materials to the country to serve their production here. A large part of the made-in-Vietnam products are also exported to foreign markets, including RoK.