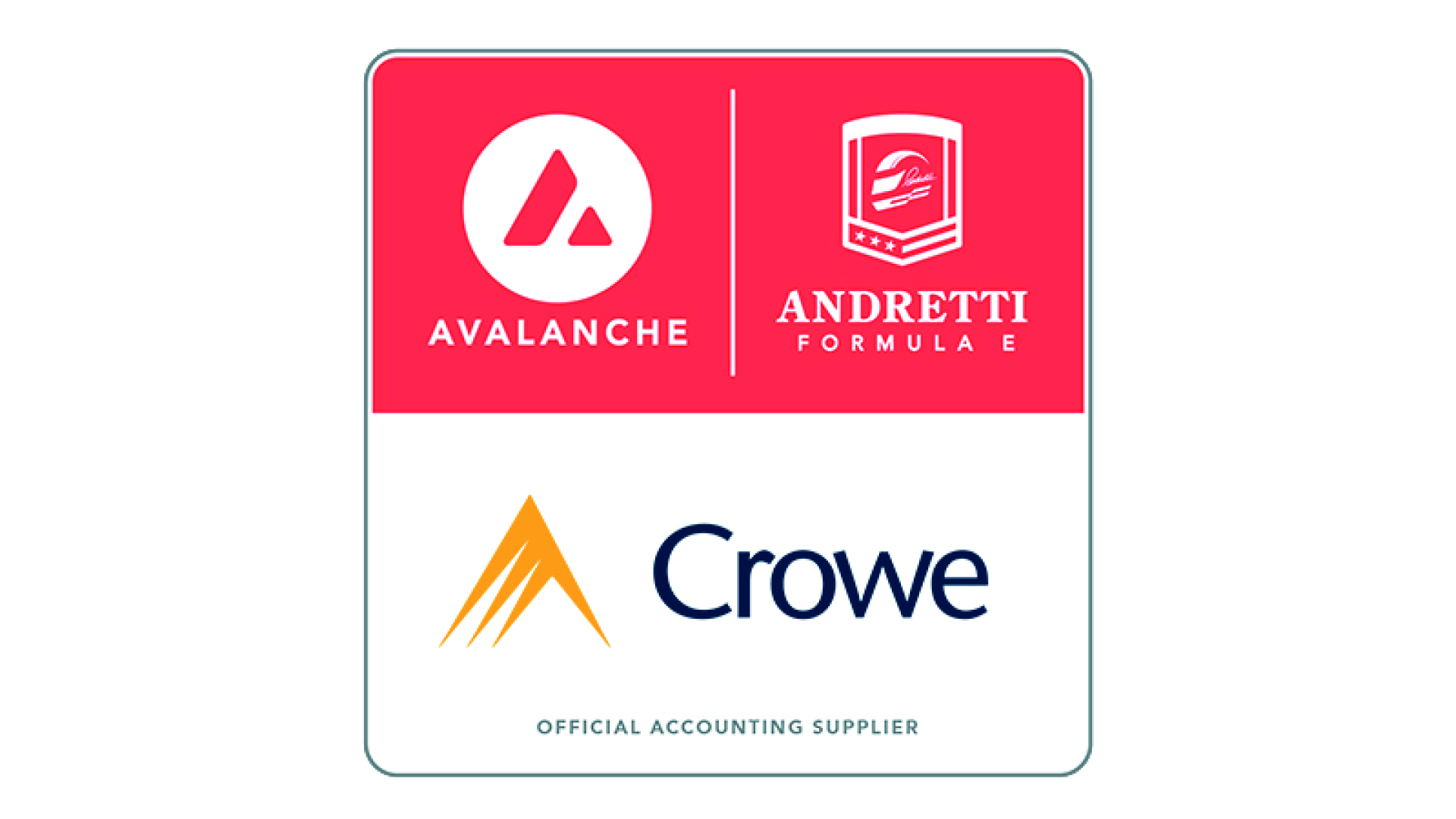 Avalanche Andretti Formula E has announced that audit, tax, advisory and risk firm Crowe UK has been named as the official accounting services partner for the team.

Crowe UK, a member of Crowe Global - one of the top 10 accounting networks in the world - will provide expertise in compliance with the FIA’s new financial regulations introduced ahead of Season 8. The new regulations were formed through collaboration between the FIA, ABB FIA Formula E World Championship and the Formula E Teams and Manufacturers Association and are designed to ensure a competitive series, encourage a commitment to responsible and efficient spending, and to maintain viable sponsorships.

“I want to commend the FIA and Formula E on implementing these new regulations,” said Andretti President J-F Thormann. “We feel strongly that the new regulations will encourage a competitive environment and are a positive next step in the future of Formula E racing. As an internationally renowned accounting and advisory firm, having Crowe UK help us manage the new cost cap will be vital in achieving maximum efficiency under the set financial standards.”

Crowe UK is a leading national firm with global reach and local expertise in addition to relevant expertise in cost-capping and financial fair play. As the UK member of Crowe Global and a leading audit, tax, advisory and risk firm, Crowe UK helps clients to make smart decisions that have lasting value wherever they choose to operate.

“We’re really excited to be working with Avalanche Andretti Formula E on this emerging compliance requirement” said Crowe UK Chief Executive Nigel Bostock. He added, “Financial fair play, sustainability and addressing new compliance challenges are critical both now and in the future, and we see opportunities to provide our expertise and support the team through this process.”

First conceived in 2011, Formula E is the leading global championship for electric motorsports and is the first, and only, sport to be certified net zero carbon footprint from inception. The ABB FIA Formula E World Championship brings dramatic racing to the heart of some of the world’s most iconic cities providing an elite motorsport platform for the world’s leading automotive manufacturers to accelerate vehicle innovation. In seven seasons of Formula E competition, including time spent as a BMW works team, Andretti has secured eight pole positions, 17 podiums and seven ABB FIA Formula E wins.

Avalanche Andretti Formula E Team Principal Roger Griffiths added, “When the announcement came that the FIA and Formula E would be implementing much needed cost controls, we realized very quickly that having some professional expertise to guide us through the compliance process would be critical. Crowe has proven to be that company. From our early meetings, they quickly grasped the guiding principles around the cost control regulations. Crowe’s professional services will be key to ensuring Avalanche Andretti Formula E’s compliance and efficiency of spend going forward.”

Season 8 of the ABB FIA Formula E World Championship will kick off on January 28 with the Diriyah E-Prix in Saudi Arabia. The Avalanche Andretti Formula E team will contest two full-season entries, utilizing the BMW Racing eDrive03 drivetrain, with two-time Formula E race winner Jake Dennis piloting the No. 27 Avalanche Andretti BMW iFE.021 and driver No. 28 entry to be named in the coming days.