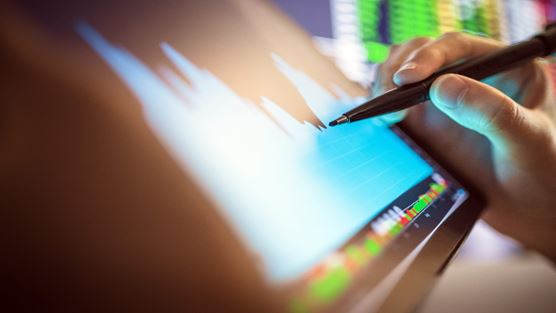 How does VAT apply to cryptocurrencies and NFTs?

Over the past few years, transactions involving crypto assets such as Bitcoin (and other cryptocurrencies) as well as Non-Fungible Tokens (NFTs) have gained prominence and popularity. However, the advent of their adoption has unavoidably led to uncertainty as to how VAT on these assets will apply, and how they will be regulated.

What are cryptocurrencies and NFTs?

A cryptocurrency is a form of digital asset based on a network that is distributed across a large number of computers. The decentralised nature of cryptocurrencies allows them to exist outside the control of central authorities.

The most popular and well-known cryptocurrency is Bitcoin. As well as mining (process of validating transactions and creating new bitcoin), activities involving Bitcoin include its buying and selling as well as providing an exchange platform for parties to trade Bitcoin with recognised currencies. Bitcoin can also be used as a form of payment and used similarly to fiat currency (government issued currency which is not backed by a commodity) such as Sterling and US Dollars.

An NFT is a kind cryptographic token that exists on a blockchain (a distributed database or ledger that is shared among the nodes of a computer network). An NFT cannot be replicated and hence it is unique, which has helped to create value in them. NFTs will often represent a certificate or right to real-world items like artwork, music and real estate and they can be bought, sold and traded. It has been reported that some NFTs have been sold for amounts pushing into the millions.

What are the VAT issues?

New cryptocurrencies and NFTs are emerging all the time. Identifying and characterising the types of transactions that are taking place, as well as where they are happening, is an ongoing struggle when trying to work out whether or not VAT is due and then, where that VAT would be payable.

The European Court of Justice (CJEU) issued an opinion on the VAT treatment of Bitcoin transactions in 2015 (case 264/14, David Hedqvist). This supported the UK’s HM Revenue & Customs’ (HMRC) previously expressed stance that cryptocurrencies should be treated as per other traditional currencies for VAT purposes and hence trading in them would usually be exempt. However, this case was limited to transactions concerning the exchange of bitcoins for traditional currencies and since then, the world of crypto assets and digital currencies has changed a great deal.

The main issue with NFTs from a VAT perspective is around identifying what is being supplied when an NFT is sold. The general view on this and one that has been stated by Spain’s Directorate General of Taxation and Belgium’s Federal Public Services is that the sale of an NFT should be characterised as a service and not a good. This should be the case even where the NFT is linked to an underlying good.

Having identified that the supply of an NFT is a service, it follows that its character lends itself to being subject to the VAT rules applicable to electronically supplied services (ESS). This is on the basis that NFTs are delivered over the internet with little to no human intervention required.

While this characterisation is useful, it does present challenges in order for the ESS rules to be implemented correctly. For example, a seller of an NFT needs to know the location of the customer as VAT will be due in this location. However, this is often difficult to identify as buyers can remain anonymous.

HMRC in the UK has yet to issue guidance or comments on the VAT treatment of NFTs, a position similar to that in many territories (Spain and Belgium excepted). It is expected that this will change over time and given the rulings already issued it would seem likely that the treatment can be, relatively, well expected. Until that does happen though, there will remain uncertainty.

What should businesses do?

For those dealing in crypto assets such as Bitcoin and NFTs, the lack of certainty on the VAT treatments has the potential to lead to some very confusing positions.

With the latest guidance from Spain, the likely scenario is that the sale of NFT’s will be subject to the ESS VAT rules and therefore VAT would likely be due where the customer is located. However, this will mean that determining and gathering evidence to confirm if the supply is made on a B2B or B2C basis, and also where the customer belongs, will be critical in order to know the rate of VAT to apply and also how it is declared to the relevant tax authority.

The good news with regards to having more certainty is that the EU’s Directive on Administrative Cooperation 8 (DAC 8) is intended to cover the tax treatments, rules and ownership regulations of crypto-assets and e-money. This will hopefully mean more concrete guidance to be relied upon. And although the UK is no longer in the EU, we can probably expect the UK authorities to adopt some or similar of these proposals in its own guidance and rules.

For the meantime though, care should be taken to support any treatment that is applied and that carefully explained to counter and related parties so it is clear as to why and when VAT is being charged. This should assist those businesses making the supplies of NFTs and cryptocurrencies to at least be able to have supportive filing positions until appropriate legislation and guidance is received.

Our experienced VAT team can help you with your VAT queries. Please get in touch with Rob Marchant, Rob Janering or your usual Crowe contact.

How do UK businesses keep on top of an ever-changing VAT regime?

We discuss how changes in the value-added tax regime are altering many UK businesses’ approach to dealing with compliance.

Do you know where the tax risks are in your business?

Businesses must address the processes and controls in place to ensure good tax governance and tax risk management.

What does it mean and what should you do to clarify your position?

How do UK businesses keep on top of an ever-changing VAT regime?

We discuss how changes in the value-added tax regime are altering many UK businesses’ approach to dealing with compliance.

Do you know where the tax risks are in your business?

Businesses must address the processes and controls in place to ensure good tax governance and tax risk management.

What does it mean and what should you do to clarify your position? 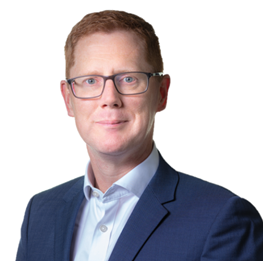