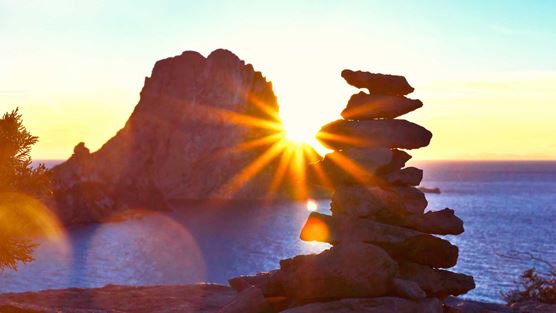 Now that the UK has a new prime minister and cabinet office, organisations are looking to gauge what their appointments might mean for tax policy. They will not need to wait long to find out, with a fiscal statement, or mini-budget, to be delivered on 23 September 2022. Tax cuts are expected to take centre stage.

Like many other countries, the UK is dealing with the effects of the COVID-19 pandemic and the war in Ukraine. The spectre of Brexit also still looms large. These significant issues have contributed to eye-watering amounts of borrowing, not seen since the immediate aftermath of the World War II. We are facing double digit inflation, slow supply chains, and stagnant growth. Alongside this gloom, economic downturn and potential recession represent further clouds on the horizon, with the Office for National Statistics noting recently that the slight rebound in growth rates in July has not removed the risk.

Within this context, Prime Minister Liz Truss and new Chancellor Kwasi Kwarteng have said they want the focus to be entirely on growth, and not on worrying about borrowing. This is an optimistic perspective, and the jury seems to be out as to whether the prime minister’s optimism—that we can grow ourselves out of the current difficulties in the UK economy—is visionary or foolhardy.

Throughout her campaign for the leadership, Truss’s central pitch to the Conservative members was that high tax stifles growth. This pitch has translated into headline-grabbing promises to reduce tax rates. However, if the plan is to drive growth by incentivising business to invest more in equipment, technology, and training that will boost UK productivity, then other changes will be needed in addition to rate cuts.

The first and most prominent of Truss’s promises in hustings was to scrap the planned increase in corporation tax rates. When the previous chancellor, Rishi Sunak, announced a rise in corporation tax rates, it was not unexpected. What was a surprise was the quantum of the increase by a full six percentage points, taking the rate from 19% to 25% from April 1, 2023. Business had been expecting 20%, 21% or possibly at a push 22%. This new rate of 25% would take the UK to the top end of tables of G-20 countries with high corporation tax rates.

The sting in the tail of the announcements of the corporation tax rate increase was the reintroduction of a small companies’ rate of 19% for companies with profits below £50,000 ($57,000), with all the complication of marginal rate relief calculations and considerations where profits fell between £50,000 and £300,000. The small companies’ rates introduced complexity in place of simplicity—a complexity that many who have been in practice for years had hoped they would never have to consider again, and a step in the opposite direction of the simplicity in the tax system that many have been calling for.

Scrapping the rate increase may be popular, but on its own is unlikely to be enough to stimulate investment. This is because it’s not just the headline rate of corporation tax that matters. If encouraging investment is the objective, then the chancellor could do well to introduce more generous and more permanent tax reliefs for investment in business assets that will improve performance and productivity. In the UK, one tax relief for businesses investing in capital purchases is given via the capital allowances regime.

In the last budget, a capital allowances super deduction was introduced. This gave 130% tax relief for certain qualifying capital expenditure (for example, on plant and machinery equipment) incurred between April 1, 2021 and March 31, 2023. While the super deduction was widely welcomed, the qualifying conditions and mechanics of it are complex, and the relief is time restricted. The time restriction may have been intended to accelerate investment as we emerged from COVID-19, but government statistics indicate that the relief has not generated the level of investment intended.

We also already had an annual investment allowance (AIA) which gives 100% tax relief for qualifying capital expenditure. The policy objective of the AIA, which was first introduced in 2008, was to “stimulate investment in the economy by providing an increased incentive to invest in plant and machinery and to simplify the tax relief for this.” The policy objective from 2008 seems entirely fit for a Truss-led government today. The AIA currently gives 100% tax relief on up to £1 million of qualifying expenditure each year.

The problem is that the AIA has always been time limited at its introduction. This means that businesses have only ever had a one- or two-year horizon of certainty to plan for the net of tax cost of their investment.

To really stimulate investment, the chancellor should consider a longer term or possibly permanent AIA for £1 million of expenditure. Doing so would give business the certainty about how much, after tax, their investment will cost them over a longer period and would help stimulate more consistent investment strategy by business and ongoing tax efficient investment in improving productivity. This policy would no doubt cost a lot, but if it kickstarts the UK’s productivity, the cost would be worth it.

A permanent AIA has the massive advantage of simplicity, as it means that most businesses other than the very large investors will not need to carry out a difficult analysis of expenditure into the different categories of expenditure qualifying for different rates of tax relief.

With tax cuts on the cards, it will be interesting to see whether the impact of the global minimum tax proposals is taken into account. In the absence of unity in the EU, five member states have indicated they will go ahead and introduce the proposals that attempt to give an effective minimum tax rate of 15% for multinational enterprises. One of the drivers has been to try and eliminate tax competition between countries.

The UK has been supportive to date, but implementation is slowing down or stalling in various parts of the world. A growth agenda where reduced taxes will play a significant part may be at odds with signing up to the proposals. As the new prime minister and chancellor consider their options, they will need to be mindful of the international context in which they operate and the signals they send out. The UK may be a long way from becoming “Singapore-on-Thames"—but the first fiscal event may give some clues as to whether it aspires to be.

During the Conservative Party leadership campaign, the prime minister also promised to scrap the 1.25% national insurance/social care levy. The social care levy comes into force from April 6, 2023, with the policy objective being to fund increased spending on the National Health Service without extra borrowing. For this current tax year to April 5, 2023, there is a temporary increase in national insurance (NI) by 1.25%. Scrapping this 1.25% tax will not be a surprise. It has been controversial since it was announced and looks likely to go, given that it does not provide targeted support to those most affected by the cost of living crisis, and benefits higher earners the most.

More generally, NI is the second largest part of the tax revenue in the UK and is an area that has been crying out for reform for a long time. However, it seems unlikely that broader tax reform and simplicity will be high on the prime minister’s agenda right now. If it was, then tackling the different overall NI and post-tax outcomes for the employed, the self-employed, and those operating through companies would be a good place to start. This is an area that has been the subject of discussion and debate by various parliamentary committees, tax policy makers and the Office of Tax Simplification, and “taking the bull by the horns” is long overdue.

One reason this more wide-reaching NI reform has not progressed is because there will be vocal “losers” if NI rates on self-employed income is increased. If the government wanted to soften the blow of NI increases arising from aligning NI treatments, then it might be a good tactic to deal with the raft of NI increases and decreases at the same time. However, an overhaul of NI is probably in the “too difficult” pile for the prime minister, with all that she already has on her plate right now, so she will probably kick the can of further NI changes down the road.

This article was first published in Bloomberg Tax 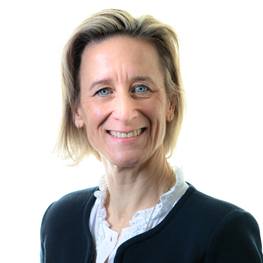