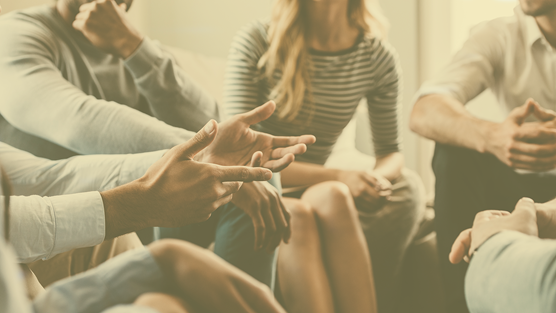 There is still confusion about the rules regarding the accounting treatment for multi-year grant commitments, and it is important to recognise that the Charity SORP allows different treatment based on the substance of the transaction.

Many charities account for grants when the award is made, even if that award may be disbursed in subsequent accounting periods. This depends on the fact that the charity is satisfied that, based on the relationship with those to which it makes the grant, a liability is created once the grantee is notified that the grant has been awarded. Others believe that the substance of the grant agreement is such that although the charity has awarded a multi-year grant, the accounting liability arises for a different period. Both treatments are acceptable under FRS 12 (Provisions, Contingent Liabilities and Contingent Assets) and the Charity SORP.

What is a liability?

FRS 12 emphasises that a provision should be recognised when:

Unless all three conditions are met, no provision should be recognised. The FRS also clarifies that for an event to be an obligating one, it is necessary that the entity has no realistic alternative to settling the obligation created by the event. This will be the case only where the settlement of the obligation can be enforced by law or, in the case of a constructive obligation (see below), the event (which may be an action of the entity) creates valid expectations in other parties that the entity will discharge the obligation. The only liabilities recognised in an entity’s balance sheet are those that exist at the balance sheet date.

FRS 12 explains: ‘In rare cases, it is not clear whether there is a present obligation. In these cases, a past event is deemed to give rise to a present obligation if, taking account of all available evidence, it is more likely than not that a present obligation exists at the balance sheet date.’ Note that it also explains that there may be an accounting liability even when there is no legal liability. The Charity SORP also confirms: ‘A liability will arise when a charity is under obligation to make a transfer of value to a third party. The liability and related expenditure should be recognised in full in the charity’s accounts as soon as the obligation arises.

A constructive obligation is defined by the SORP as an obligation that derives from an entity’s actions where:

Making a decision to commit funds is not enough; the decision must be communicated to the intended recipient of the funds before the accounting reference date in a manner that creates the ‘valid expectation’.

Note that constructive obligations will not require full commitment accounting where they relate to executory contracts (unless they are onerous). The term ‘executory contract’ is generally used to refer to those under which both parties are still to perform to an equal degree the actions promised by and required of those under the contract. Therefore, a three-year staff contract or a building on a multi-year lease will not lead to multi-year liabilities.

It is important to consider the grant agreement to establish whether there are conditions that might impact on the recognition of a liability. The SORP explains this in paras.158 to 160, and clarifies that if there are conditions such as substantive midterm reviews or other conditions that realistically mean that the grantor can and would avoid future expenditure, then a liability should not be recognised for such expenditure. If there is no condition attached to the grant that enables the charity to realistically avoid the commitment, then a liability for the full term of the funding should be recognised.

This is analogous to an executory contract or an exchange transaction, and expenditure is accounted for only in line with the provision of the actual service.

There are two aspects of this definition and both have to be considered when deciding on whether a grant is a performance-related one. This means that the charity must have systems to monitor the work actually completed. This information is sometimes not adequately reported by the recipients. There are additional complications where there are different deliverables which may have achieved varying levels of performance.

In some cases, the grantee’s expenditure may equate to performance.

To avoid accruing a multi-year commitment, it is necessary to construct the grant agreements so that it is clear that an award is, in effect, being renewed annually (or for some other stipulated period). This is done by the insertion of clauses that establish that further payments are conditional on the charity being satisfied that it is appropriate to continue funding. A clause that the payments would be contingent on funds being available is in itself not usually a condition that prevents expenditure from being recognised. Where a mid-term review is used, the caveat is that the review must be one of substance, and that there should be evidence of it.

Some believe that there must be evidence that the grant-maker has actually stopped a grant. My view is that this is not necessary and the test is to show that the review process ‘has substance’. In effect, the charity should be able to show why it is appropriate to continue funding the grantee and the basis of which the next period’s funding has been granted. It is important to ensure that this process is not undermined, for example, by making subsequent payments before the review or by some understanding with the recipient that they are bound to get the future payments. It is also vital that this process is communicated at the outset, so that it would be reasonable to conclude that a constructive obligation did not extend beyond the review date.

As explained in para.155 of the SORP, the issue of whether a constructive obligation exists is a matter of judgement when all the factors are considered together, and it is important that the grant recipient is not led to believe that the grant is automatically payable for the whole period. The charity should avoid giving out any mixed messages that in any way negate the relevance and importance of the mid-term review as a way of authorising further funding.

The SORP follows the principles of FRS 12 and explains that where provisions are accrued in the current financial year, but are to be paid over several years, then future payments may have a reduced value in today’s terms (current value). Where the effect is material, the outflow of resources required to settle the obligation at the balance sheet date should be discounted to their present value.

Some funding agreements may require additional inflationary payments. In such cases, these may equate to the discount, and discounting may not be necessary where the actual payments made are going to be greater than the amount accrued as a result of future inflation. The difference in the amount paid and the amount accrued should not be treated as grant expenditure, but rather as a finance cost.

Several charities that previously did not account for a full multi-year grant have now started doing so. The question then arises as to whether this requires a prior period adjustment. FRS 3 explains that most items relating to prior periods arise mainly from the corrections and adjustments which are the natural result of estimates inherent in accounting, and more particularly in the periodic preparation of financial statements. They are dealt with in the SOFA for the year or the period in which they are identified, and their effect is stated where material. They are not exceptional merely because they relate to a prior period; their nature will determine their classification. Prior period adjustments – prior period items which should be adjusted against the opening balance of funds – are rare and limited to items arising from changes in accounting policies or from the correction of fundamental errors.

When changing the basis, it is important to consider the grant policy and whether there is a change of accounting policy that merits a prior year adjustment. In some cases, the position is that the charity has always had a policy of accruing for grants if they met the tests as set out in the SORP. It may rightfully have believed due to substantive mid-term reviews there was need to accrue grant expenditure only until the next review date. At a later stage, having reconsidered the review process as it is operating, the grantor may be of the opinion that, in practice, the review would not lead to the termination of grants, notwithstanding the clauses in the agreement. In effect, the grantor believes that there is an accounting liability that should be recognised, even though there may not be a legal liability. Therefore, the full amount of the award should be recognised as a liability. In such cases, there is usually no change in accounting policy or correction of an error. Rather, the accounting treatment is now reflecting the changed circumstances that the review process is no longer a review of substance.

This area has caused much debate with grant-makers. Some are adamant that the full accrual for a multi-year grant is the correct way, while others believe that it is not. It is important to appreciate that the accounting policy should reflect the substance of the agreement, as well as the agreement as stated. It is not acceptable to flip from one policy to another without there being a real change in the underlying circumstances. It is, however, correct for a charity to treat different grants in different ways to reflect the substance of the agreements.

Finally, I do not think that the accounting treatment should impact on the operational issues of how much to commit. But it is critical to recognise that a partial accrual policy means that the amount that a charity shows as a liability on the balance sheet would be less than full commitment accounting. Care should be taken to ensure that it does not lead to over-commitment on the basis of future income expectations. There have been examples in the past where supposedly secure income streams have led to grant-makers not being able to meet the full term of payments. Whatever the accounting policy, the charity should ensure that it does not over extend itself as having to curtail grants due to income constraints can be damaging to reputation. 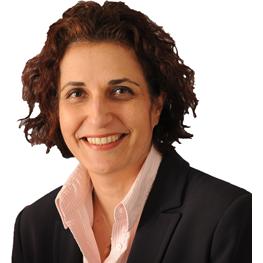