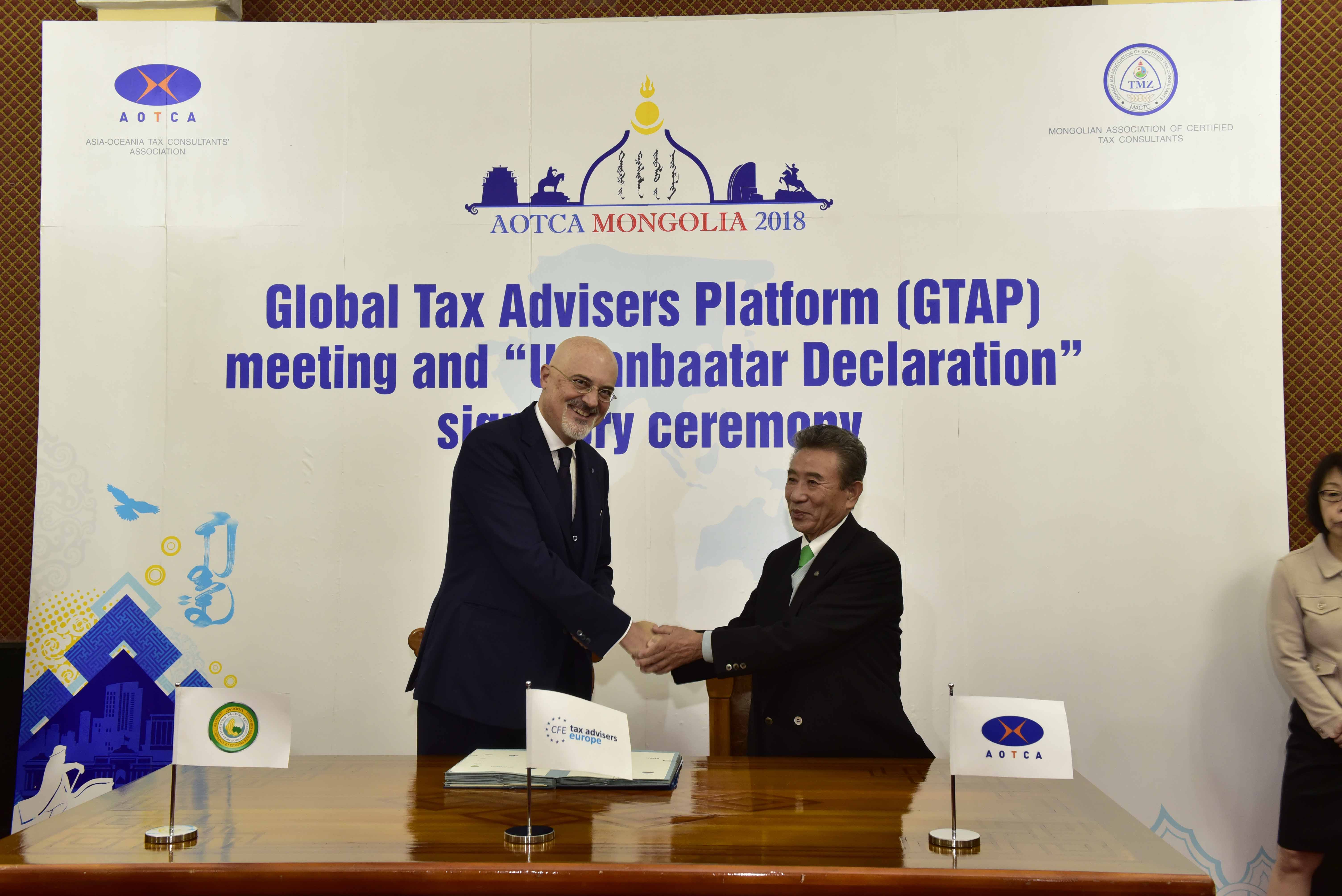 GTAP was established by CFE, AOTCA and WAUTI, who collectively represent more than 500,000 tax advisers in Europe, Asia and Africa. GTAP is an international platform that seeks to bring together national and international organizations of tax professionals from all around the world. GTAP’s fundamental principle is that taxpayers’ and tax advisers’ interests are better pursued and served within a fair and efficient global tax framework.