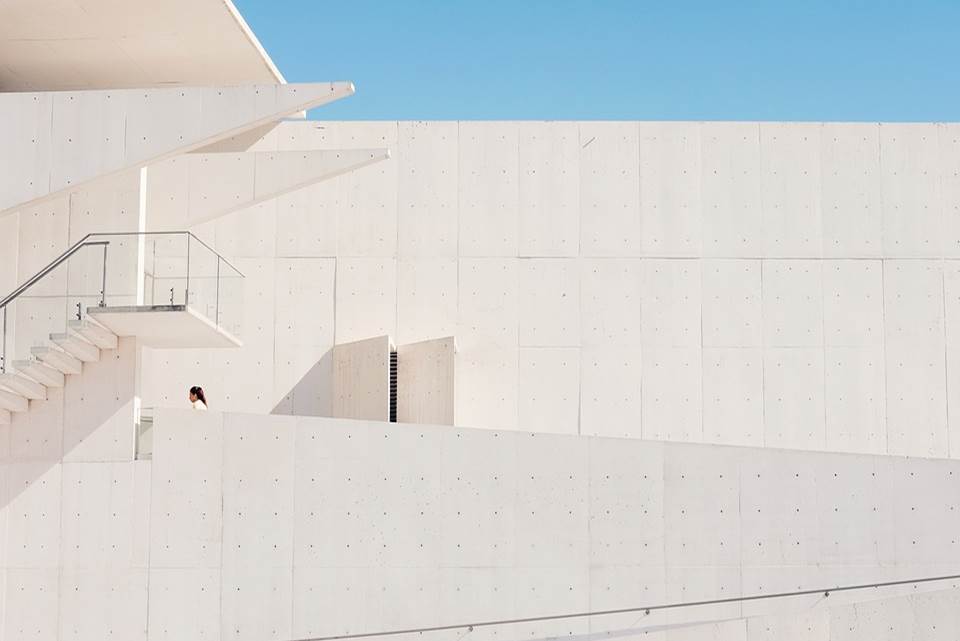 The Thinking Behind our Methodology

We began our company search by collecting a list of public companies from 34 established sources, which ranked companies in different regions, sectors and performance characteristics. These sources encompassed the three industries we focus on: manufacturing, healthcare and real estate. Many of the companies in these indices were privately held; we excluded these from the index this year, as we did last year, due to the difficulty in finding the vital financial and employee composition that go into our analysis.

After a collection of over 300 initial companies to consider for the 2019 index, we ranked the companies in order of Growth, measuring the percentage change in revenue over one and five years. We achieved a final list of 115 companies to allow for flexibility near the lowest ranking companies in the index.

With the final compiled list, we looked to analyze our four pillars of success in decision-making: Growth, Diversity, Boldness and Innovation. Two of these pillars, Diversity and Innovation, are based on subjective analyses of the value they inherently bring to decision-making. The other two, Growth and Boldness, are a purely objective analyses of company performance and efficiency improvement over one-, five- and ten-year periods, using these values as evidence of smart decisions being made. To make Boldness a tangible factor we have looked at it as an efficiency measure, taking into account which companies have grown disproportionally compared to their employee count.

Scores were assigned for each success pillar to each company, and the sum of the four scores were averaged to arrive at a relative score. The companies were finally ranked according to their relative success to the other companies

Arguably the most important output to analyze as a factor for assessing decision-making in corporations is sustained growth. Corporate performance through revenue growth is the simplest and most adaptable form of this comparison with public ownership. No single statistic reveals the entire story behind a company’s expansion, especially as many corporations with high revenues may struggle to turn a profit. Any chosen method has its advantages and drawbacks: for example stock price can overemphasize the speculation and potential of future growth or economies of scale, and whilst profit can be an indicator or success, it may not capture growth in the widest context; after all, Amazon operated for decades at a loss as their revenues and market share skyrocketed. While last year’s index focused on stock prices and calculated the effects of stock splits and stock values in international trading markets, shifting to revenues analysis helps to reduced statistical bias and outsider influence.

All companies included in the index were public, and revenues were taken from public financial statements. Growth was calculated through relative revenue growth, over one- and five-year periods, from the years 2013, 2017 and 2018. Two different values were found: the average growth (in percent) of the company from 2013 to 2018, and the growth of the company (in percent) from 2017 to 2018. The final growth value was then calculated by weighting the one-year growth 20% of the total revenue increase. This allowed for our index to reward those companies who had increased its revenue more recently compared to the past five years, while not detracting from companies who had strong comparative growth over a five-year period and slightly dipped from 2017-18.

Arriving at our weighted final growth score, the index was sorted by largest to smallest growth, and each company was given a score according to their relative ranking. Using an initial index of 115, the company with the highest growth over five years was given a score of 100, and the one with the least growth was given a score of -15. Seeing as growth was an objective statistic without room for interpretation, there was no segmenting the values or need for a normal distribution, which would have overvalued a cluster of companies at the top of the growth index comparatively.

Boldness is the trait of making courageous or unconventional decisions, sometimes in the face of adversity. Boldness is a willingness to confront risk head-on, or to forge new paths in the marketplace. Boldness is the opposite of fear.

All those things make it a difficult characteristic to measure. Bold decisions are primarily based on context, which often involves information unavailable to the general public or any research team. Many bold decisions aren’t revealed until much time has passed, if at all. In addition, bold decisions can be made in so many different situations and environments that they are likely never the same across industries and can even differ within sectors.

A key component of our research had to recognize bold decision making that has led to tangible beneficial outcomes for the companies featured in our index.

Last year, this index used a news audit to point out bold decisions made by the selected companies. While last year’s research was thorough and in-depth, this year we wanted to adjust our perspective of boldness to better reflect company-wide boldness.

We hypothesized that, over time, those firms making bold decisions would be identifiable by company makeup compared to size, displaying more rapid growth as a function of headcount than others. We refer to this measure of revenue per capita as a form of ‘efficiency’ in our reports. The companies who were the best at making bold decisions would have grown disproportionally compared to their employee count.

To measure the efficiency of boldness we have observed what companies have achieved with fewer people. We calculated this by looking at the revenues and employee sizes of companies from the years of 2008, 2013 and 2018. Taking those values, we calculated revenues per employee for each year; however, some of the companies were too young or had not yet gone public in 2008. After finding these values, we determined the percentage change in revenues per employee from either 2008 – 2018 or 2013 – 2018. This allowed us to see how much the company had grown in proportion to its size, our definition of boldness. We chose the year of comparison (2008 or 2013) based on availability and accuracy of information.

Like the Growth pillar, the values calculated through our analysis were sorted largest (greatest increase in revenues per employee) to smallest, and given subsequent scores based on its relative ranking. The top company was given a score of 100 and the bottom ranking -15. There was no need to segment this pillar into groups, like in Diversity, since there is an obvious improvement from one value to another.Content: [No text in field]
Innovation

Innovation is the power of something new. The steam engine. The cotton gin. The iPhone. It’s disruptive, exciting and sometimes a bit scary. Innovation alters the way people think and live, and can have broad political and social effects. Innovation is change.

Innovation transforms businesses, industries and economies. There is no denying the impact that innovation has on decision-making, whether it’s through new approaches to old methods or the formation of an entirely new method. Yet this impact can often be difficult to assign numerical value, and many innovations that have been created have not yet been realized by the media or other companies. However, there is no doubt that, with time, successful innovations are recognized and praised. Understanding this, we set out to approach our innovation pillar through finding all innovations the companies in our index were recognized for between 2017 and Q1 2019.

Innovation in a corporation exists through both applicability across the company as well as the rate at which the corporation innovates. To measure this, we conducted an extensive media audit for each company, finding the number of recognized innovations. The innovations were measured across four categories: Purpose, Product, People and Performance. Awards included, but not limited to, the most sustainable companies, the most innovative companies, the fastest growing companies and companies awarded the best place to work, as well as product innovations. The final innovation value was calculated by weighting the total number of innovations 80% and the number of categories fulfilled 20%, giving slightly more importance to breadth of innovation over depth.

The positive effects of diversity on decision-making performance have been thoroughly reported. However, the value placed on a variety of perspectives and experiences, while widely acknowledged, can be difficult to measure in the corporate world, especially in terms of decision making.

In order to adequately assign a value to this advantage, we analyzed the board and C-suite executives of each of the 115 companies in the index. While decisions are made daily from thousands of individuals within a single organization, the ripple effects of the decisions made by the most powerful individuals are the most robust and affect the direction of the company.

Similarly, the diversity exists through multiple intersecting spectra, creating another issue for measurement. In the Crowe 100 Decision-Making Index 2018, we attempted to navigate this obstacle by narrowing down our planes of diversity to gender and nationality. In this year’s index, we again narrowed our scope to only focus on gender diversity. In an ideal situation, we would be able to access the information to measure all types of diversity of individuals on the board – ethnicity, gender, sexual orientation etc. However, by focusing the measure to the most easily accessible form of diversity, we can reduce any collection bias, and use this as a proxy for diversity in its widest context.

Our research used public records to find the breakdown of gender diversity both on the board and executive levels, from 2018. Results were primarily found through company websites, annual reports and other publicly available data.

After arriving at the gender breakdown, we calculated the difference between the male and female percentages and subtracted it from a baseline of 100%, expanding the range of values from 0% - 200% and making comparison more easily visible.

Midea Group is recognised in our index as the firm with the highest diversity differential in favour of women and can be used as an example here. Using the above formula, we take the percentage of female board members (82%) away from the percentage of their male peers (18%), which gives us -64%. We then subtract that number from our baseline of 100% to give us a final 164% differential score in favour of women.

As discussed, diversity and its effect on decision-making is apparent, but difficult to place a value on. With this in mind, we segmented our companies into three scoring groups, based on level of diversity. 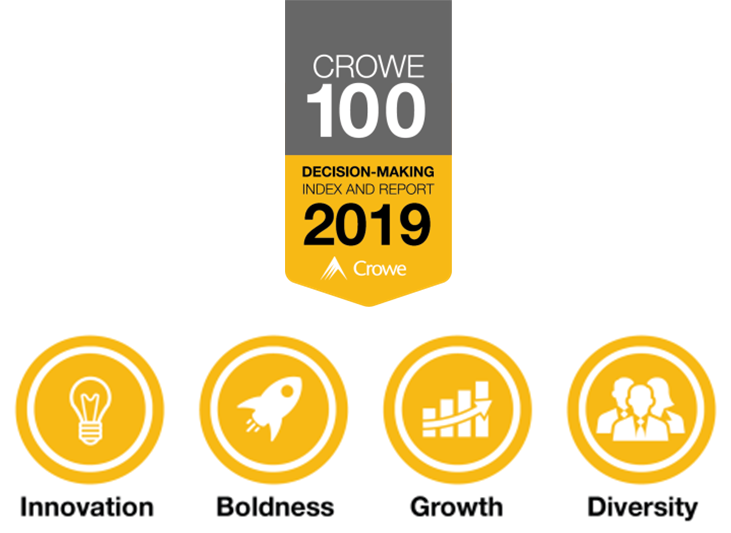