Under the same affiliation to the international network Crowe Global

Two leading Tunisian accounting firms, founded respectively by Sleheddine Zahaf and Noureddine Ben Arbia, have decided to work in synergy, under the same affiliation with the international network Crowe Horwath International, ranked 8th largest worldwide network. While keeping each one's own autonomy, but by combining the putting into force of their skills and expertise, they accelerate their development under an international signature of reputation and great confidence and unite to ensure joint missions.

The first Tunisian affiliation to Crowe Horwath goes back to 1996, when Noureddine Ben Arbia was an independent chartered accountant at ACF, which was to carry the Horwath ACF brand in 1999. The evolution of accounting professions (auditing, consulting and assistance) in the public and private sectors, the increase in demand with complementary sharp specialties and new flows of foreign companies in Tunisia and Tunisians abroad have made it necessary to conclude a useful partnership between Zahaf and Ben Arbia Cabinets.

"In addition to the quality of our professional relationships and personal affinities, emphasizes Noureddine Ben Arbia, two essential elements have presided over this partnership. First, the shared determination to ensure better development under an international brand and to provide customers with high-level services, with the high international standards required. Secondly, the desire to ensure the reinforced supervision of the teams and the durability of both firms, by being tied to a first-rate international network. " 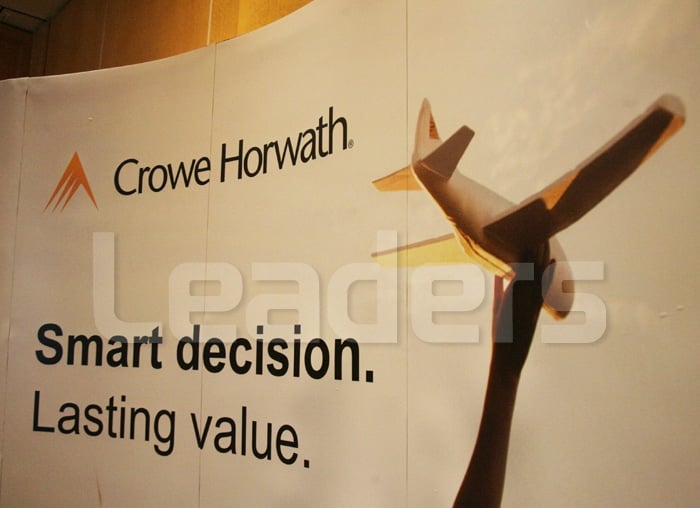 "Three big winners in this operation, explains his side Sleheddine Zahaf. Crowe Horwath which is enriched in Tunisia by a second affiliate, Cabinet Zahaf, in addition to Ben Arbia Cabinet, and strengthens its network on the African continent. The two firms aiming for more growth and solid sustainability with more shared means and the contribution of the international network. Customers who will receive all the appropriate support. In particular, Tunisian companies, which are expanding internationally, and in sub-Saharan Africa in priority, will be able to count on useful support in more than 25 countries on the continent. Whether it is prospecting, concluding contracts, setting up companies and other mergers and acquisitions, they will be supported under the guidance of the two Tunisian firms by their colleagues in the countries concerned. "

In fact, Sleheddine Zahaf and Noureddine Ben Arbia, both chartered accountants, are of the same age and the same generation of accounting students from IHEC. They were in the same class in the late 70s and early 80s and recognize themselves as having the same morality of professional ethics in addition to their personal and social qualities. Over the course of their 35-year career, with good and less good times and times, they have built structures that respect each other and have made their name on the market, worthy of respect.

Sleheddine Zahaf, after completing the years of regulatory internship, founded in 1986 his accounting firm. In 2001, he was joined by his younger brother Mahmoud Zahaf, a chartered accountant. He currently heads the firm "Cabinet Zahaf & Associés" which is also associated with a young chartered accountant, Mohamed Triki, registered on the roll of the Order of Chartered Accountants of Tunisia in 2012. Currently, the firm has sixty of collaborators between budding accounting experts and accountants and mainly involved in the private sector and counts among its clients several important locomotives groups of the Tunisian economy. He accompanies his clients in their national and international development and plays the role assigned to him in the economic development of the country.

Noureddine Ben Arbia joined the profession in 1994 after completing the regulatory internship, a seven-year stint at two local banks and three years as an accountant advisor. He continued as an independent chartered accountant in the framework of ACF, which was listed on the roll of the Tunisian Order of Chartered Accountants in 1996. In the same year, the company joined the international network. accounting and consulting firm called "Horwath" ranked 12th worldwide. In 1999, and at the request of the network, his name was in the corporate name that became "Horwath ACF"

The firm has developed into the accounting profession (auditing, consulting and assistance) in the public and private sector; Since then, he counts among his clients important companies and companies representing references in the economic fabric of the country. Crowe Horwath International was established in 2016 as the 8th largest international network; it is ranked 6th international network in Asia, 2nd largest audit and consulting firm in China and 5th in Germany and UAE. Created since 1915 under the name of "Horwath & Horwath", the "Crowe Horwath International" network, which specializes in auditing, tax advice and business assistance, currently has more than 35,000 Partners and professionals around the world, present in more than 130 countries, is currently ranked among the most respectable international networks and recognized by the quality of services of its members and proximity and responsiveness to customers.