The COVID 19 Pandemic-One Year On

As the MSM listed SAOG companies have all now reported their preliminary unaudited 1st quarter 2021 results, we can try and unpick where the Oman economy stands one year after the COVID 19 Pandemic surfaced.  The picture is actually mixed, with companies in the Financial Services, Construction and Manufacturing sectors posting improvements whilst all other sectors have posted declines. 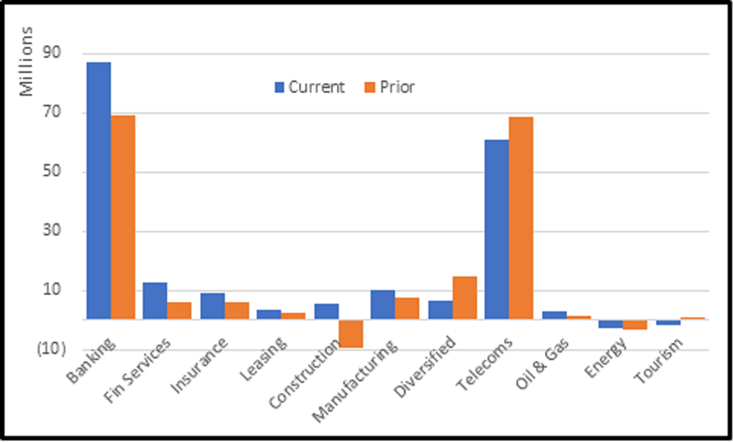 In all economies, the Banking sector has exposure to all other sectors, so is often seen as the best universal barometer, as they book provisions in advance of expected credit losses (IFRS 9 ECL).  Due to this advance accounting, the banks recorded large provisions in 1Q20 as the scale of the pandemic became apparent and have not subsequently required such large increases to provisions in 1Q21.  However, care should be taken as the ECL models the banks use to make these advance projections have never been tested against such an unprecedented economic scenario.  Also, hidden within the bank’s portfolios of performing loans are a large volume of deferred loans (where borrower repayments have been suspended).  Again, the ability of the ECL models to predict how many of these loans will eventually result in defaults is extremely questionable.

Another sector that is central to the Oman economy is Construction and which has also posted substantial improvements in profitability, returning from losses to profits.  However, the picture here is mainly due to the restructure of the balance sheets and operations, as 2020 saw the large companies take write downs on receivables from prior years that were quite obviously never going to be received.  Also, with significantly reduced activities over the past year, many companies restructured their operations and are benefiting from the cost savings in 1Q21.   However, the large construction firms, as we all know, are just the tip of the iceberg, as their activities ripple throughout the economic chain and particularly deep into the private family groups as well as the SME sectors, which are not captured in an analysis of SAOG companies.

With the ongoing worldwide restrictions on travel, the Tourism sector remains subdued.  However, looking at SAOG companies alone provides only a limited picture as the majority of the Oman hotels and airlines are privately owned.  The downturn in the Diversified sector mainly reflects a large one-off insurance receipt recognized by Salalah Ports in the prior year.

The other sector worthy of special mention is Telecoms.  With the increase in working from home and general social usage of the internet, it would be intuitive to expect this sector to benefit from the pandemic.  However, unfortunately, the Telecoms revenue base is largely fixed as they charge per month but their cost base is variable, as they must pay based on usage, which has skyrocketed.

With the COVID 19 vaccination program picking up pace in many developed countries, 2021 has potential to a see a return to normality and for economies and companies within them to make up for the lost year of 2020, where survival was the word on everyone’s lips.  In Oman, GDP suffered a record contraction of close to -10%, primarily because of the reduced global demand for oil.  Many companies have restructured themselves for their survival but will they be able to react and rise to the challenges and potential that lies ahead?

After close to 30 years of audit, accounting, banking and risk management experience, as an Assurance and Advisory Partner at Crowe Oman, Karl Jackson has been assisting companies in Oman navigate the battle for survival through the pandemic.  If you would like his assistance, then please contact him at 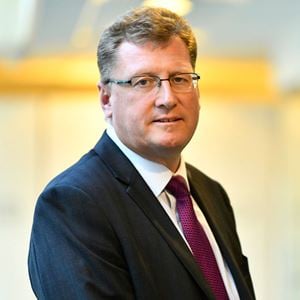