Globalisation coupled with e-commerce has let to enormous growth of Multinational Entities around the world which has given rise to bilateral dealings between related entities belonging to such Multinational groups located in difference jurisdictions. In context to the growing number of transaction happening among the Multinational Group entities, it came to limelight that most of these entities are shifting their profits to those jurisdictions where there is low tax rates or to tax havens. To combat the phenomenon of tax losses due to profit shifting, Base Erosion and Profit Shifting (BEPS) project by the Organisation for Economic Cooperation and Development (OECD) and the G20 was developed under which there are 15 action plans to address the issues concerned with tax avoidance to ensure that the profits are taxed where the economic activities generating the profits are performed and where the value is created.

One of the cornerstones of the OECD’s action plan is a Country by Country Reporting (CbCR) requirement that is detailed in Action Plan 13. As per the CbC reporting the large multinational entities who meet the revenue threshold will have to provide an annual return, the CbC report, that breaks down key elements of the financial statements by jurisdiction. A CbC report provides local tax authorities visibility to revenue, income, tax paid and accrued, employment, capital, retained earnings, tangible assets and activities of the Multinational Group for each jurisdiction. The CbCR aims to provide tax authorities information to assess the transfer pricing risks among the associated enterprises. The aim is to develop new transfer pricing documentation to enhance transparency for tax administration.

CbCR has gained world’s attention towards the GCC countries which are considered as low tax region or tax havens – the UAE being the one of the world's fastest-growing tax havens, with over $200bn flowing into the country, according to the Tax Justice Network. There being no corporate taxation in UAE, many Multinational entities having significant operation in high tax jurisdiction like US have operation in UAE as well, are shifting/reporting profits in UAE to gain the benefit of the tax free jurisdiction; wherein the main country where the economic activity is carried out is losing heavily on the tax revenue. Recently in 2019, UAE has made CbCR filing mandatory for Multinational Entities with consolidated revenue of more that AED 3.15 bn. Similarly, KSA, Qatar and Egypt also have joined the CbCR mandate of the OECD. 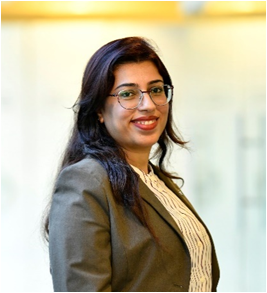