A look at the art and science of creating lasting value through smart decisions.
Download The Report

At Crowe, we know our clients inside and out — from understanding their tax and audit concerns to maintaining our global view of their industries and markets. We are well positioned to help them maximize value.

This report explores the many aspects of decision-making, highlights the brightest minds in the field and honors the many companies that are clearly doing things right.

There are no absolutes, of course. Every company — even every individual — faces different challenges when making important decisions. What this report and index offer is the benefit of the experience and intelligence of some of the best researchers, business leaders and Crowe thought leaders. In a word, it’s this: perspective. The more relevant perspective a decision-maker has, the better the chance that he or she will build lasting value. 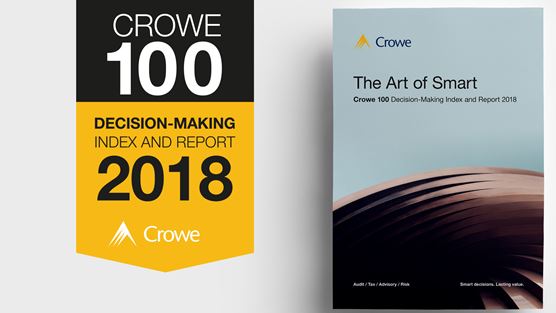 Sweden leads the pack: Despite only three Swedish companies making the initial cut, the index is topped by two Swedish manufacturing firms, Atlas Copco and Volvo Group. Atlas Copco, an industrial equipment manufacturer based outside Stockholm and known for its air compressors, scored strongly in Boldness, while Volvo Group, the Gothenburg-based manufacturer of trucks and heavy equipment, scored among the leaders in Diversity and Innovation.

Market growth surged in many companies during the post–Great Recession bull market. Nevertheless, market growth was not achieved in all regions equally. European companies, potentially stifled by political changes, Brexit or the ramifications of the eurozone sovereign debt crisis, scored an average of 5.4 in the Growth component, compared to 7.7 in China. Japanese companies, facing their own trouble with stagnating wages and slow inflation growth, scored only an average of 4.4 in Growth.

Initiatives focused on raising the number of female executives have increased diversity, but gains have not necessarily changed the overall dynamic. While gender diversity on the corporate board and in the C-suite grew at a majority of companies in the past five years, females held an average of only 17% of these executive positions at the end of 2017.

Electric vehicles and initiatives behind autonomous and self-driving cars are propelling major transactions and innovative research in the auto and truck manufacturers industry subsector. Top automakers have acquired technology platforms that are advancing mobility applications and carsharing services, while simultaneously pursuing projects on next-generation fuel cells and hybrid engines. 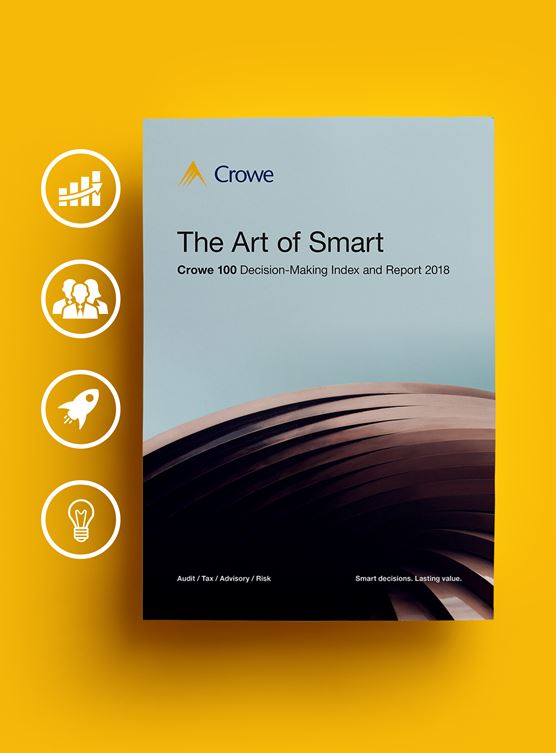 Join the conversation on Twitter and LinkedIn using #TheArtofSmart or #TheCrowe100