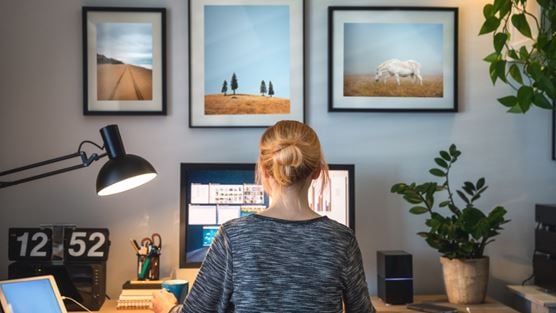 New legislation has been introduced as part of the 2021 Federal Budget to extend the CEWS program for four additional four-week periods, beginning June 3, 2021 and ending September 25, 2021. There are no significant changes to the overall calculations of the CEWS in these additional four periods; however, the percentages used to calculate the CEWS will result in a decline in the amount of government support over Periods 17 to 20. The reduction in CEWS support reflects the expected recovery of the Canadian economy over the next few months. See Table 1 for details on the calculation of the CEWS for Periods 17 to 20.

Beginning in Period 18 (July 4 to July 31, 2021), a business must demonstrate a revenue decline of over 10 per cent to be eligible for the CEWS. This is a change from prior periods where any percentage decrease in monthly revenues meant a business may be eligible. For Periods 17 to 20, the maximum remuneration eligible for the CEWS remains the same as previous periods, $1,129 per employee per week; however, the maximum benefit per employee per week is scheduled to decrease as per Table 1. 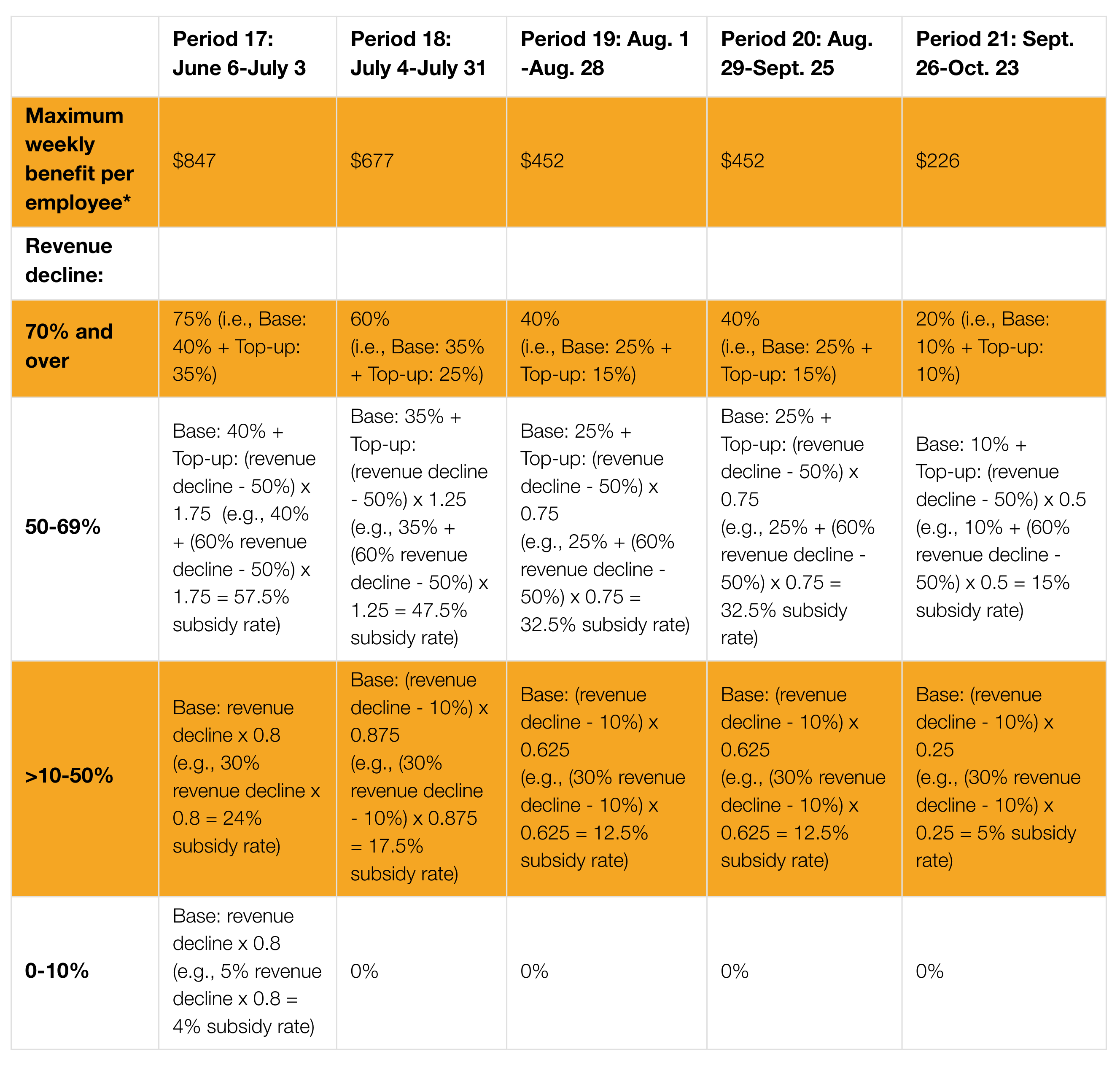 Subsequent to the publishing of the article on May 26, 2021, the federal government announced an extension to the CEWS on July 30, 2021 and a change to the CEWS rate for Period 20. The CEWS was extended to Period 21, ending October 23, 2021. Furthermore, CEWS rates for Period 20 remain the same as Period 19 and the decline in the CEWS rates now occurs in Period 21. The table above reflects these changes. 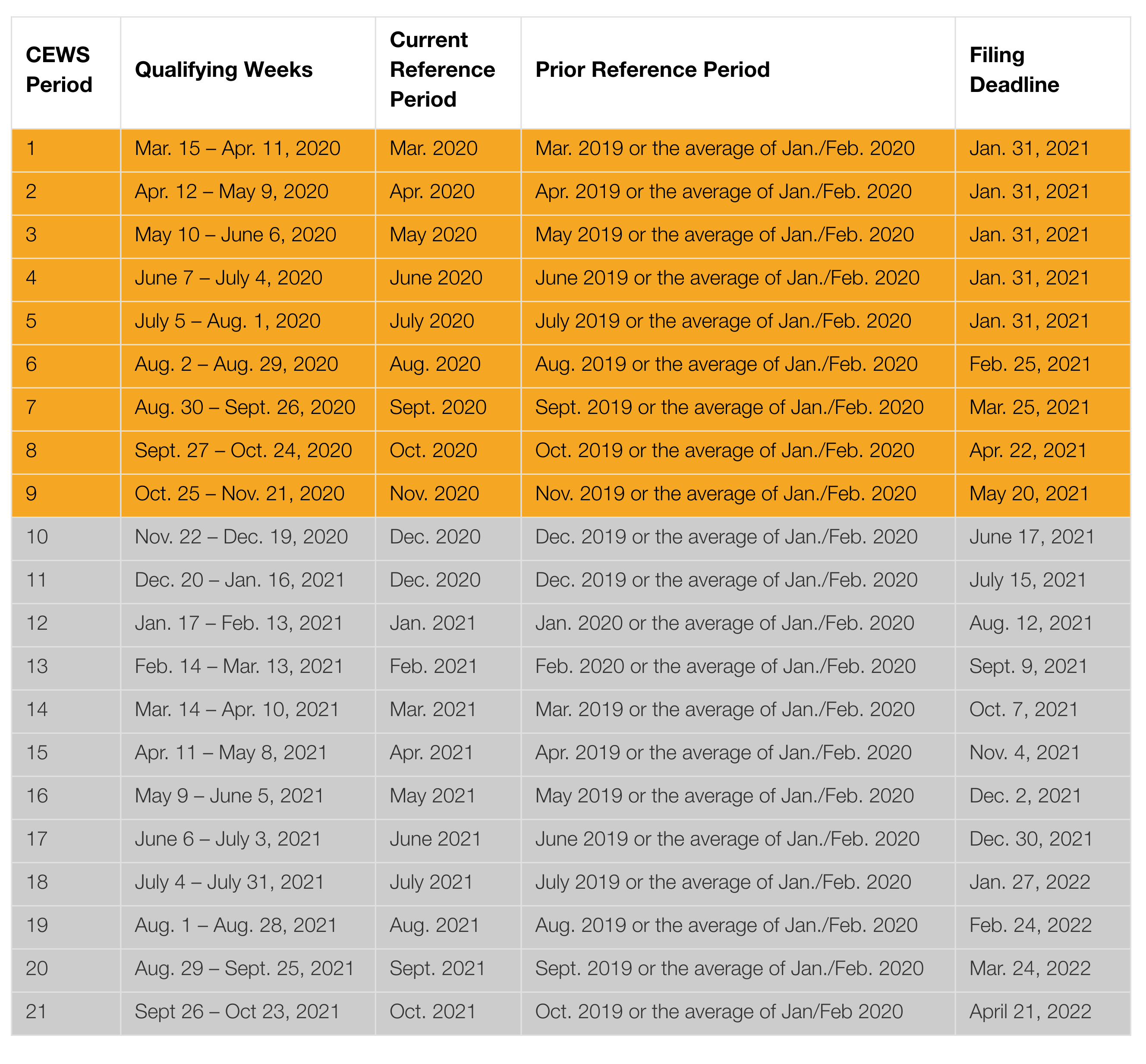 Note: The periods highlighted are no longer eligible for application. However, they may be eligible for late-filing if certain criteria are met discussed in the CRA’s late-filing/amendment policy below.

To maintain consistency with the benefits under the Employment Insurance (EI) program, the amount of the CEWS in respect of furloughed (leave with pay) employees for Periods 17, 18 and 19 will continue to be equal to the lesser of:

For Period 20, no CEWS may be claimed for furloughed employees.

Clawback of the CEWS for Executive Compensation

The amount of the CEWS clawback will be equal to the lesser of:

The amount of the overpayment will be calculated on an aggregate basis and may be repaid by any one of the eligible entities in the group. For example, if there is an overpayment determined in respect of a publicly traded parent company and its subsidiary, either the parent or the subsidiary may make the repayment on behalf of the other party. This will be done by filing an agreement pursuant to a prescribed form, allocating the executive compensation repayment amount to each entity.

On April 21, 2021, the CRA posted an update on their CEWS Frequently Asked Questions webpage clarifying the conditions which may allow an entity to late file an initial CEWS claim or provide an amendment to a previously filed claim.

Late filing a downward CEWS adjustment
The CRA’s position is that a CEWS amendment resulting in a downward adjustment together with the repayment of the overclaimed CEWS can be made at any time, even after the legislative filing deadline for the applicable period has passed. The amended application may be submitted through My Business Account, Represent a Client, or by calling the Business Enquiries Line at the CRA if the CEWS was filed through the web application.

Late filing an upward CEWS adjustment
The CRA’s position is that an adjustment to increase a previously filed CEWS claim may be late filed up to the later of the following dates:

In addition, an original CEWS application must have been made before the filing deadline and the adjustment is not a result of professional advice where the fee structure is dependent on the upward adjustment amount.

As well, in order to be accepted, either:

To late file an amended CEWS claim resulting in an upwards adjustment, the claimant must first contact the CRA to obtain permission. The CRA will subsequently issue a Notice of Determination which will state whether the request to late file a CEWS amendment is accepted, adjusted, or denied.

Again, the CRA must be contacted and a Notice of Determination confirming the entity’s eligibility to late file the claim will be issued. A late filed original claim must also not be the result of professional advice where the fee structure is dependent on the accepted claim amount. In addition, one of the following conditions must be met:

If you have questions related to the CEWS or any other measures from the 2021 Federal Budget, we encourage you to reach out to the Crowe Soberman Tax Group.