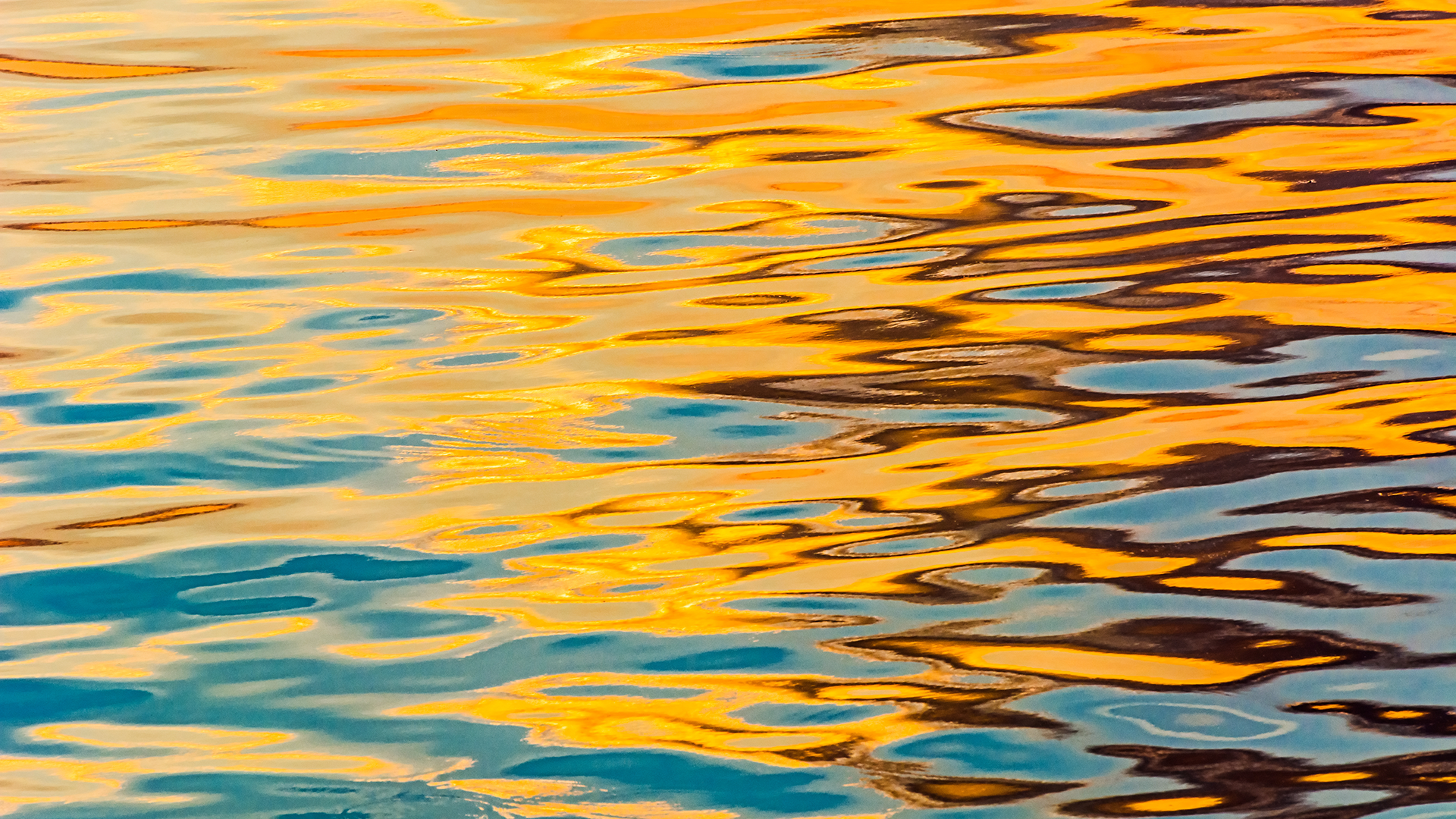 Middle class relief - who does it cover and when to resign from it?

On 1 January 2022, along with the provisions of the Polish Order, the middle class relief entered into force. This relief is intended to mitigate the negative effects of the lack of deduction of health contributions from the tax base. Which taxpayers will benefit from the relief and when is it worth resigning from it?

On 1 January 2022, the provisions of the tax part of the Polish Order came into force. Some of the introduced solutions have increased the tax burden for employees. The so-called middle class relief is supposed to mitigate these losses, but only a part of taxpayers will benefit from it.

Middle class relief - who is it for and under what conditions?

Middle class relief is addressed to:

Thus, any eligible taxpayer earning, for example, PLN 5 701 gross per month will benefit from the relief. The relief may also be granted to those earning slightly less, but being participants of the Employee Capital Plan (PPK). The contribution to Employee Capital Plans paid by an employer is treated as income. After adding the employer's PPK contribution of 1.5 per cent, an employee earning e.g., PLN 5 650 gross per month will also be able to take advantage of the relief.

The relief will not be enjoyed by:

For eligible taxpayers, the middle class relief will be calculated automatically by their employers each month (when calculating payroll tax advances), but will be settled on an annual basis (when filing their annual tax return). In both cases, different algorithms are used to calculate the relief.

Therefore, if an eligible taxpayer does not earn the required amount during the year (i.e., the gross income does not exceed the minimum threshold - PLN 68 412, or exceeds the maximum threshold - PLN 133 692 even by PLN 1), the relief is not applicable and the difference resulting from the annual return will have to be returned by the taxpayer.

Resignation from middle class relief - request not to apply the deduction

If a taxpayer is not sure how much his/her total annual income will be, it is worth considering submitting a request for non-application of the middle class relief. Every, even the smallest, threshold exceedance results in the loss of the right to take advantage of the relief, i.e., the lack of the possibility to apply a lower tax base and the necessity to return the amount of the relief specified in the annual return.

Filing a request for non-application of the relief does not exclude the possibility to take advantage of it if the employee's income ultimately falls within the range of PLN 68 412 - 133 692 gross. In this case, the relief can be reclaimed as a refund in the annual tax return.

It should be remembered, however, that according to the provisions of the law, income is only income generated as a result of the labour based relationship, contract of employment, co-operative employment relationship and income generated by non-agricultural sole proprietorship taxed with the tax scale. Therefore, bonuses, pay rises or allowances for overtime work are included into the limit. However, additional income from a contract for specific work or a contract of mandate will not be taken into account.

The resignation from middle class relief may be justified in the following cases:

Resignation from middle class relief - when and how to request it?

A request for non-application of middle class relief must be made separately for each tax year.  If an employee decides to file a request, it is important to do so as soon as possible - ideally before the first payment of salary each year. If an employee does not file the request in time and does so later (during the year), the middle class relief will not be applied to any subsequent salary.

Filing a request means that the relief will no longer be calculated on a monthly basis when calculating the advance tax payment, but a taxpayer will still be able to take advantage of the relief when filing an annual return (if he or she ultimately falls within the specified limits).

A request for non-application of the middle class relief is filed by a taxpayer:

The request can be withdrawn at any time and, once filed, an employer will not take the middle class relief into account when calculating the employee's advances for income tax.

To conclude, the request for non-application of the middle class relief should be made in writing to an employer, preferably before the first salary payment in a given year. The declaration can also be made during the year, but will have effect on salaries calculated for the following month. The request does go on to subsequent years and can be withdrawn at any time. Filing the request should be considered mainly by those who anticipate that they may lose the right to the relief during the year, for example by exceeding the upper threshold of 133 692 PLN gross income per year or by those planning a change in the form of employment, retirement or maternity leave.

Read our brochure: Polish Order - The key changes from 1 January 2022 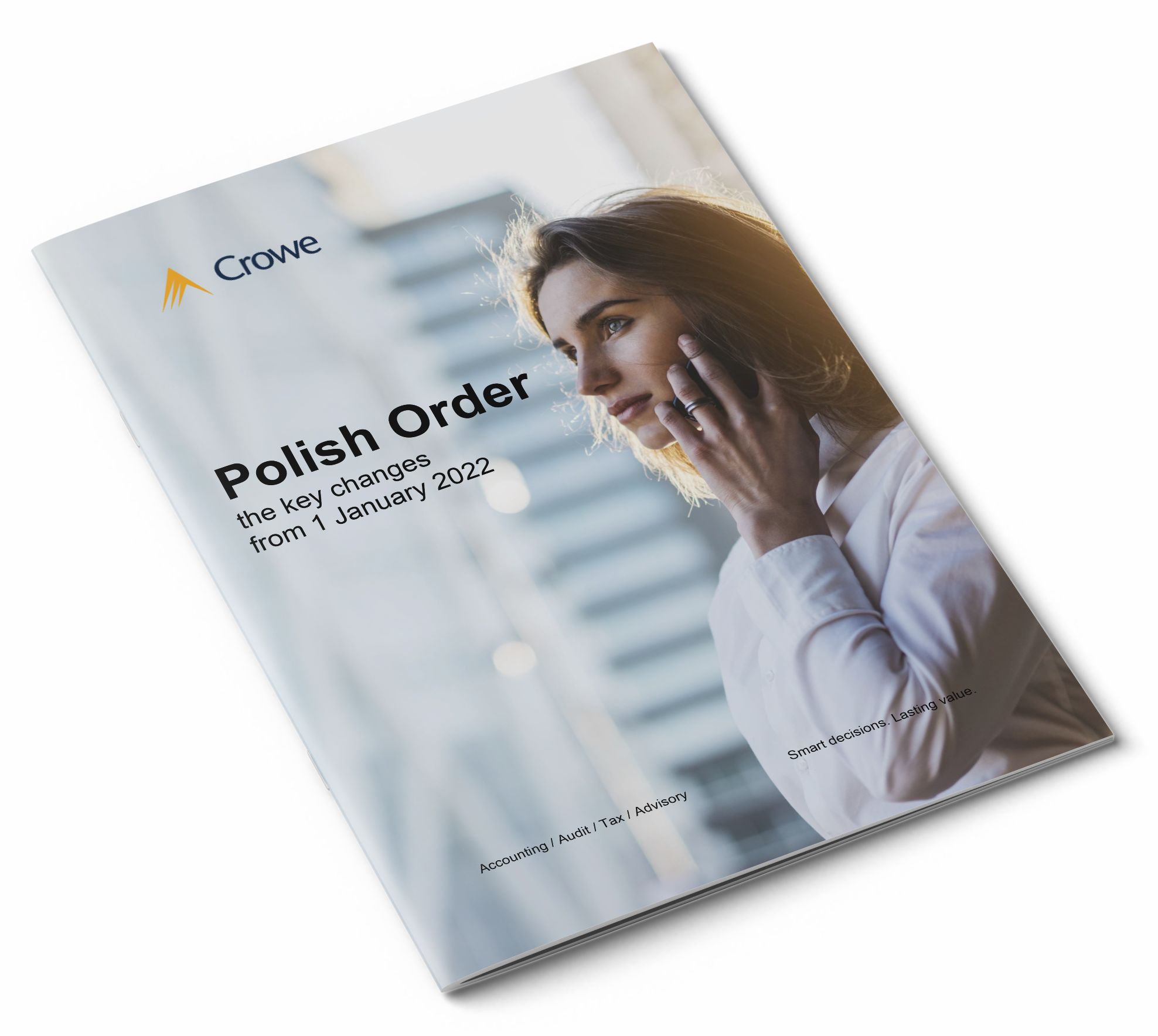 The Polish Order will introduce the biggest changes into the tax system for years, and they will significantly influence the situation of both entrepreneurs and their employees. What should be taken into account while preparing for the new regulations to come into force?
Watch webinar recording

Confusion over the calculation of employees' salaries - another trap of the Polish Order
The situation of the Polish Order provisions has been further complicated by the new regulation on the collection of advance payments for income tax.
Polish Order - companies consider changing the form of cooperation with the top earners
14% of companies consider a change in the form of the cooperation with the top earners and their executives, a survey carried out by Crowe shows.
Polish Order signed by the President - a tax revolution from 2022
The President has signed an act introducing the tax Polish Order as from 1 January 2022. This translates into a number of new solutions for companies.
Polish Order – changes to PIT from 1 January 2022
The Sejm passed the amendment to tax laws that implement the solutions of the Polish Order. We present the most important changes to PIT taxation.