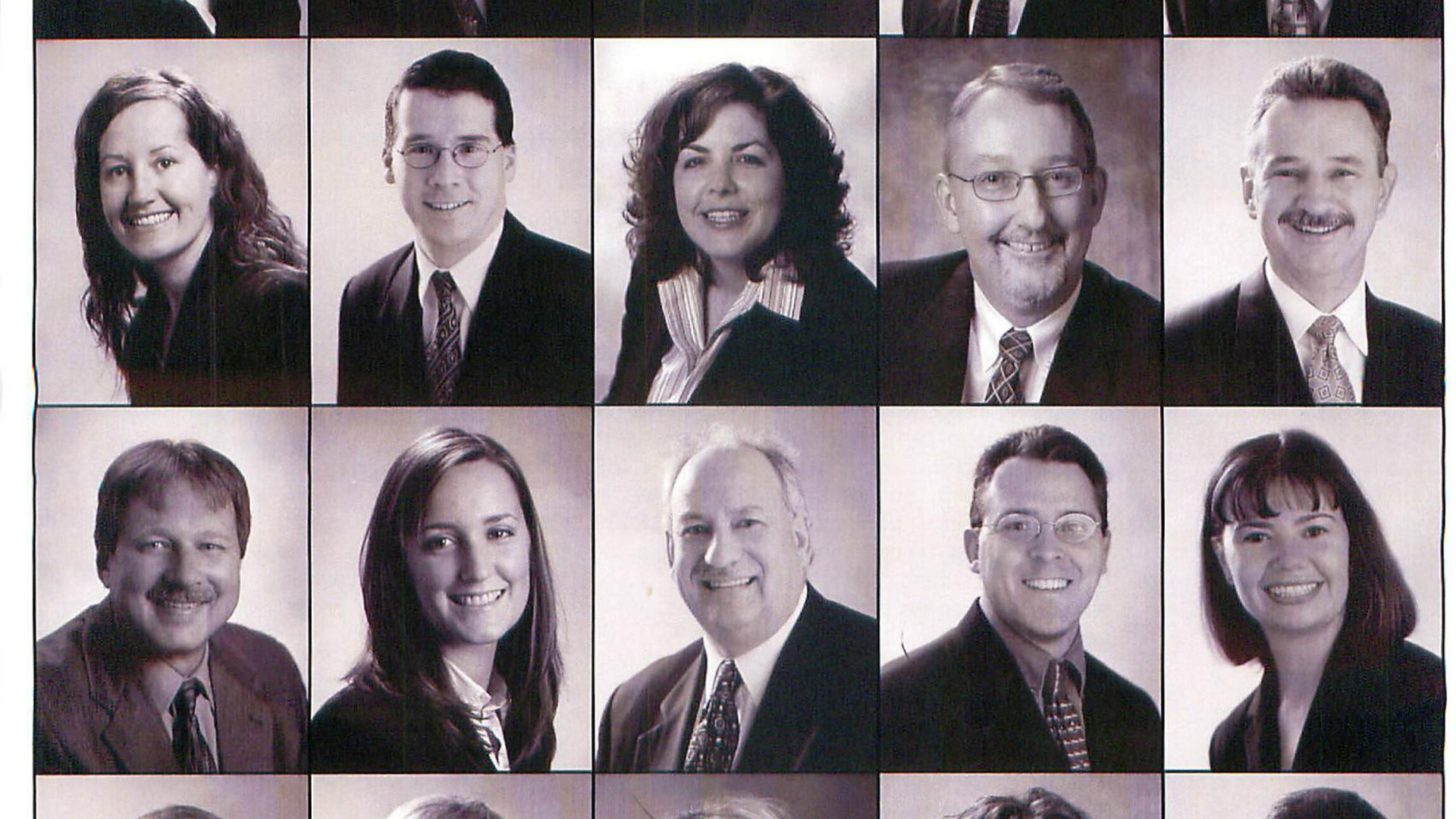 It is clear that Iain Mackay is reluctant to talk about his role in the MacKay story. It is not his nature to talk about himself, so what I got was pulled out of him much like the proverbial dentist pulling teeth.

For all his Scottish brogue and bravado, Iain was actually born in England. It could be said that if Hitler hadn’t invaded Russia, Iain would not be with us today. As a result of this invasion his dad got leave and exactly nine months later … well you know the rest.

He returned to his family’s “highlands” home when he was three. Not letting on that he was born in England (a closely-guarded secret), he grew up in Scotland, completing grade 12 at the age of 15. The philosophy of parenting in those days was “Spare the rod and spoil the child.” As a result Iain states that a great deal of his knowledge is firmly embedded.

After graduating, this poor fellow spent six, count them, six years of fruitless employment in a bank. His words – “I was promoted to first teller in a one teller office.”

A slow learner, at the beginning of his career, he decided to get out of Scotland. Despite his immigration officer’s recommendation to emigrate to Winnepeg (he still can’t spell Winnipeg correctly), he moved to Vancouver, arriving in 1964.

He joined the IWA (did you ever notice the number of Scottish immigrants who are high up in our unions?) and became a chokerman. I wonder if he wore one of those Hudson’s Bay shirts?

By the summer he decided that it was a better idea to become a Chartered Accountant, obviously an easier way to make a living.

Iain graduated in 1969. His boss, at Gardener & Co. discovered Iain was considering the idea of going out on his own. With this discover Iain was promptly shown the door, and MacKay LLP was born.

Well not quite. In fact, Iain had not served all of his articles and could not go out on his own. He quickly remedied this fact by joining forces with a C.A. by the name of Holley and purchasing two-thirds of John Naylor’s practice. The arrangement was that Naylor would be responsible for the completion of Iain’s articles and then would immediately become his partner. Officially this partnership commenced in 1970 in Vancouver as Naylor, Holley, MacKay.

Right from the get-go, MacKay and Holley had the vision to grow a Western Canadian regional firm, and the systems and procedures were implemented to enable this to happen!

From these accidental beginnings, MacKay LLP has grown to a team of over 170 with 27 partners in seven offices in Northern and Western Canada, (interesting … that makes two of Iain’s beginnings accidents of fate).

In 1970, an opportunity presented itself; the firm purchased two thirds of Brian Beecham’s (the firm’s 4th partner) practice in Whitehorse. Iain moved there in 1971 and spent the next 10 years in the Yukon.

In 1973, the firm opened an office in a then booming Fort St. John. Dennis Belfus, a student who graduated from the Vancouver office in 1971, became the manager. In the same year Glenn Munro joined the firm in Whitehorse and John Naylor retired, leaving Al Holley on his own in Vancouver.

The Whitehorse office grew rapidly, and in 1975 Elgin Gomme became a partner. In 1976, Brian Beecham moved from Whitehorse to Vancouver to assist Al Holley; David George was recruited in Scotland to assist Dennis Belfus in Fort St. John; and David Peachey joined the Vancouver office with his partners Arne Gjernes and Ken Morrison. 1976 was a busy year. In 1978, Mark Pike joined the Whitehorse office as an articling student.

1977 was a pivotal year as Al Holley retired, Peachey took over the Vancouver office, and the firm became MacKay Peachey & Co. The vision of a Western Canadian firm was fully endorsed by the partners, and in 1977 Mike Hartley opened an office in Yellowknife.

In 1978, Elgin Gomme moved from Whitehorse to Edmonton where he opened an office, later joined by John Douglas, an energetic former practice advisor with the Alberta Institute. 1978 saw David George move from Fort St. John to Whitehorse, becoming a partner. Brian Beecham left the Vancouver office and moved to Sechelt to start his own firm.

In 1980 Andy Waywell and Kathy Carr became partners in Whitehorse, as did Glen Skolney in Edmonton.

The 80’s were turbulent times for Canada and for the firm. In 1980, the firm became known as MacKay & Partners. Fort St. John was hit very hard and the office closed. The Vancouver office continued to grow.

Between 1985 and 1988 the firm had an office in Penticton – it was taken over by the local partners. It was 1987 that a firm was purchased in Kelowna and John Bayer and Don Turri joined the partnership.

In 1986, the Iqaluit (formerly Frobisher Bay) office was opened. This office is now known as MacKay Landau as MacKay LLP sold a portion of this practice in 1991 to our former affiliates in Toronto and Andy Waywell, who was a partner in MacKay LLP.

In 1987, the Edmonton office left and was replaced by Lawrence Lachman and Don Smith.

The nineties brought focus on internal systems and culture of a now widely-spread out firm. A virtually full-time managing partner was appointed in 1991 as Iain gave up this position to become Chairman of the Council of Partners. In 1993, Don Smith was elected as Managing Partner and implemented many improvements pursuant to the firm revitalization plan passed by the partners in 1991.

In 1991, offices were opened in Surrey and Red Deer. The year 1998 saw the merger with Chamber Phillips in Vancouver. The Red Deer office closed in 1999.

2001 brought the merger with Henrickson & Shannon and the establishment of the Calgary office. Our partnership name became MacKay LLP in that year.

In 2003, Surrey added to its office with the merger of Lake & Associates.

Iain is proud of the fact that MacKay LLP is the dominant firm in Whitehorse and Yellowknife. While living and working in the Yukon, he helped found the Yukon Institute of Chartered Accountants and was the first President of that Institute. He had enough time to be the President of the Chamber of Commerce. He even did a stint in politics as a member of the opposition in the Yukon Legislative Assembly, an experience that he described as interesting but frustrating. Apparently when Iain gets frustrated he moves, so back to Vancouver he went.

Always someone who gives back to his community, Iain could not stay uninvolved for long. He has served in the Canadian Institute of Chartered Accountants’ National Standard Setting Body, served as a councillor on the Board of the Institute of Chartered Accountants of British Columbia, a Scout Leader, the treasurer for Minor Hockey, and served as the BC Liberals’ treasurer and finance chair.

As if this participation was not enough he has served on the Board of St. George's School, including two years as the chairperson and also served on the Board of the BC Cancer Agency. Currently, he is the chair of the BC Cancer Foundation. He is proud of the fact that they have started building a $100,000,000 cancer research centre in Vancouver, obviously a project that will have a large impact economically locally, and hopefully will be able to help find the cure for cancer.

Iain has been awarded an FCA by both the institutes of BC and the Yukon. He has also been awarded the Queen’s Jubilee medal for “commendable service.”

Looking back, Iain feels that the Whitehorse office was the catalyst that aided in making things happen. There were lots of good people who were willing to work hard and team members who were willing to move in and move out of town. As a result other offices were opened in Edmonton and the Yukon.

Iain’s philosophy is clear – he trusts in people to do the right thing. He has never been misled on any of the deals he has made with his partners. “It is a testament to the integrity of our partners. Surprises have only been on the upside.”

In 1984 there was a planned fishing expedition on Great Bear Lake. Northern Trout was the desired fish. Wind and waves were such that there was some nervous tension as two partners waffled on their decision to go. But off they went with the Indian guide. If they weren’t getting uptight already as they pitched with the boat, the guide realized that he had not bung in the bung hole. Once discovered it was a lot of bailing. The bailing was not working so it was a race to return to home base before the boat was filled with water and sunk. Iain says he can still picture that boat coming into the dock, partners madly bailing with lots of tension and fear expressed on their faces.

In 1999, at the partnership meeting in Yellowknife, a certain partner shared a room with another partner. They went to bed. This partner awoke needing the facilities in the dark of night. Not wanting to disturb his sleeping roommate, he crept out of bed in the darkened room. Quietly, ever so quietly, he opened the bathroom door. Now surprised that it was suddenly light, he realized that he had stepped into the hallway. But he was too late as the door closed automatically. Now, in the main hallway, completely naked, he began pounding on the door. His roommate did not waken nor did anyone else. Off he went to the main desk, finding an ashtray on the way.