Making a Difference Across Canada One Winner at a Time

Last year our Whitehorse, Vancouver, and Surrey offices raised over $3,500 for the BC Children’s Hospital playing video and board games for 24 hours straight in the fundraising event, Extra Life. This North American initiative unites thousands of gamers around the world, playing games in support of their local Children’s Miracle Network Hospital. This year we participated in the initiative again, but as an entire firm raising $6,256.22.

So what happened in the not so quiet boardrooms, late at night, at Crowe MacKay?

In Kelowna, there was no shortage of competition with 20 staff attending their 24-hour gaming blitz. You can see in one of the pictures below, the princess puzzle may have been the biggest victory of the night. Some may have turned around and ran at the thought of a 24-hour gaming challenge, but not the Kelowna team.

Rohan Jacobs says “we did it because it’s part of our core values. ‘We care’ means that we care about our community and want to ensure that we give back. The funds raised help provide such valuable services to our community.” 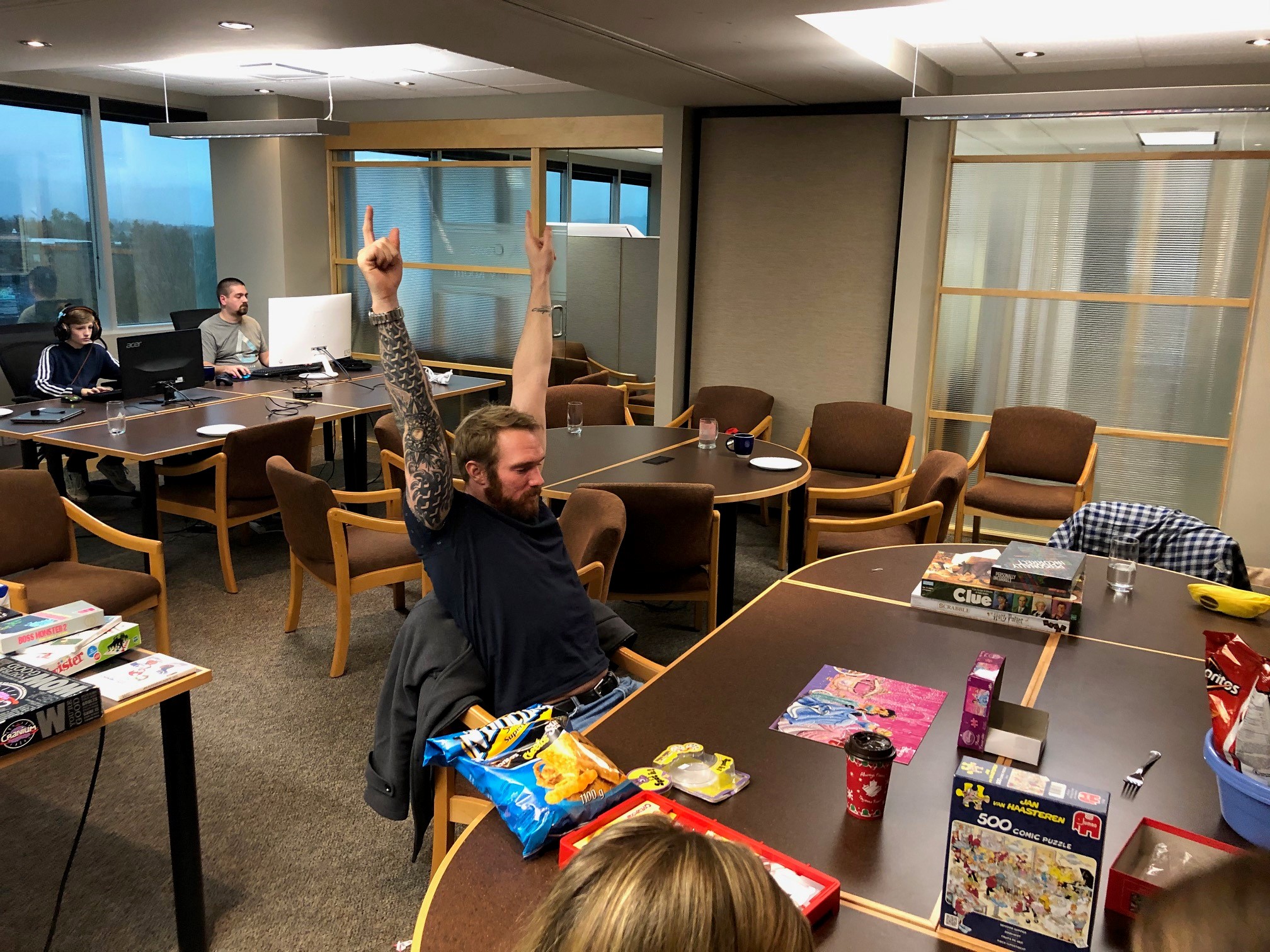 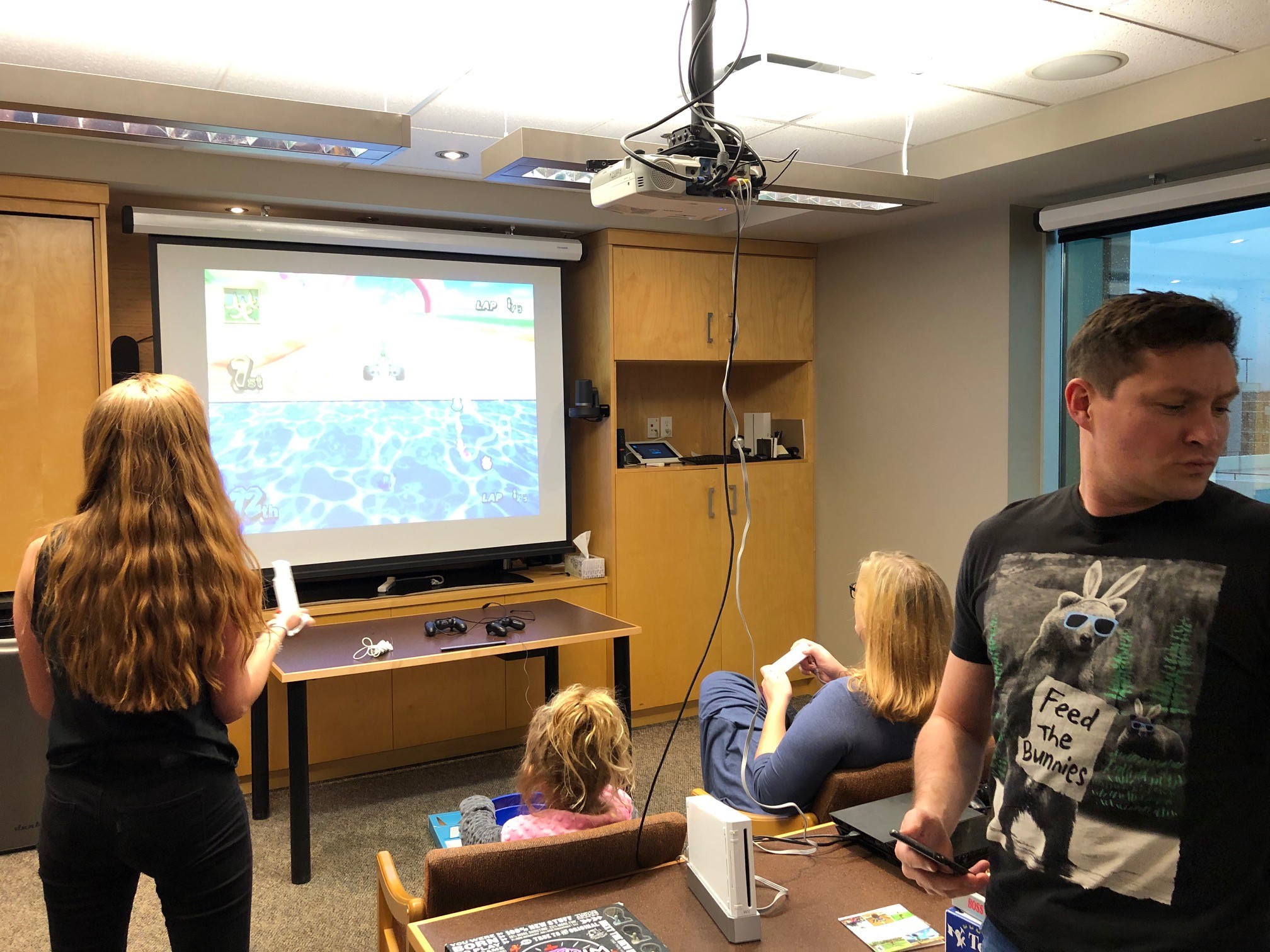 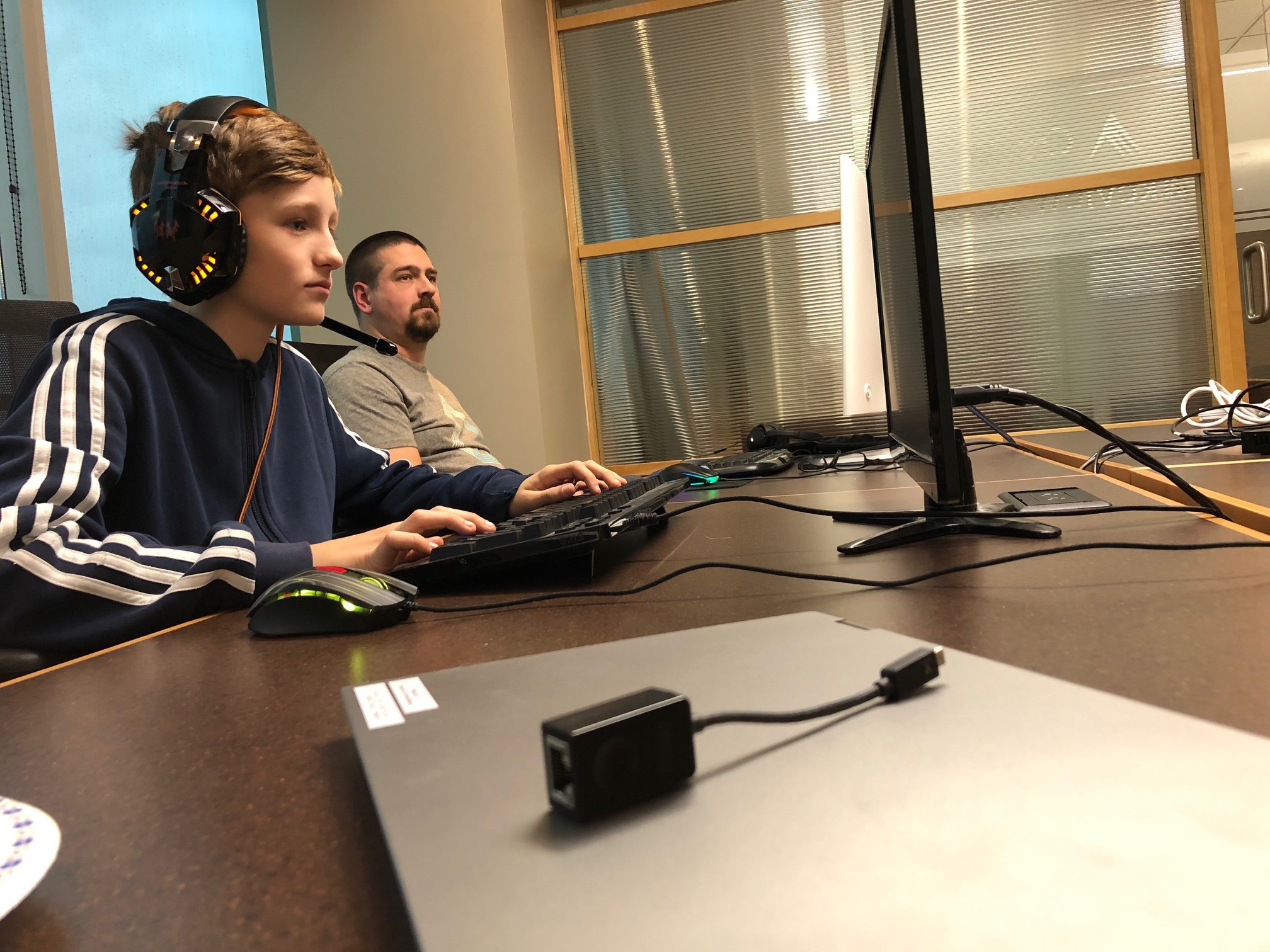 Much like in Kelowna, the Vancouver team took the opportunity for a night of bonding with teammates, especially since there are a lot of new faces in their office. They started the night off with a HUGE game of cards against humanity, which brought out a lot of laughs. As a leader of the event in Vancouver, we asked Brianna Formosa what participating in the event meant for their community:

“We started this last year because one of our senior accountants was very passionate about the cause, he had be participating for a number of years with his friends and thought it was a good event to have the office participate in (a mix of charitable and office culture building). Before this was even talked about at a firm-level this year, we had multiple staff asking if we were doing it again because they had so much fun the previous year. Really, it is important because it gives us a good excuse to all get together and get to know our colleagues better, while raising money for the BC Children’s Hospital. We set our goal high this year at $4,000 USD, and while we have not quite made it —yet we have raised over $3,000 USD (with the help of Kyle in Whitehorse), which is all going to good cause. Plus, who doesn’t love to just play some games, most of our staff brought in two to three of their own favourite games to share with everyone else. One of which was Red Flags that Ivan brought in – it was quite a hit and I imagine a few of our staff will be buying it for themselves.”

What’s even more amazing about Vancouver’s participation this year is that their local BC Children’s Hospital emailed them personally to give thanks for the funds raised and for participating in Extra Life for the second year. 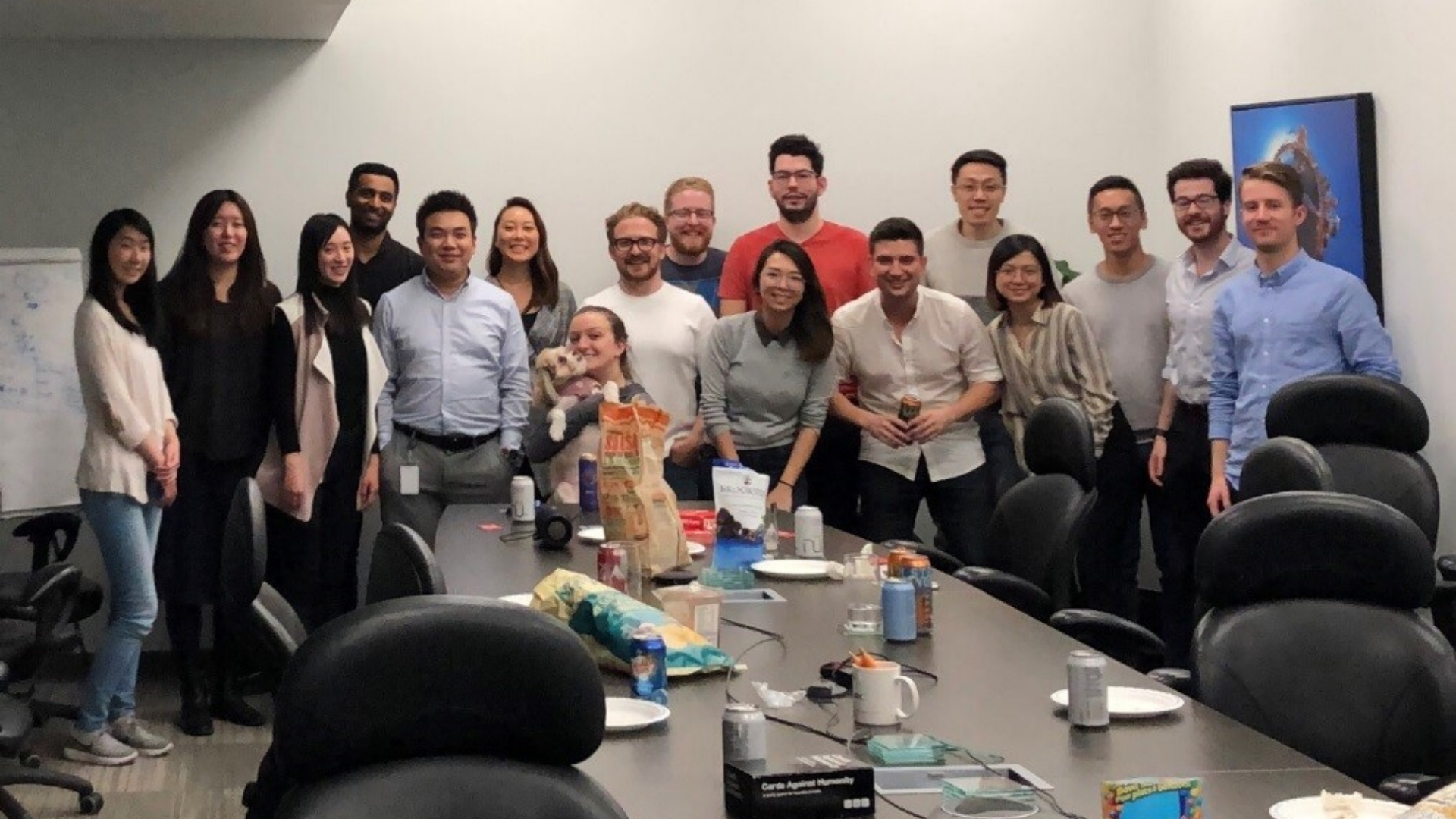 A bit more North (and East..) Calgary and Edmonton joined in on the fundraising games.

Calgary saw the whole office come together, with all positions playing games against one another. The excitement came mostly from the two video game consoles placed side-by-side (what gamers ...). But, this might be namely because the team spent 10 minutes playing “Super Smash Bros” muted, with only shouting, victory cries, and competitive silence filling the room. To this day, Harris remains Calgary’s undefeated champion in “Super Smash Bros” and 4-year-old Eric (Bogdan’s son) reigns supreme in “Let’s Feed the Very Hungry Caterpillar” game. 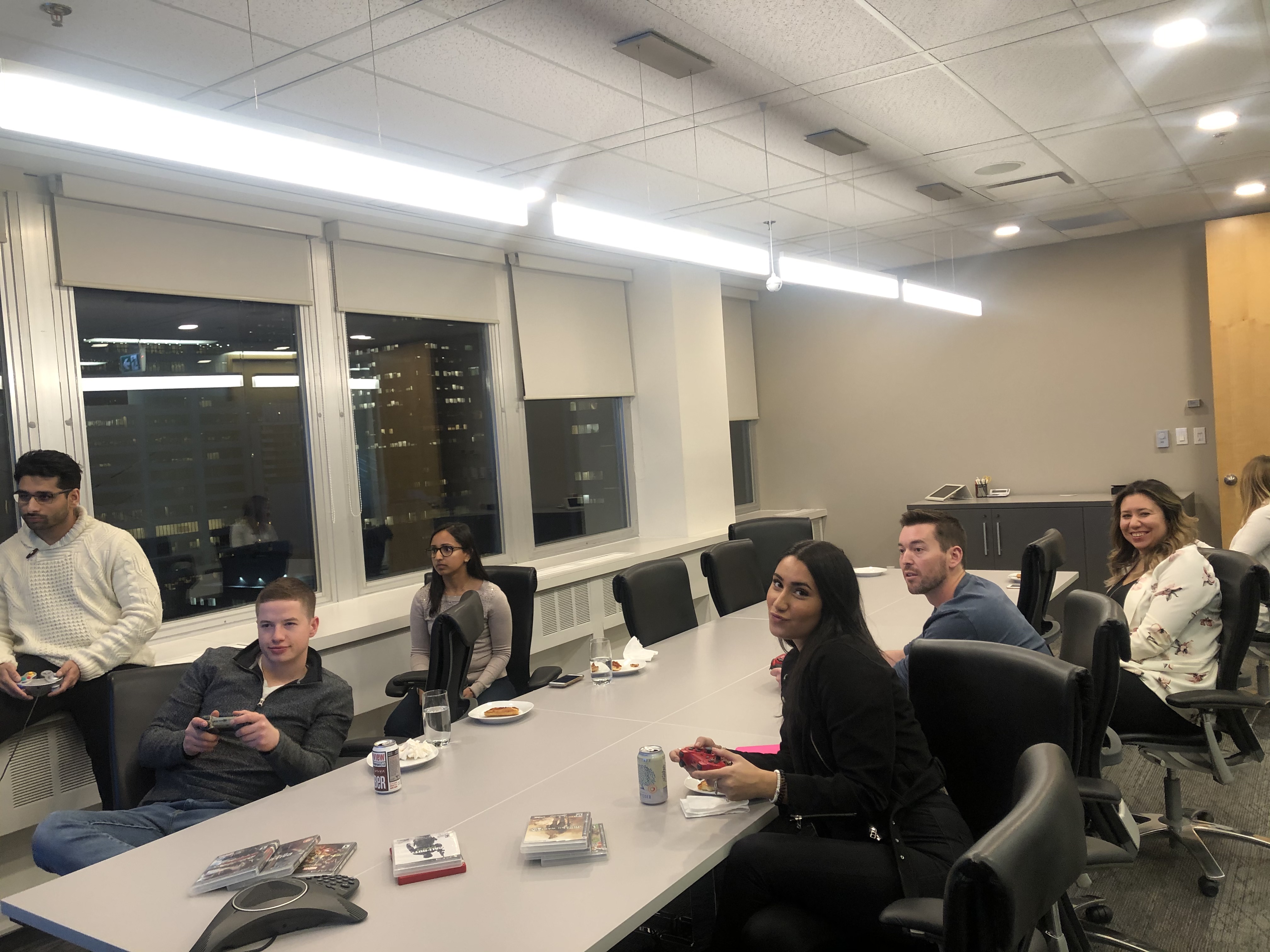 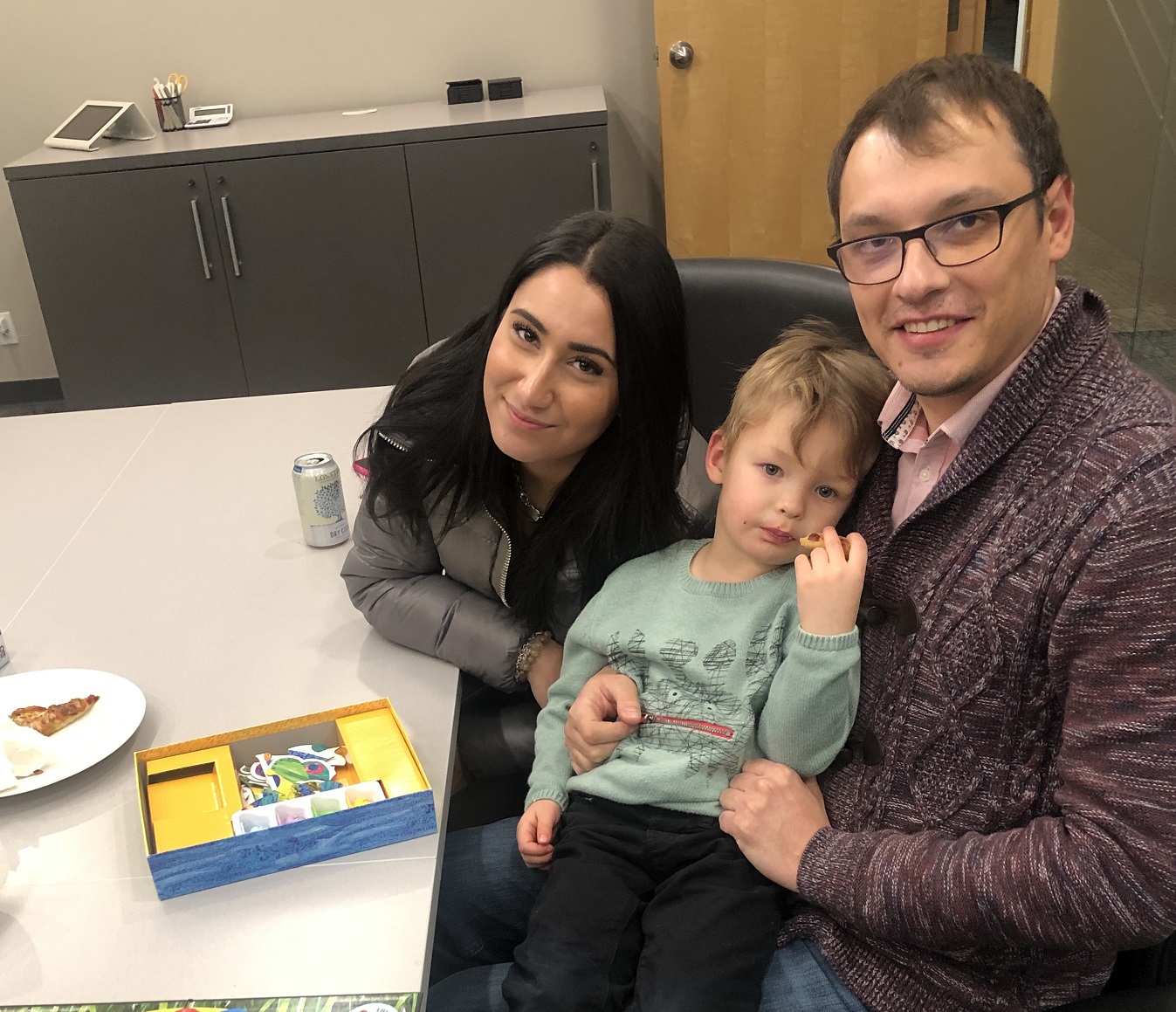 In Edmonton, the group had fun playing both electronic and table games, with the best retro electronic game being Golden Eye on the N64. And, apparently, there’s a genius in the Edmonton office! Carter Basiuk, while playing Clue, won the right combination on his 3rd turn! Or maybe it was his 4th? Justin Jones, Manager and coordinator of the Edmonton office’s event says,“ the evening was a great way to spend time playing games with staff and everyone really seemed to enjoy it.”

And if you keep traveling North, in Whitehorse, things got really competitive. Kyle Densmore added a special touch to engage the office. He challenged his colleagues that for every $250 raised he was committed to “doing something silly” for the office’s enjoyment - a great incentive to play and raise funds! The Whitehorse team came together and decided Kyle should shave his head.. Kyle says there weren’t many ’retro’ games played but there was a lot of crib and poker. So, why was Kyle so hung up on making this a great and engaging experience for the Whitehorse team?

“The goal of Extra Life, beyond the monetary donations, is for people to have fun. In doing that and raising money, you are trying to bring that kind of fun to children who are hurt or sick and in a very “un-fun” place. I have played video games my whole life and will continue to play them well into the future; it is what I am passionate about. I want to be able to take that passion and turn it into something that other people can get enjoyment from. Whether it is the funding we raised going towards new treatments to get kids out of hospitals faster; toys for them to play with; or even people in our office being able to laugh along with what I am playing or going to be subjecting myself to in the near future; it spreads the fun to others. If that helps brighten even one person's day, then it is important that I do it.”

Next year, Kyle hopes even more of the Whitehorse office participates and wants to lean into our “one firm” direction, and hopes he can contribute to the planning and organizing so each office participates on the same day. His hope is that this will help build connections and friendship with all staff while supporting a good cause. He’s already encouraged the Whitehorse office to think of next year and some “I would pay to see that” ideas to raise even more funds!

Last but not least, our Yellowknife office! Have you ever played the game “Overcooked”? Let them be the first to tell you it’s a video game that involves a lot of yelling, but it’s very collaborative. Watching the group play this game was the highlight of their evening, probably because of the excitement. The team also played some retro games like Diddy Kong Racing and Star Fox 64 on the N64 game console. Many team members are passionate about the cause but Jordan Day has firsthand experience on how important money for the Children’s Hospital is. He shares why he is personally passionate about Extra Life.

“I am passionate to be involved as my brother had cancer when we were young, and the help/donations/support from the Children's Hospital was extremely beneficial while we were going through a difficult time and helped to put a smile on his face when he was done his treatments.”

Extra Life has resonated with our firm, as we all come together to make a difference in each of our regions across Northern and Western Canada. We care about our communities. “We pride ourselves on our ability to live by our values. Involvement in initiatives such as these helps us to come together as a team to support the communities in which we live while reinforcing our culture of care,” says Alena Christie, Firm Wide Human Resources Manager and leader of the Corporate Social Responsibility committee. “Crowe MacKay is very talented in engaging in our CSR pillars: Community and Global Enrichment, Organizational Health, Environmental Stewardship, and Economic Responsibility and continues to stand behind our commitment to truly impact change.”

Thank you so much to every team member within our firm who donated and played games this year. We are excited to make Extra Life a yearly occasion, bonding as ‘one firm,’ and raising funds for an amazingly worthy cause in our communities.