Led By Values, Driven By Culture 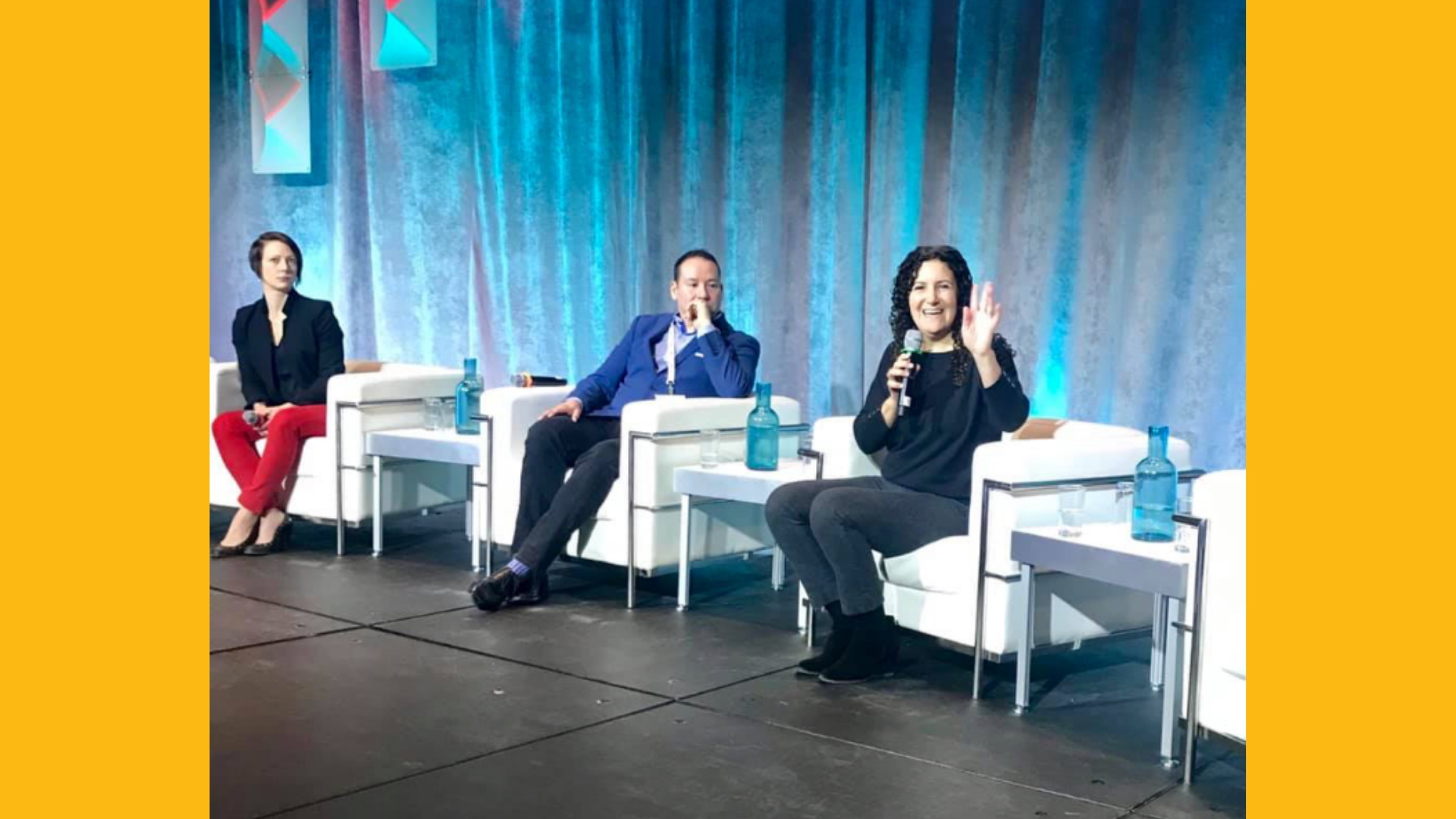 50 years ago our firm was built by offering Indigenous Services to clients. It was our ‘bread and butter,’ and we continue to view it as an important service line of ours today. As we build our Indigenous Services team, we are lucky to welcome a new team member with a rich Cree-Metis family history and bloodline to Crowe MacKay, Vickie Whitehead.

Vickie, being born Indigenous, is passionate to help First Nations across Canada. Her expertise, built throughout her 23-year career, includes knowledge of the inner workings of the Federal Government, indigenous program and policy development and financial management. Vickie has invaluable insight to the Financial Advisory needs of Indigenous communities.

Vickie’s grandfather, August Beaudry, was born in Morinville, Alberta, a direct descendent of Cuthburt Grant, who was given the Metis flag in 1815 after he lead a group of Metis at the Battle of Seven Oaks.  Not many records exist of her grandmother, Maggie Ferguson Ghostkeeper, and those that do list various locations for her birth including Moberly Lake, BC, Slave Lake, AB and Grouard, Alberta. Many Metis children at this time went to residential school and records were not kept.

Vickie’s mother moved to the coast of BC for a better life but she remained involved in First Nations political movements and Vickie grew up seeing her and her sisters fight for everything they had. Many children of Vickie’s generation also saw their parents fighting for their rights and title. Some of the issues they faced included not having the right to vote until 1960; not being allowed to congregate; restraints on practicing their culture and speaking or teaching their language to their children and grandchildren. With so many Indigenous children watching their parents fighting for these rights, many turned to a career in Law. This was something Vickie’s mother was hopeful she’d pursue, but it was not an interest of hers.

Instead, Vickie started off by pursuing a career in bookkeeping. She received high marks and was referred by her college teachers to pursue her CGA. After being a part-time student for seven years, and working full-time for the Federal Government in Aboriginal Affairs Northern Development, now called Indigenous Services Canada, she obtained her CGA.

Vickie worked at Indigenous Services Canada for a total of 17 years. It was during this time Vickie worked directly with First Nations sharing what the funding arrangements were between them and the government, working in policy, self-government negotiations on the fiscal side, financial policy, and program planning. In order to advance at the federal government at that time, she was told she needed a degree so while working full time, Vickie completed her executive  MBA at Laurentian University.

“As people, we all have something to offer the world. The trick is learning what it is and when it’s needed, and if you can help somebody, you should.”

Later, she started working for a large accounting firm learning about indigenous Trusts, aiding Indigenous clients in managing settlements and revenue streams from impact benefit agreements where the money was to be set aside and invested for future generations. Over the span of seven years, she moved from Manager to Director, working with six other people, and became the Indigenous lead in British Columbia. Her lead role was mostly business development focused and meant coordinating with other service areas when needed. However, her biggest joy was working with clients, specifically in their communities with their members.

Trust work ranges and can involve traveling to communities, communicating with members and seeking their feedback, chairing the meetings if needed, helping to hire other service providers, ensuring the minutes reflect the Trustees decisions, creating and implementing spending policies, approving payments, generating monthly financial reports, training and working with the community members. Each journey with these communities allowed Vickie to learn some of their languages and cultural practices. Over the years, things she would learn from one community could be transferred to another. This lead to her four-year involvement as a board member with the National Aboriginal Trust Officers Association (NATOA).

NATOA is a grass-roots organization for all First Nation trustees across Canada, that provides online training, advice and holds an annual conference each for Trustees to attend and share their experiences. Vickie also sits on the board of directors of AFOA Canada and has been since October 2018, holding a three-year term.

“Both AFOA and NATOA were created by indigenous people, for indigenous people. Everyone is welcome and we all learn from each other.  What’s interesting to me is that you may think you have thought about an issue and the path is clear and then you go and hear about another nation’s experience and it adds something for you to think about.  Knowledge is power and by congregating our experiences together, we are all stronger.”

When she left her previous employer, finding another company with a strong supportive culture was extremely important to her. She interviewed a number of firms to learn about their culture, as well as asked her personal network for their opinions. That was then she remembered a conversation she had with an Indigenous community in Yellowknife she used to work with, and how highly they spoke about our firm.

The community said that Crowe MacKay was a great firm. They liked our people. We were kind, helped them, and we were a good firm overall. That stuck in Vickie’s mind and when she met with our firm’s chairperson, Stefan Ferris, she was drawn in by our firm’s culture of teamwork and how people would really care about her opinion based on her needs for working in Crowe MacKay’s Indigenous Services. Stefan mentioned that it would also be entrepreneurial and Vickie’s success’ would be based on how well she worked with others as well as being successful on her own.

Vickie has been welcomed with open arms. Already, staff from across our firm have been reaching out, giving her phone calls, coordinating meetings, and dropping by her office to share their experience and learn more about what she does. Some of the Financial Advisory services Vickie is doing within our firm for First Nations include trust structuring, trust administration, policy updating, and board governance. Vickie has some big goals for the firm’s Indigenous Services, with a focus on building the practice and attracting Indigenous professionals to join the team. 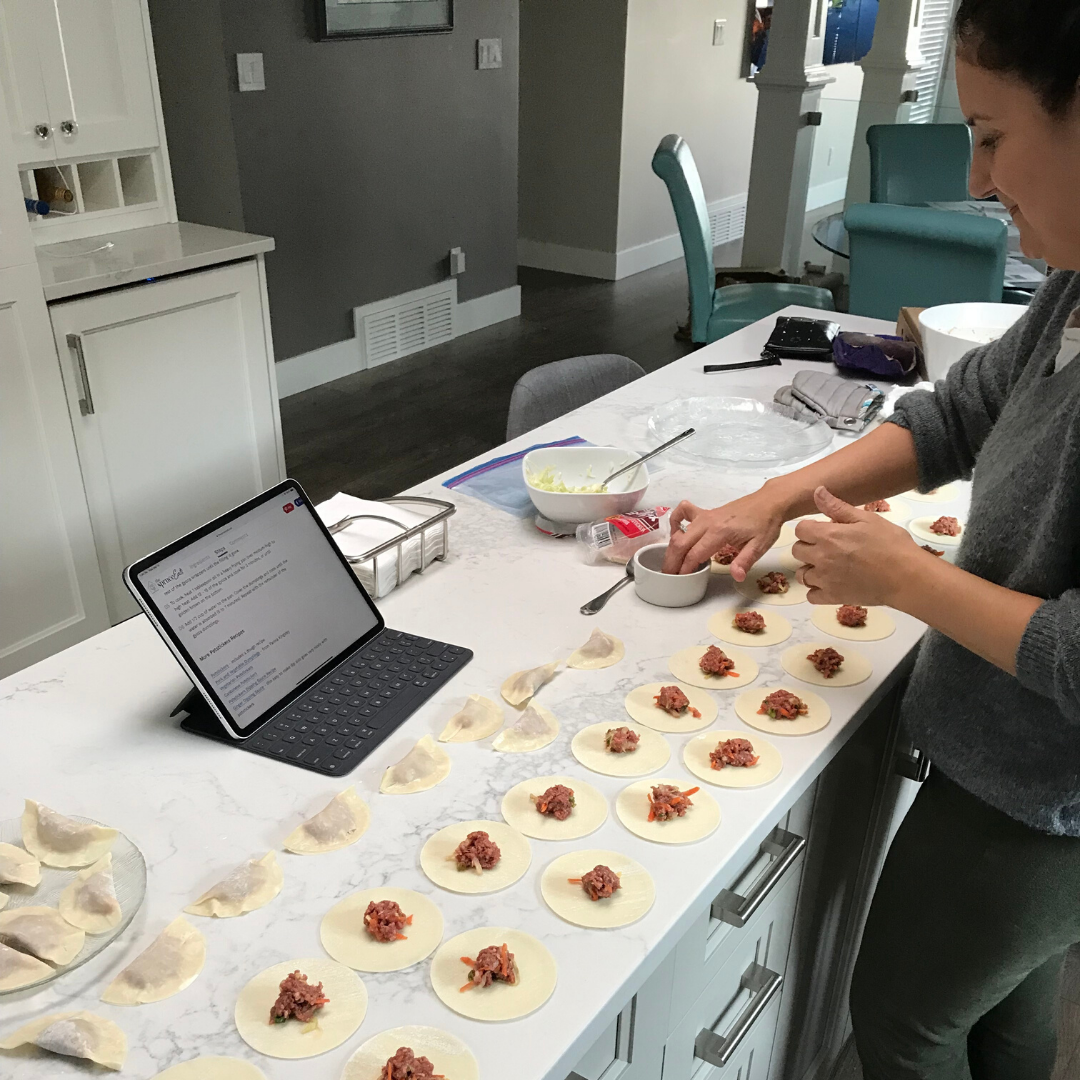 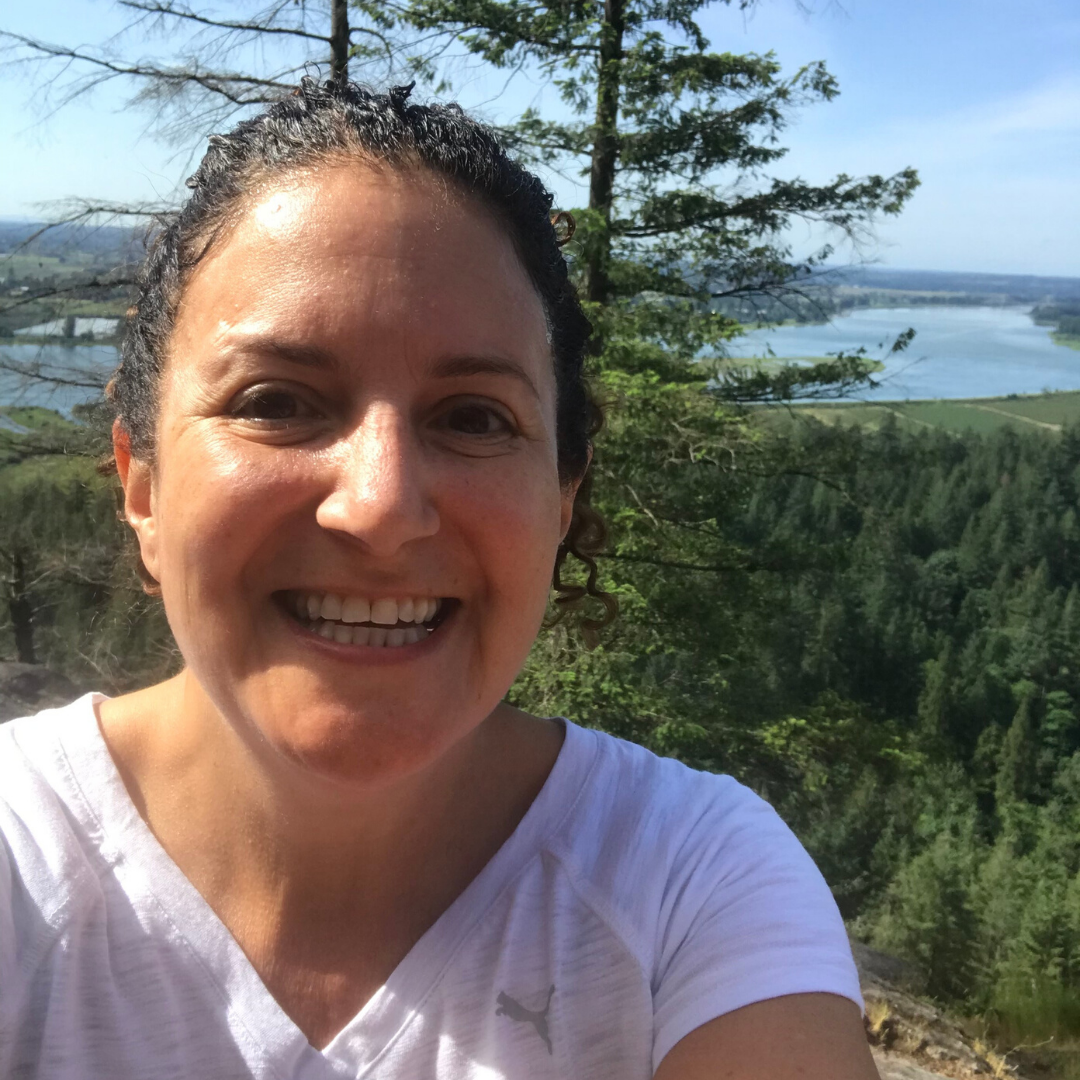 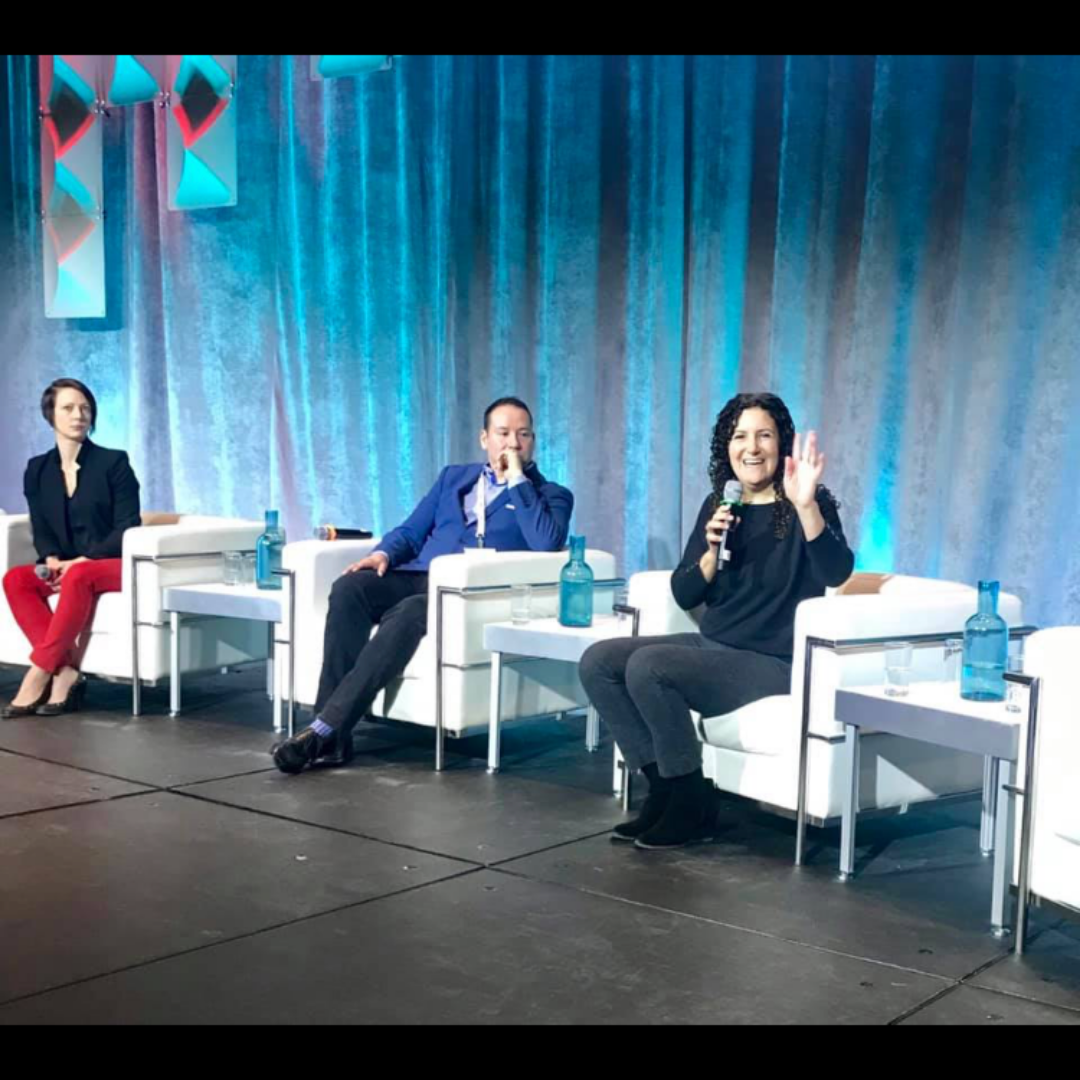 Photos are of Vickie making gyoza's at home, hiking near her home in Coquitlam, and giving a speech at the 2019 Forward Summit