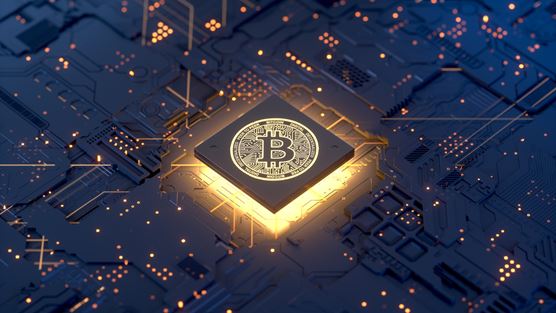 Blockchain is a distributed database that allows for secure, transparent and tamper-proof transactions. The first blockchain was created as the underlying technology for the digital currency, Bitcoin.

So how did this revolutionary technology come about? The concept of blockchain was first outlined in a whitepaper published by an anonymous individual or group known as Satoshi Nakamoto in 2008. In the paper, Nakamoto proposed a system whereby transactions could be securely recorded and verified without the need for a central authority. This was accomplished by creating a decentralized ledger of all transactions, which could be verified and approved by consensus.

Since then, blockchain has been further developed and is now being used in a variety of different industries, from finance and healthcare to supply chain management and real estate.

How does blockchain work?

A blockchain consists of a series of blocks, each of which contains a record of some kind of transaction. When a new transaction occurs, it is added to the end of the blockchain in a new block. Each block is then 'chained' to the previous block, using cryptography. This makes it very difficult to alter any records in the blockchain retrospectively, because doing so would require not only changing the record in the new block, but also all of the blocks that come after it in the chain.

Why is blockchain important?

Blockchain technology is often lauded for its potential to revolutionize a variety of industries. From financial services to supply chain management, blockchain has the ability to streamline processes and create new opportunities for growth.

Blockchain is also important for another reason: it helps to ensure the security and integrity of data. In an era where data breaches are becoming more common, blockchain provides a tamper-proof way to store information. This is because blockchain data is stored in a decentralized network, making it incredibly difficult for hackers to access. As a result, blockchain technology can help to protect our most sensitive information from those who would do us harm.

What is a digital token?

A digital token is a type of cryptocurrency that represents a digital asset or a utility. Blockchain is the underlying technology behind digital tokens that allows for secure, decentralized, and tamper-proof transactions.

A digital token is built on top of a blockchain and has a specific purpose or use case. Most digital tokens are traded on cryptocurrency exchanges and can be used to purchase goods or services. Some digital tokens can also be used to represent assets such as stocks, bonds, and real estate.

What is a tokenised economy?

A tokenised economy is one in which digital tokens are used as a means of exchange. These tokens can be utility tokens, which provide users with access to a particular service, or security tokens, which represent ownership of an asset.

In recent years, there has been a growing trend towards tokenisation, as it offers a number of benefits over traditional forms of currency. For example, tokens can be easily transferred and stored on a blockchain, making them more secure and efficient than paper money.

In addition, tokens can be used to raise capital for new projects, as they can be easily sold or traded on digital exchanges. As a result, the tokenised economy is likely to continue to grow in importance in the coming years. This further augments the importance of blockchain.

What are the downsides of blockchain?

One of the potential downsides of blockchain is that it could lead to concentration of power, as a small number of large blockchain platforms emerge. Another potential problem is that blockchain could be used to anonymously store data that is illegal or harmful, such as child pornography.

The downsides of blockchain can be overcome by regulating blockchain platforms, and by developing mechanisms for flagging and removing illegal or harmful content.

What are some examples of how blockchain is being used currently?

Blockchain technology is still in its early stages, but it has the potential to revolutionize how businesses operate. We have seen some amazing examples of how blockchain is being used already, and we believe that this is only the beginning.