More than a year since the passage of the Tax Cuts and Jobs Act of 2017 (TCJA), the impact of this sweeping tax overhaul is becoming clearer. Yet many specific questions remain unanswered.

As the rollout of guidance continues, insurers need to continue to closely monitor IRS guidance for the foreseeable future, as much of the guidance issued to date has yet to be finalized.

The headline features of the TCJA – such as the rate cuts and restructuring of corporate income tax rates, the repeal of the corporate alternative minimum tax (AMT), and changes to the net operating loss (NOL) carryback and carryforward rules – have been widely documented over the past year. At the same time, however, the specific effects of other changes are still somewhat unclear, as businesses await final clarification of new rules.

A bit of ambiguity is no surprise, of course, given the size and complexity of the TCJA. In fact, in the aftermath of massive and sweeping legislation, it is quite common for Congress to pass a technical corrections bill that makes minor language adjustments and clarifies ambiguities. Unfortunately, considering the current state of partisan discord, passage of a law clarifying the TCJA might be unlikely for the near future.

Despite the absence of such a law, taxpayers still have other sources of guidance. Prominent among these is the General Explanation of Public Law 115-97, commonly referred to as the “Blue Book.” The Blue Book was issued in December 2018 by the Joint Committee on Taxation (JCT), which is composed of legislators from the tax-writing committees from both houses of Congress, in consultation with the U.S. Department of the Treasury’s Office of Tax Policy.

Although some industry observers have found the Blue Book to be less valuable than they had hoped, it does serve as one source of guidance for both taxpayers and the IRS. Other sources include IRS notices, revised revenue procedures, and rewritten Treasury regulations. Some of the most significant of these are listed in Exhibits 1 and 2.

Despite the ongoing rollout of guidance, several unanswered questions remain about how the IRS will interpret some of the TCJA provisions. For insurers, some of the most consequential remaining issues include:

In addition to questions that affect all businesses, several TCJA provisions are of concern to companies with international operations. Some of the most prominent international tax questions include:

In addition to its immediate tax consequences, the TCJA also has an impact on companies’ financial statements. Some of the most significant accounting and financial reporting issues include:


Looking beyond such specific interpretations, the NAIC also is preparing to publish more far-reaching guidance including revisions to its Statement of Statutory Accounting Principles (SSAP) No. 101 – its primary guidance document related to income tax issues. The most immediate changes will be revisions to the question and answer guidance within SSAP 101, since many of the examples its uses are no longer accurate due to changes in tax rates, NOL carryforward rules, and other provisions.

As the various revisions to the tax code, U.S. GAAP, and statutory accounting requirements continue to unfold, insurers will need to remain vigilant, and are encouraged to submit industry comments to the relevant organizations. Although the impact of tax reform is indeed far-reaching, there still are opportunities to help shape the ultimate outcome of this complex undertaking. 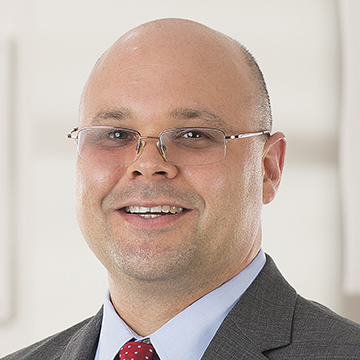