CFO Climbs one of Seven Summits for Stollery 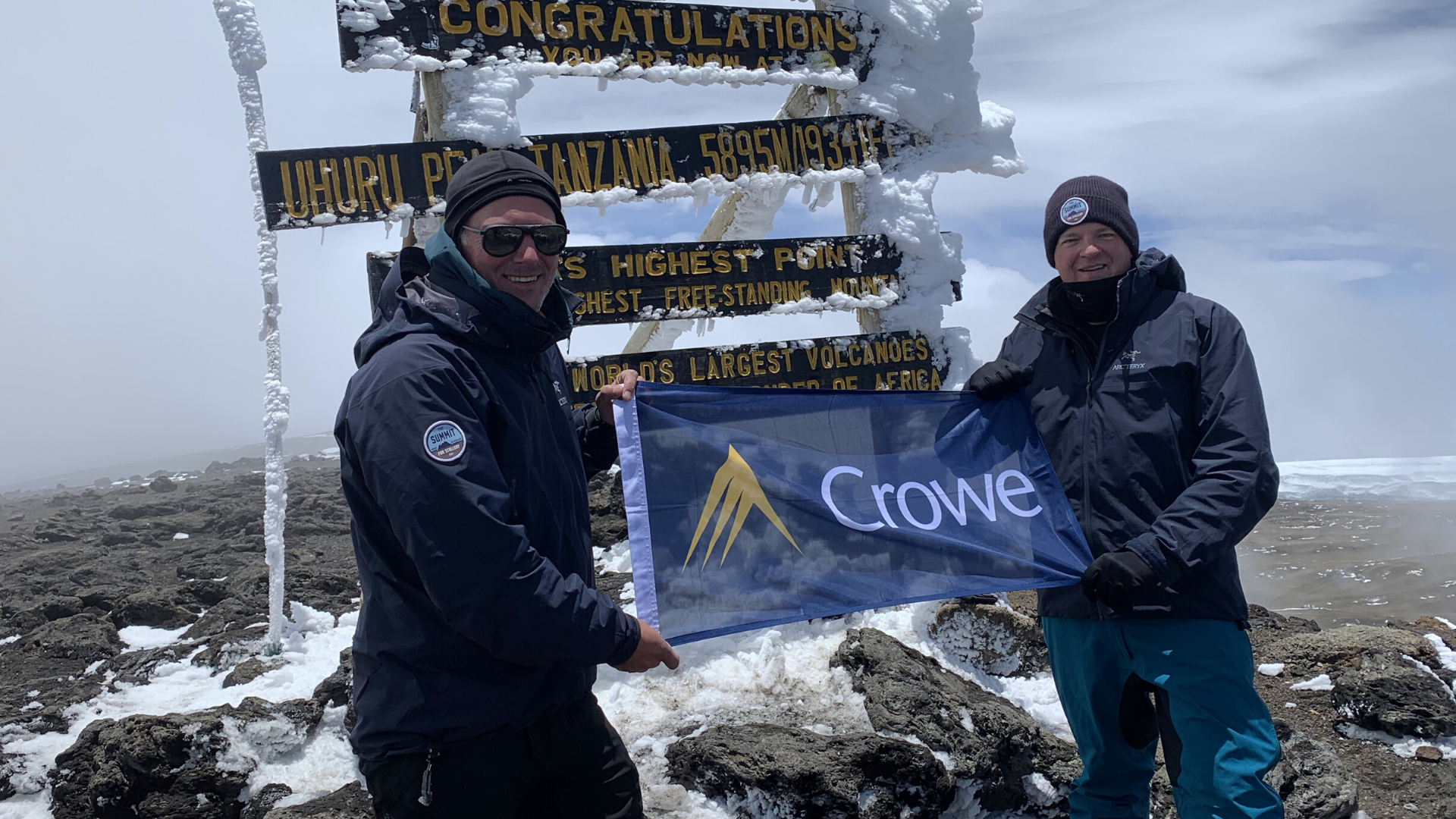 What do 11 Edmontonians, Mount Kilimanjaro, and a goal of $1 million have in common? The Summit For Stollery.

On October 4, 11 community minded individuals travelled to Africa to climb Mount Kilimanjaro, in a fundraising endeavour aptly named, The Summit For Stollery. 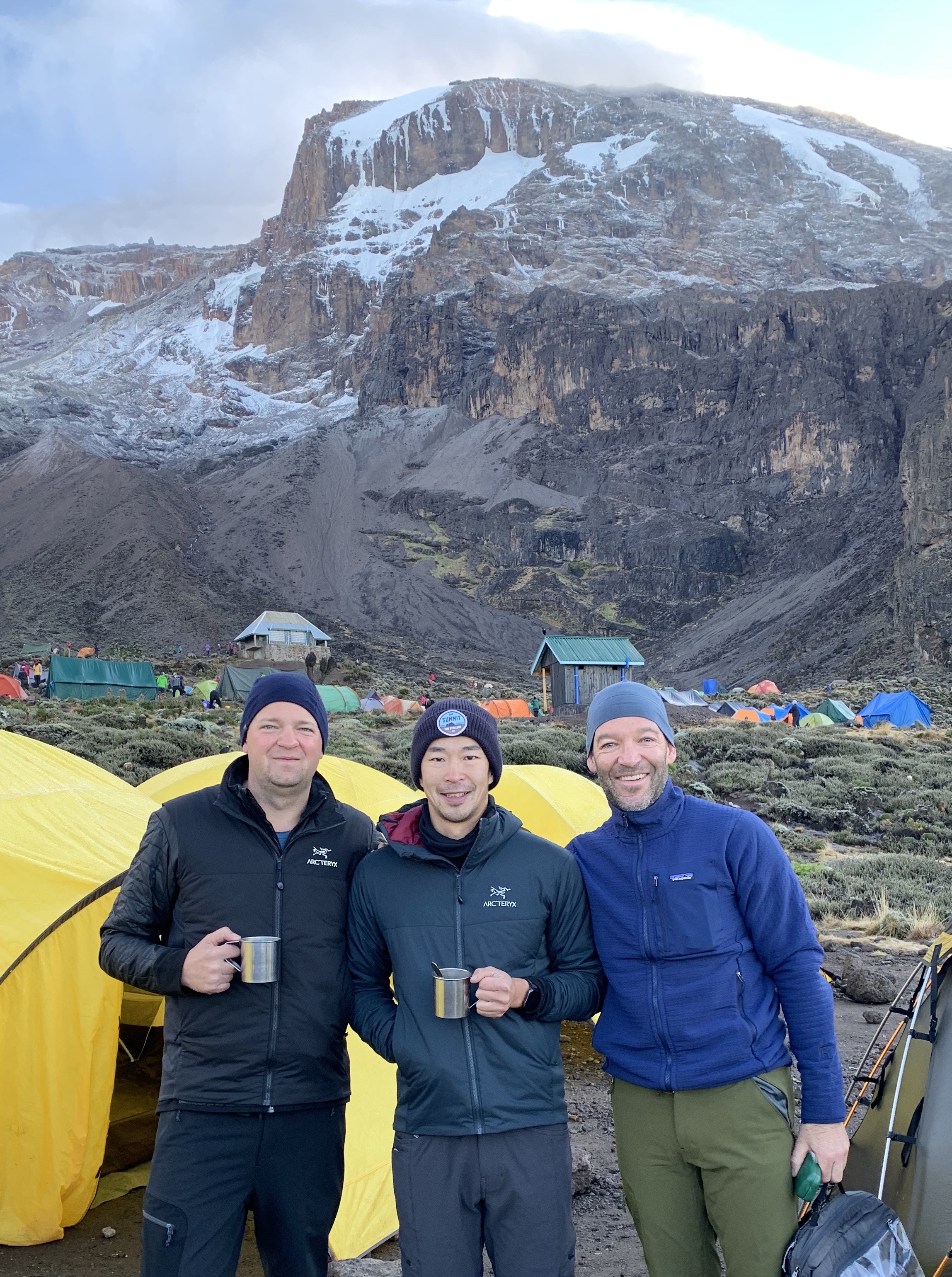 Crowe MacKay’s CFO, Kieran Bowes, is one of the team members who made the trek across the globe to make an impact in his home town of Edmonton.

Kieran calls himself the “Reluctant Trekker.”

Climbing one of the world’s Seven Summits’ nor travelling to Africa were on Kieran’s bucket list, but when this was built around the vision of raising $1 million for the Stollery Children’s Hospital Foundation, his view began to change.

Kieran and his wife were recently blessed with their wonderful son, ‘Jack-boy.’ And though Jack is now a joyous toddler, Rita and him spent weeks in hospitals with undiagnosed issues surrounding his birth. While the details aren’t necessarily what matters, the experience of not knowing why Jack kept ending up in the hospital, or of what was going to happen next and with what outcome, left their family feeling helpless to say the least.

“As friends and family offered their support, they shared their stories or stories of others. What became clear was the impact the Stollery has on our community and how many families it touches.”
Kieran’s experience and hearing the experiences of others left an eagerness to give back.

“It became clear that this was trek was bigger than our family, and Jack; it was for our community.”

Edmonton is a known for its philanthropic nature. It is a city built on the entrepreneurial spirit; grit, determination, and hard work. While the Stollery, and others, support our community, they also require the support of our community. It is no coincidence that familiar names of families and companies in our community adorn the rooms and walls, they are even the very namesake of the hospitals. 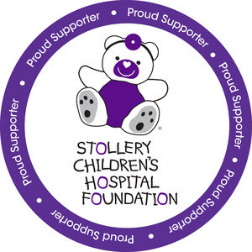 The Stollery Children’s Hospital Foundation advances children’s health care by funding specialized care at the Stollery Children’s Hospital in Edmonton, Alberta, Canada. They home state-of-the-art equipment and facilities; sub-specialty education to train the brightest medical minds; research to discover new treatments and cures; and specialized pediatric programs that improve family-centered care, child and youth addiction and mental health services, and patient and family outcomes. Their mission is to give kids the best chance, anywhere in the world, to live a long and healthy life.

So, Kieran made the commitment to not only climb, but summit the highest mountain in Africa — 4,900 metres from its base and 5,895 metres above sea level— Mount Kilimanjaro: the highest free-standing mountain in the world.

Trekkers experience almost all distinct ecological zones on their way to the top; cultivated land, rain forest, heath, moorland, alpine desert, and an arctic summit. Each zone gets colder and drier as the elevation increases. Plant and animal life also disappear. The summit is in the arctic zone, which is characterized by ice and rock. At this altitude, categorized as “extreme”, there can be no permanent human habitation as the body is in a state of deterioration.

How much effort is needed in advance of a Mount Kilimanjaro trek? “A great question that I should have asked in advance” chuckles Kieran.

In the 30 days leading to his departure Kieran’s schedule underwent an overhaul (to say the least).

And with this Kieran shed some pounds and now qualifies for the cruiserweight class for the first time since 2009! But he will be thinking twice before signing up for the boxing fundraiser if it comes up.

He did more shopping than ever before:

And then, felt the pain of not spending time with family and friends. How much could he miss?

But after it’s all said and done, Kieran was ready for the hike. It was time to say Kwaheri!

(which would include 13 days of little to no cell service to keep in touch with Rita and Jack).

To say it takes a tribe to summit Mount Kilimanjaro is an understatement. For 12 trekkers, there were four guides, one chef, and 58 porters, (known as Sherpas), who supported the group, ensuring their safety and that they were cared for over their nine day climb. They were embarking on a seven and half day journey up Mt. Kilimanjaro and one and half days down.  As the group prepared to summit they witnessed two medical heli-evacuations for other trekking groups — the risk to their bodies became a reality. They were about to push themselves to new limits. 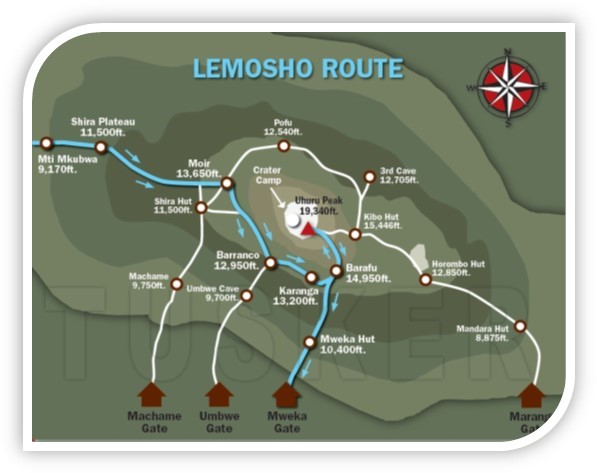 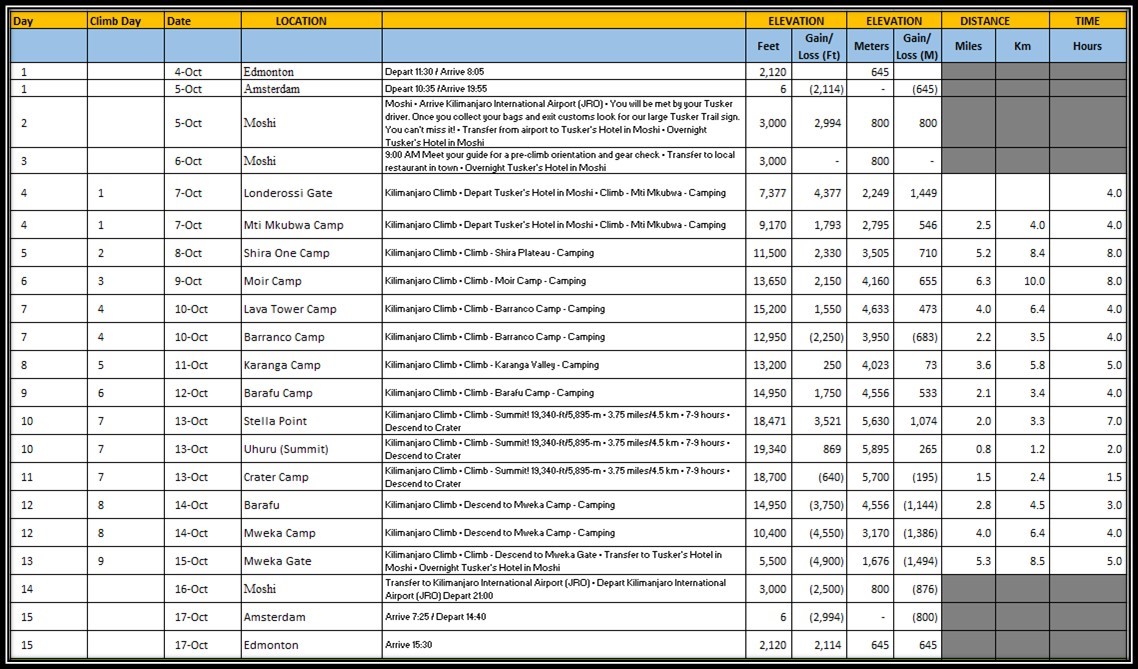 The alarm goes off at 3 a.m. It’s summit day. There was no time to waste as the group climbed from 15,000ft to 19,000ft in over eight hours reaching the summit, and then back down to 15,000ft in just over four hours— all in the same day. It’s was a slow and steady climb, allowing their bodies to acclimatize. And as their luck would have it, this was the second worst weather their guide had seen in his 130 trips up the mountain. The trekkers endured blizzard conditions, enduring -25C temperatures and 50km/hour winds. That day they were all thankful for their Canadian blood. 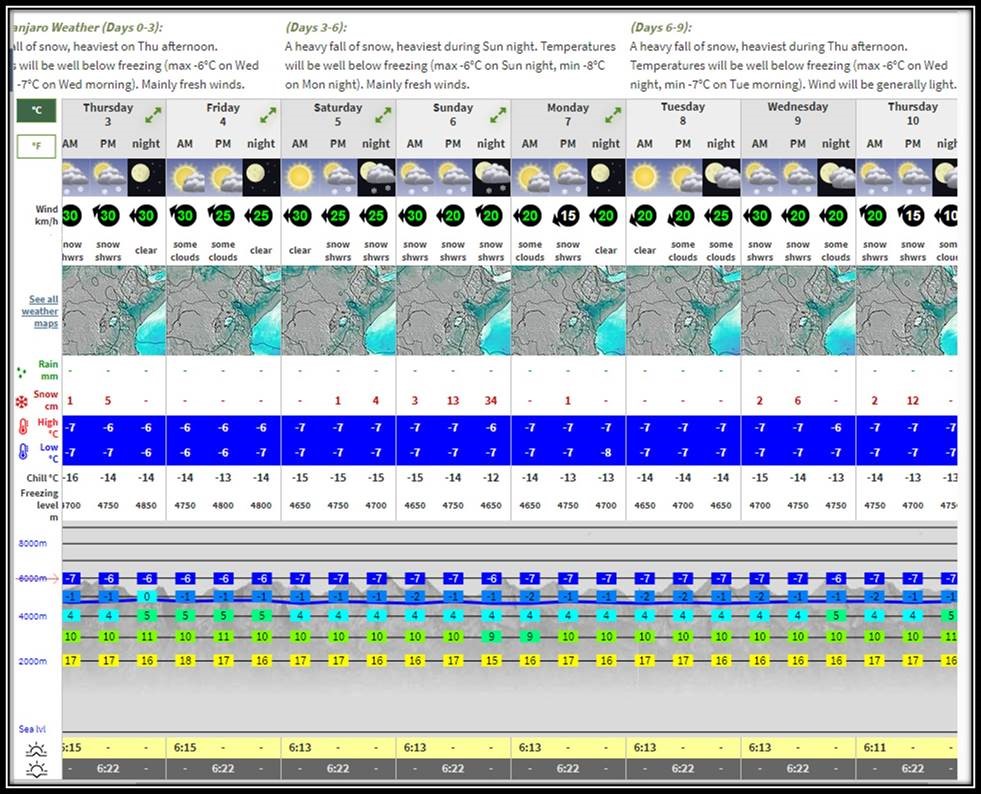 As they got closer to their destination, oxygen levels depleted, and it became mind over matter. A focus on breathing and putting one foot in front of the other. This was not a race. The mantra for their steps became “child, donor, child, donor” never forgetting why they committed themselves to making a difference. 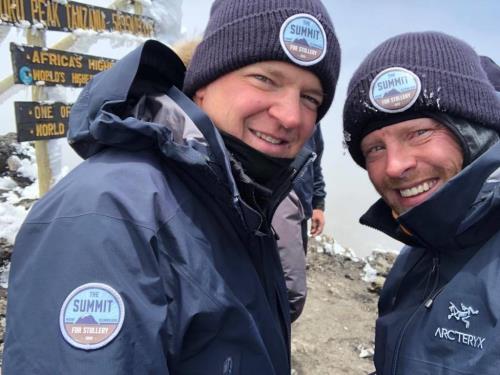 Some may refer to the summit experience as a bucket list moment, while others it was proof of their perseverance. For the Summit for Stollery group this was a lifelong bonding experiences with like-minded Albertans.

To date, the team has raised over 105% of their goal, sitting at $1,046,000. Kieran surpassed his personal goal of raising $50,000, but the group is continuing its efforts through November.

If this is a cause that speaks to you, you can donate directly to The Summit for Stollery here. 100% of the donations received will go directly to the Stollery or Stollery supported organizations, such as the Lois Hole Hospital for Women. All travel, equipment, and excursion costs were paid for directly by the climbers. Donations over $25 will receive a tax receipt. The names of all those donating (over $100) will be incorporated into a recognition installment at the Stollery commemorating this effort.