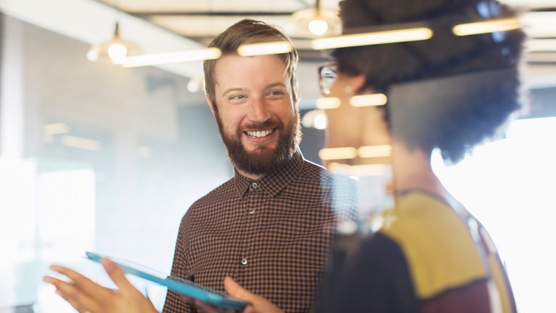 The Federal Government launched the Canada Emergency Commercial Rent Assistance (CECRA) program to provide financial assistance to small businesses in respect of their commercial rent. The program was administrated by the Canada Mortgage and Housing Corporation (CMHC) on behalf of the Federal Government and its provincial and territorial partners. It offered commercial rent assistance for the months of April through September 2020.

The program was available for application since May 25, 2020, and has now ended.

The CERS program would provide simple and easy-to-access rent and mortgage support until June 2021 for qualifying organizations affected by COVID-19. The rent subsidy would be provided directly to tenants, while also providing support to property owners.

The new rent subsidy would support businesses, charities, and non-profits that have suffered a revenue drop, by subsidizing a percentage of their eligible expenses, on a sliding scale, up to a maximum of 65% of eligible expenses until December 19, 2020.

The subsidy would be available retroactive from September 27, 2020, until June 2021.

The CERS would provide a 25% top-up for organizations temporarily shut down by a mandatory public health order issued by a qualifying public health authority, in addition to the 65% subsidy listed above.

The CERS has been extended by an additional four periods, beginning June 6, 2001 and ending on September 25, 2021.

Learn more on the extended CERS including updated eligibility 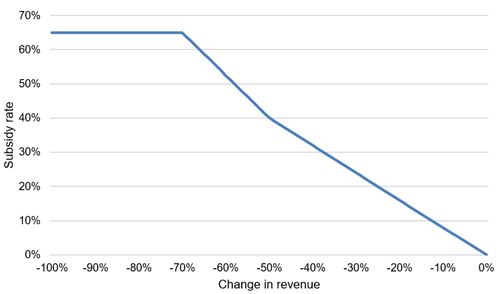 Eligible expenses for a location for a qualifying period would include:

Any subleasing revenues need to be subtracted from these expenses and any sales tax (e.g., GST/HST) component of these costs would not be an eligible expense.

Expenses for each qualifying period would be capped at $75,000 per location and be subject to an overall cap of $300,000 that would be shared among affiliated entities.

Public institutions are generally not eligible for the subsidy.

In addition, an eligible entity must meet one of the following criteria:

Effective September 27, 2020, property owners that rent to non-arm’s length tenants whose operations have been impacted by public health orders are eligible for the CERS providing all other conditions for the CERS are met.

Revenues under the CERS will be calculated in the same manner as under the Canada Emergency Wage Subsidy program.

Reference Periods for the Drop-in-Revenues Test

Eligibility would generally be determined by the change in an eligible entity's monthly revenues, year-over-year, for the applicable calendar month (general approach).

Alternatively, an entity can choose to calculate its revenue decline by comparing its current reference month revenues with the average of its January and February 2020 revenues (alternative approach).

Once an entity has chosen to use either the general or alternative approach, they must use it for each of the three periods. The approach chosen would apply to both the base Canada Emergency Wage Subsidy and the Canada Emergency Rent Subsidy.

An eligible entity would use the greater of its percentage revenue decline for the current qualifying period and that for the previous qualifying period in order to determine its subsidy rate. This would provide certainty to businesses regarding their expected minimum subsidy rate and aligns with the practice under the Canada Emergency Wage Subsidy.

Table 2 below, outlines each qualifying period and the relevant reference period for determining the change in revenue.

All applications must be made on or before 180 days after the end of the qualifying period.

Examples of How Organizations Will Benefit

Sandy owns a kitchen supply store. The store was closed down in the initial stages of the pandemic in March and April, but has since reopened. With new safety precautions in place Sandy now limits the number of customers in her store. In September and October, her revenues are down 25% compared to last year. She paid $5,000 in eligible rent costs during the first period of the rent subsidy. For this period, she will be eligible for a rent subsidy of 20%, or $1,000.

Matt owns a local chain of three casual dining restaurants. With restrictions on dining room capacity, and patio business declining as cooler weather sets in, his revenues were down 40% in September and 60% in October, compared to the same time last year. Matt incurred $30,000 in eligible rent costs in respect of the first period of the rent subsidy. He will be eligible for a rent subsidy at a rate of 52.5%, for a benefit of $15,750.

Under the rent subsidy, MovieCastle Group will be eligible for a base subsidy rate of 65% on a maximum of $300,000 of rent expenses per period. At each location, only the first $75,000 of rent expenses is eligible for the subsidy. MovieCastle Group members decide to divide the maximum $300,000 for the group equally amongst the six members, and each therefore can claim $50,000 in eligible expenses. The total group benefit will be $195,000 (or 65% of $300,000).

In contrast, if Ted’s Restaurant Inc. also owned the property, it would be entitled to both the rent subsidy and the Lockdown Support on the mortgage interest, property taxes and real property insurance paid in connection with the property. The draft legislative proposal would ensure that Ted’s Property Company could qualify for the Lockdown Support.

Connect with your local office

Receive updates from our experts directly to your inbox, subscribe today!