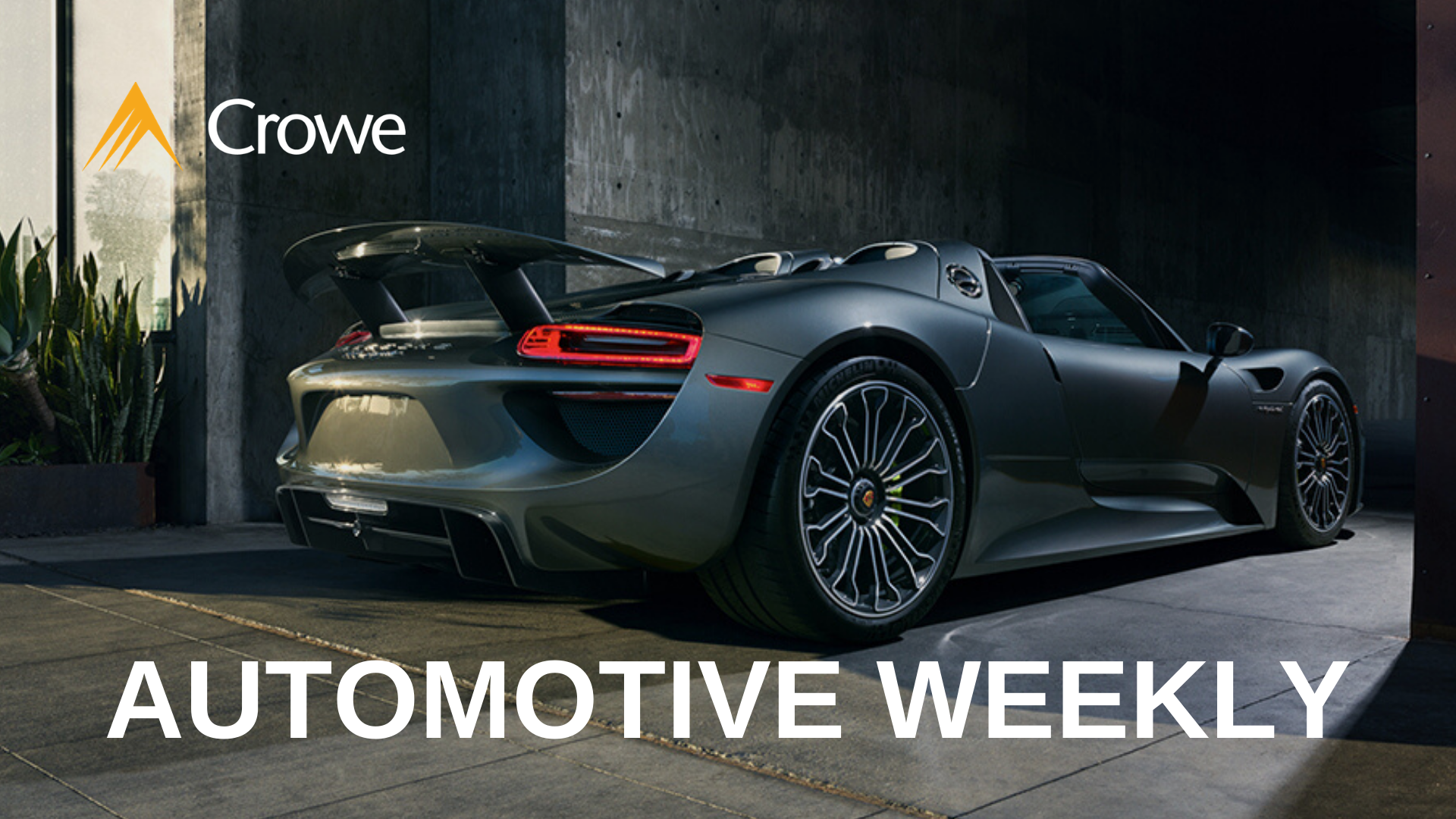 An estimated 32,000 Ford employees throughout North America learned Thursday (October 8) they will remain working from home through June, a company official confirmed to the Free Press. Ford had announced previously that its remote workforce would return to Ford offices no sooner than January 2021. A vast majority of the workers are U.S.-based. "The North America workforce was informed this afternoon in a regularly scheduled meeting that is led by Kumar Galhotra, president, Americas and international markets group. It was virtual," said Cassandra Hayes, Ford manager of transformation communications.

Honda Motor Co is redesigning the looks and the marketing for its sport utility vehicles and trucks to appeal to U.S. consumers who are paying premiums for rival automakers' vehicles that offer a more rugged, off-road adventure image. Since the 1970s, Honda has been synonymous in the United States with understated, well-engineered and highly efficient cars such as the Honda Civic and Accord. Honda’s SUVs, minivans and its Ridgeline pickup truck are built on the smooth-handling chassis of those sedans. But over the past five years, U.S. consumers have shifted toward larger vehicles with all-wheel drive, beefed-up suspensions, big grilles and body armor designed for plowing over desert paths and mountain trails - though most such vehicles never leave pavement.

HALF OF U.S. FIRE DEPARTMENTS ARE ILL-PREPARED FOR EV FIRES, NTSB SAYS

Half of U.S. fire departments have no protocols in place to fight fires that break out in the growing number of battery-powered vehicles on the road, according to accident investigators. 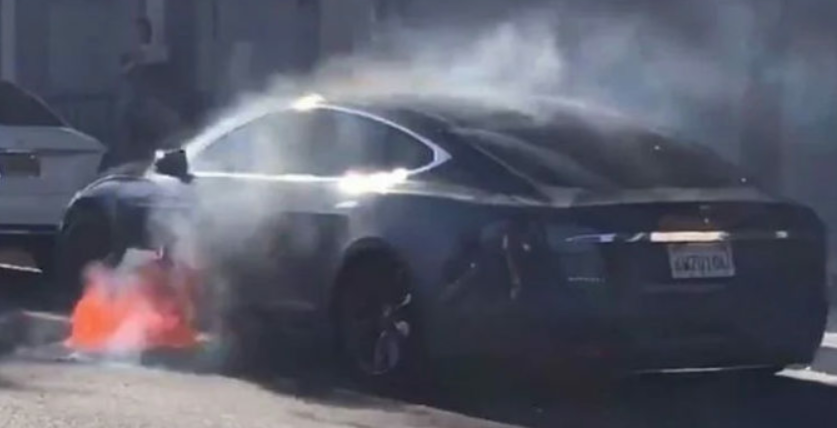 Only a quarter of fire departments have dedicated training for fighting blazes involving the EVs, according to the survey released Wednesday by the National Transportation Safety Board.

The survey conducted by the International Association of Fire Chiefs and the National Volunteer Fire Council was one of 17 reports, documents and other evidence released by the NTSB as it prepares to issue broad findings on growing risks of battery fires. The NTSB began its investigation after a series of crashes in which batteries on EVs, including several cases involving Tesla Inc. vehicles, burst into flames after crashes.

After a March 23, 2018, accident on a California freeway, a Tesla Model X caught fire twice within 24 hours and again six days later. The NTSB has also documented instances in which firefighters didn’t use the preferred method to fight a battery fire: copious amounts of water to cool overheating power packs and tamp down flames.

The most aggressive fires have involved lithium-based batteries, which can self-ignite and are difficult to extinguish, such as those installed on Teslas.

The survey of 32 fire departments was compiled in 2018, according to the NTSB records released Wednesday. At least 65 percent of departments said awareness of EVs, training for those type of fires and a lack of funding were all “obstacles” to how they responded.

Wealth buys you a lot of freedom. Freedom to do whatever dumb crap you want to do. (Which for most wealthy people means working until they die to accrue more wealth. Something I will never understand). But in the European Union, you aren’t even afforded the freedom to spec your custom Rolls-Royce however the heck you want! I’m sorry, did I wake up in communist China this morning? Who cares if the extra light from an illuminated Spirit of Ecstasy causes unnecessary light pollution? 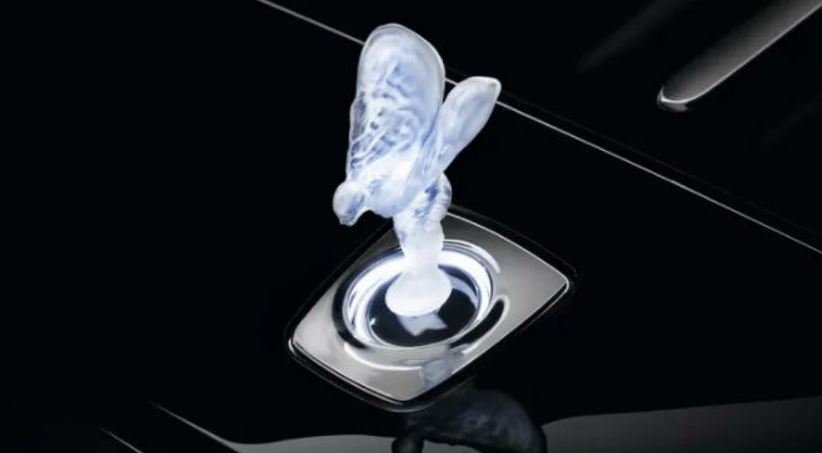 That’s right, the Woke Police have infiltrated the lawmakers of the European Union. They forbade the British automaker from selling the lighted lady hood ornament option within the EU, and existing EU Rolls customers with the option will be forced to bring their Rollers into the dealership to have her unlit. If the Remainers had known about this before the vote, Brexit surely would have been unanimous.

The new EU policy to reduce nonessential light pollution probably has something to do with so-called quality of life. As if the lighted Spirit of Ecstasy doesn’t cause an increase in quality of life for the owner of the Rolls-Royce, whose entire reason for being this rule summarily destroyed. How can living in a world with unlit Spirits be an improvement for anyone? I imagine the citizens of the EU would achieve great benefit from seeing one of these magnificent beasts, Spirit erected and aglow, plodding down the main streets and thoroughfares? Surely the proletariat feels pride in lifting up the ruling oligarchical class structure. Surely the Rolls owner would barely perceive the upsetting of suspension caused when a filthy prole falls under tire.

Nay, this is no longer a land of freedom. The terrorists have won. That we cannot go on with our Spirits illuminated is more than simple metaphor. Our spirits have literally been broken

If you do have a Rolls-Royce with an illuminated Spirit, the company will replace it with a traditional Spirit statuette free of charge, and refund you for the £3,500 option (about $4,550 U.S.). As if the cost is purely monetary. If we won’t stand for something, we’ll fall for anything.

The U.S. government’s road safety agency is investigating complaints that the Chevrolet Bolt electric vehicle can catch fire. The probe by the National Highway Traffic Safety Administration covers nearly 78,000 Bolts made by General Motors from the 2017 through 2020 model years. The agency says in documents posted on its website Tuesday that it has three reports of fires that began under the rear seat while the cars were parked and unattended. One person suffered smoke inhalation. The fire damage appeared to be concentrated in the battery compartment area, spreading into the passenger area.

The Japanese unit of automotive safety products supplier Joyson Safety Systems has falsified performance data for its seat belts and shipped substandard products, the Nikkei business daily reported on Tuesday. Joyson Safety Systems Japan, which took over the main businesses of bankrupt airbag maker Takata Corp., could not be reached for comment outside business hours. The Japanese transport ministry has asked the company to submit an investigation report, and has also told automakers to prepare for recalls of the seat belts in question, Nikkei said, citing sources. The ministry was not available for comment.

The company is the top seat belt maker in Japan with a market share of about 40 percent, according to Nikkei. Joyson Safety was created by Key Safety Systems' $1.6 billion acquisition of scandal-plagued Takata's assets in U.S. Bankruptcy Court in 2018. The deal was financed by Key Safety's Chinese parent company Ningbo Joyson Electronics Corp., private equity firm PAG and Chinese state-owned Future Industry Investment Fund. Key Safety changed its name to Joyson Safety in April 2018 and moved its headquarters within the Detroit suburbs to Auburn Hills, Mich.

Takata was responsible for the largest safety recall in automotive history for defective airbags that could explode and spread shrapnel within a vehicle during an accident. At least 26 deaths -- including 17 in the U.S. -- and 290 injuries have been linked to the defective airbags globally.

Joyson ranks No. 39 on the Automotive News list of the top 100 global suppliers with worldwide sales to automakers of $6.6 billion in 2019.

General Motors Co. is pushing forward with its racketeering lawsuit against Fiat Chrysler Automobiles NV in an appeal to the 6th Circuit Court of Appeals filed Tuesday. GM's case was cast aside by U.S. District Judge Paul Borman, even after the automaker presented new allegations in August that United Auto Workers leaders pocketed bribes from the Italian American automaker funneled through foreign bank accounts.

Fiat Chrysler Automobiles NV and the union representing about 9,000 workers at its three Canadian factories reached a tentative agreement late Wednesday night, averting a strike that threatened to ripple across the auto maker’s North American operations. Unifor, the Canadian union, said it would share details about the deal at a media briefing Thursday morning in Toronto. Representatives for Fiat Chrysler didn’t immediately respond to a request for comment. Before the Wednesday night deadline, Unifor had warned members to prepare for a strike, saying talks had bogged down on issues re ated to wages, health-care benefits and investment commitments at the Canadian factories.

HIGHER USED-CAR VALUES ARE A WILD CARD FOR NEGATIVE EQUITY

It is a dilemma born of a pandemic: Will vehicles purchased during COVID-19 help or harm consumer finances in the long run? Automotive finance experts agree that longer-term loans at some of the highest monthly payments for new vehicles along with elevated used-vehicle values could result in an increase of underwater customers. That would likely push these consumers out of the market for longer periods and put them in worse shape when they return. Even as transaction prices climb, however, the roller coaster of used-car values that occurred during the pandemic may have shifted factors in customers' favor, not against. Economists and analysts at J.D. Power, Edmunds and Cox Automotive say lender appetites for a customer's auto debt and long-term vehicle supplies could be key indicators of how new and used vehicles purchased in 2020 will perform in the years to come.

Nissan Motor Co’s U.S. lending arm agreed on Tuesday to pay a $4 million U.S. fine to settle a government agency’s allegation that it improperly repossessed hundreds of consumers’ vehicles. The Consumer Financial Protection Bureau (CFPB) said that between 2013 and 2019, Nissan Motor Acceptance Corp (NMAC), a subsidiary of the Japanese automaker’s North American unit, “wrongfully repossessed hundreds of consumers’ vehicles despite the consumer having made payments” or taken other actions. Nissan must pay up to $1 million to consumers subject to a wrongful repossession.