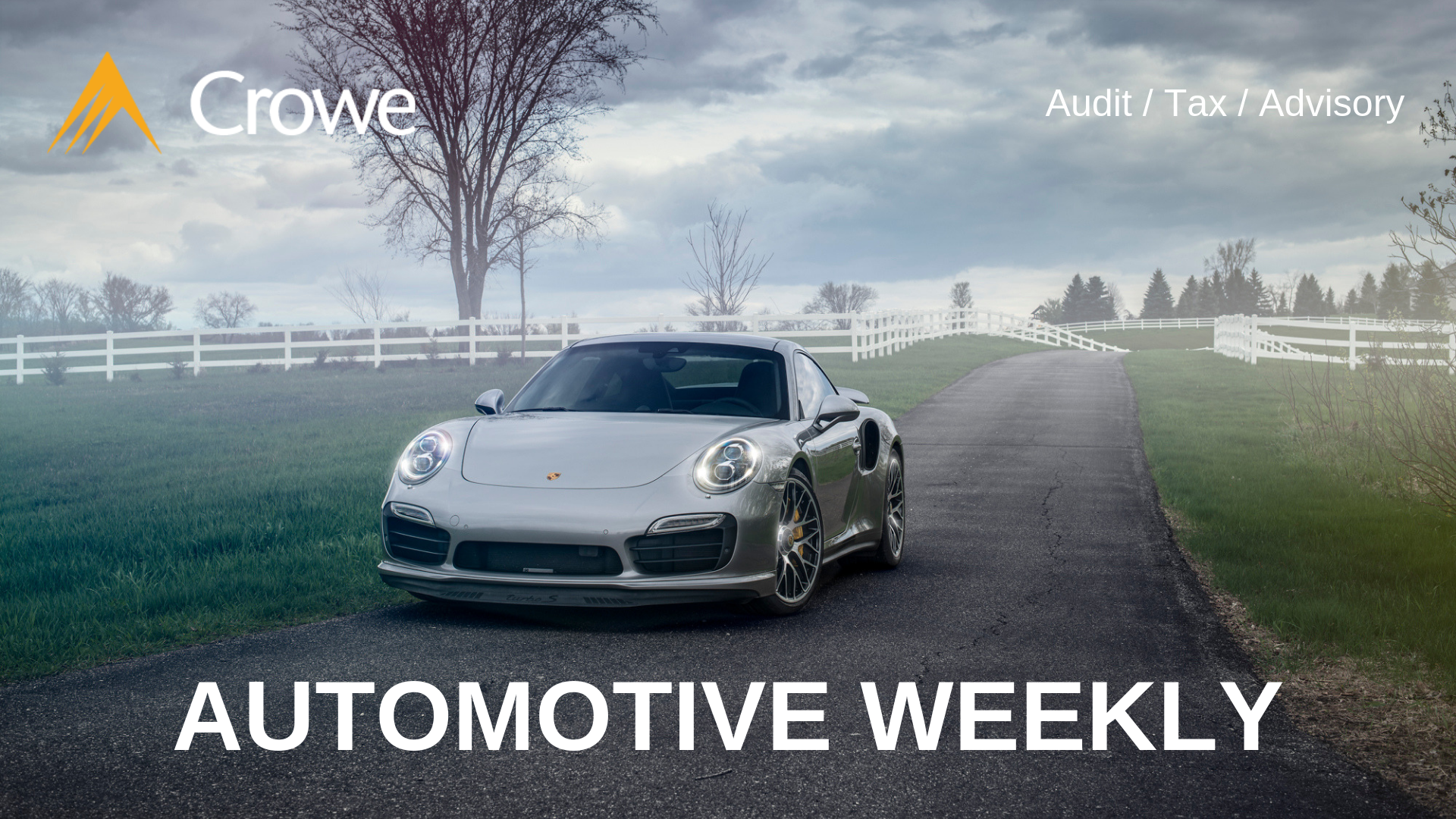 The 20 Late-Model Cars Most Likely to Be Stolen

THE 20 LATE-MODEL CARS MOST LIKELY TO BE STOLEN

According to Insurance Claim Data Powerful, big-engined vehicles top the list compiled by the Insurance Institute for Highway Safety.
A stolen car is never a great scenario, and it appears car thieves have favorites. The Highway Loss Data Institute released Thursday its list of vehicles most stolen in the U.S., and it's not good news for Dodge owners.

Topping the list is the Dodge Charger equipped with a Hemi V-8 engine. The muscle car is stolen over five times more often than the industry average. Right behind it is the Dodge Challenger SRT Hellcat, an even more powerful two-door muscle car, which is also stolen five times more often than the average car. No. 3 is the Infiniti Q50, which is a reprieve for Mopar fans, we guess.

The final seven cars making up the 10 most stolen vehicles are:

Right under the top 10 sits the Dodge Charger without a Hemi, which means Dodge's muscle cars are hot items for car thieves. The Chrysler 300 is also related to the Charger and Challenger duo, which presents an interesting relationship between the three and how likely they are to be stolen. Each of the vehicles outside of the top three are at least three times more likely to be stolen compared to an industry average.

According to the data, all 20 vehicles that appeared at the top of the list—among 300 vehicles—were luxury cars or pickups, or had big engines.

The least stolen car, according to the data compiled in May? A BMW 3-Series sedan.

HLDI compiled data from the 2016-2018 model years and only included vehicles that received at least 20,000 insured examples and a minimum of 100 claims. Naturally, this excludes low-volume models such as supercars and high-end luxury cars that are likely also the target of thieves.

As the initial Nissan Leaf electric vehicles barrel toward their first decade on U.S. roads, some owners are voicing concerns on Internet forums about battery degradation and clamoring for an affordable replacement. But more than a year after launching a battery refurbishment program for Leaf customers in Japan, Nissan remains noncommittal about offering the program in the brand's largest market—the U.S.

As dealerships look to sell off cars from the 2019 model year to bring in 2020′s shiny new models, they’re running into a problem. They still have cars from 2018 clogging up their lots. A full 3.5% of all July’s new car sales were 2018 model years, according to Tyson Jominy, vice president of automotive data and analytics consulting for J.D. Power. That means roughly 49,000 of the 1.4 million new cars sold in the U.S. in July were last year’s models. It’s the highest percentage of older models of new cars since 2005 when J.D. Power first started collecting data. The percentage of new 2017 models that sold last July was 2.5%, he said Monday.

A federal judge in Detroit on Monday sentenced the former United Auto Workers union vice president in charge of relations with Fiat Chrysler to 15 months in federal prison for misusing funds intended for worker training to pay for luxury travel, golf, liquor, and parties for himself and other union officials. Norwood Jewell, 61, who led the UAW’s national contract negotiations with Fiat Chrysler in 2015, is the highest-ranking UAW official to be sentenced in connection with a wide-ranging federal investigation of corruption within the union that represents U.S. factory workers at Fiat Chrysler Automobiles NV, General Motors Co., and Ford Motor Co.Source: Reuters

Auto companies and dealers are trying to find new ways to reach customers as sales slow and buyers change the way they shop. Fewer buyers ever set foot in a dealership before deciding what to buy. Slowing sales and a changing marketplace are disrupting the way dealers have always done business. Ford Motor Co. is borrowing from the playbook of Tesla, which has opened storefronts in malls in lieu of free-standing dealerships. The Dearborn automaker is testing "Smart Labs" in four locations outside the United States. While local dealers typically have displayed a car or two in the halls of shopping malls, this takes it a step further.

REALITY HAS SET IN: MAKING AUTONOMOUS VEHICLES WORK IS DIFFICULT

The future is connected and autonomous, but it’s complicated – and patience may be required. Judging by the conversation among “State of the Art: Connected and Automated Vehicle Technologies” panelists at the CAR Management Briefing Seminars here, the industry has moved well past the hype stage and now is confronting the many difficult realities of making autonomous vehicles functional and practical. And that is greatly tempering expectations about getting that technology on the road.

Nissan has raised the possibility that it now would be open to a merger between alliance partner Renault and Fiat Chrysler Automobiles, according to a new report, but whether FCA would be willing to revive talks with the French automaker is far from certain.

Free is in short supply and cheap is running out for new car shoppers nowadays. Occasional new-car shoppers might be surprised to see charges for items that once were included in the cost of a new car. In some cases, those charges are added because few shoppers ask for items that once seemed indispensable to everyday life. In other cases, they’re there because reducing complexity in how cars are built can drive down the overall cost of a car. "No doubt, vehicles are getting more technically sophisticated and advanced every year. And those added features add cost. In some cases, that's driving manufacturers to charge extra for items that came standard in the past. That said, here at Consumer Reports, we believe that safety features should never come as an added cost option," Cars Deputy Content Editor Jeff Bartlett said in a statement.

Here is a list of just a few features that used to be free in new cars that can add hundreds or thousands to the bottom line of any new car.

Paint colors. Henry Ford told us as much 100 years ago, but we’re still surprised that most automakers are happy to give us any color we like for free, as long as that color is black—or white. Many GM cars, including Buick and Cadillac vehicles, charge more for paint that’s not white. BMW does too. Want dressier colors? Automakers such as Mazda even have premium paint colors that cost above and beyond add-on paint charges: Soul Red costs nearly $600 compared to a premium white that adds $200. Luxury brands can charge much more.

Infotainment software. Charging more for apps isn’t just for phones anymore. BMW charges $80 per year for Apple CarPlay after the first year or $300 for 20 years, but it’s not alone. Retrofitting 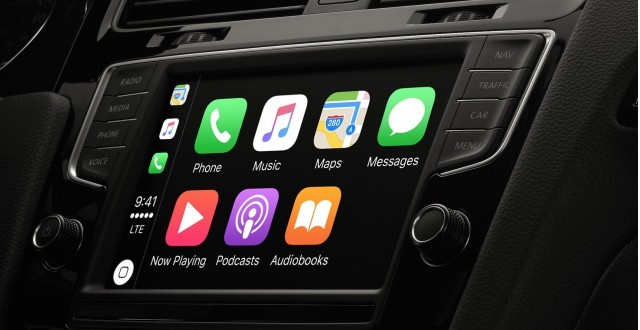 some Jaguar and Toyota vehicles with Apple CarPlay can cost hundreds. Telematics apps and concierge services from nearly every automaker can cost money every year, and add-on apps such as Pandora can charge a monthly subscription fee. At least navigation isn’t exorbitantly expensive anymore.

Spare tires. Cutting out spare tires from the trunks of new cars not only saves money, but it also saves weight. Automakers have ditched spares for several reasons: run-flat tires fitted from the factory, emergency roadside repair kits (aka Fix-a-Flat cans) instead of spare tires, or included roadside assistance are just some of the reasons.

Roof racks. Nearly all SUVs or crossovers on sale offers roof racks for an extra charge in most configurations. In some cases, automakers shelved factory roof racks to cut down on drag and boost fuel efficiency. In other cases, dealer-installed accessories won out as different roof racks were needed by different buyers. In nearly all cases, shoppers are on the hook for a few hundred dollars more if they want to strap bikes or boards to the roofs of their cars.

Cigarette lighters and ashtrays. Lighting up costs more—in many, many ways. As the number of smokers has declined, so too have the smokers packages that used to be found in every vehicle. Many automakers still offer the convenience of an ashtray and plug lighter, but just ask for more money. That’s one of many, many reasons to consider quitting.

Physical media players. Holding on to that Backstreet Boys CD? It’ll likely cost you more to play it in a new car. Automakers started ditching many physical media players in new cars 38 minutes after Bluetooth streaming audio arrived. Honda charges $310 for a CD player in some of its models, Subaru adds it back into some Outback models for $399. Do you still have that Teddy Pendergrass cassette? Tough luck. No one ships a new car from the factory with a tape deck.

General Motors is making some production changes at two of its assembly plants in North America. Meanwhile, the fate of four U.S. plants slated to shutter remains uncertain, dependent on bargaining talks with the UAW, GM said. GM is cutting production in Canada and Mexico where it builds the Equinox SUV in anticipation of slowing sales in North America and other markets. GM will cut its third shift in San Luis Potosi, Mexico, effective next week, a GM spokesman said. Besides the Equinox, GM also builds the GMC Terrain and Chevrolet Trax at San Luis Potosi. GM will shut down its CAMI plant in Ontario for one week the last week in September.