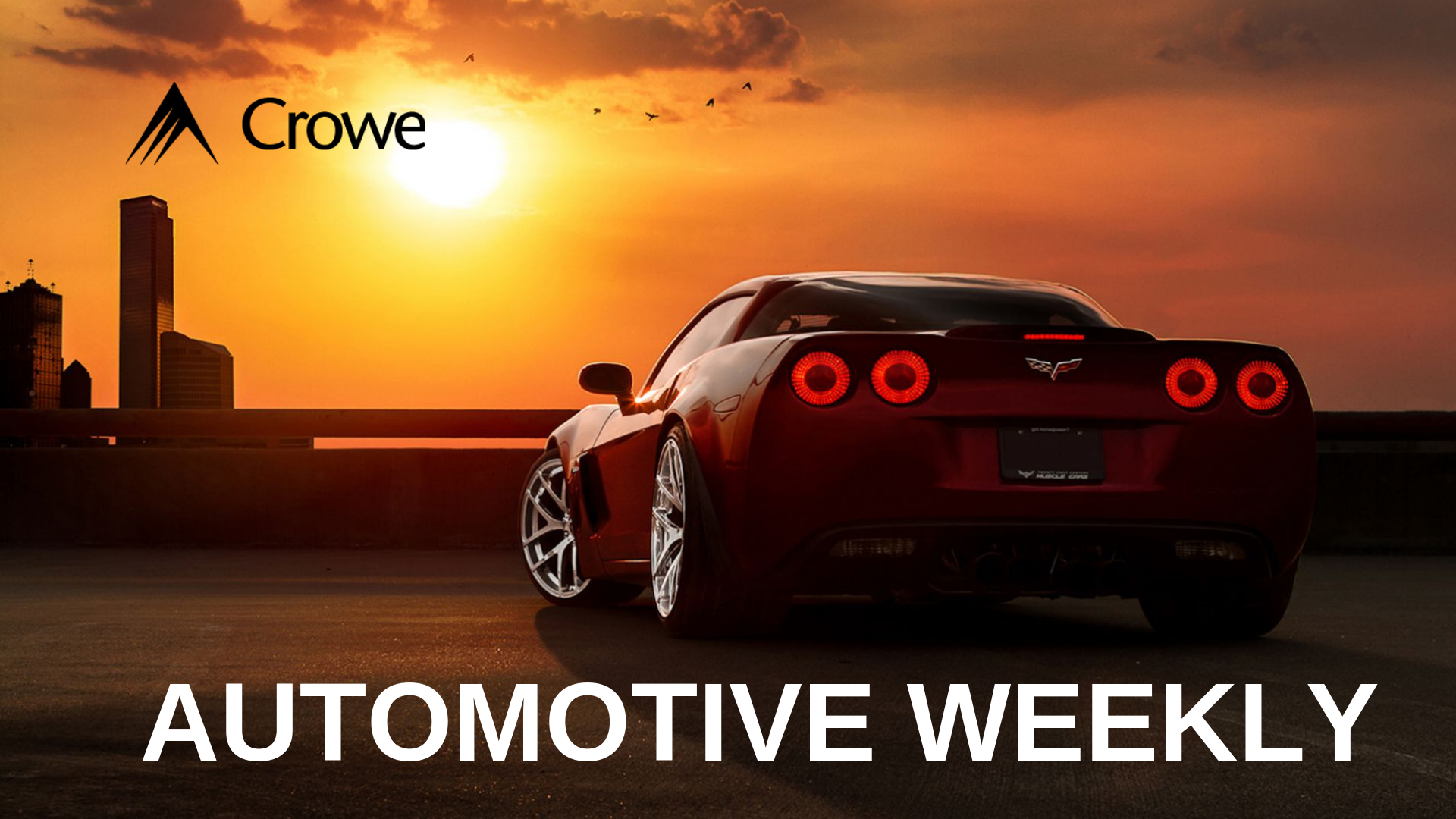 Barely three weeks ago, Daimler AG dialed back profit expectations for the year. The move was seen as a housekeeping exercise to allow Chief Executive Officer Ola Kallenius to start with a clean slate. But on Friday, the Mercedes-Benz maker cut its earnings outlook again—the fourth warning in just over a year—suggesting an alarming degree of disarray at the world’s biggest producer of luxury cars at a time when slowing sales and huge investments in new technology are testing the industry.

Are you gearing up to browse new cars for the first time in a long while? If so, be ready to open your wallet a lot wider. With the average age of new-car trade-ins—excluding leased autos—at just over six years, a shopper whose last purchase was in 2013 could suffer some sticker shock. Last month, buyers paid an average of $36,902 for a new car, according to Edmunds, an auto-research firm and online buying guide. That’s $5,468 more than the average price of $31,434 in June 2013.

Automakers are pulling back on vehicle incentive programs as sales slow, choosing instead to concentrate on maintaining profitability rather than chasing market share, industry research indicates. In Canada, the average manufacturers’ incentive per vehicle was $5,000 in June, down from $6,400 in June 2018, according to J.D. Power data. “That is a big drop, for one month, but it is consistent with the overall trend we see in incentive spending: its declining,” said Robert Karwel, senior manager J.D. Power’s automotive practice in Canada. The average incentive in May was $5,200, down from $6,400 in May 2018. “It’s a shift in strategy from going for market share,” Karwel said. “The automakers are saying, ‘We know we’re going to sell less this year so let’s ensure we maintain good profitability.’”

While that might see counterintuitive — in many falling markets, consumers expect to see more discounts, not fewer — automakers are choosing to cut production to match low demand, Karwel said. Incentive spending climbed between 2012 and 2017 and peaked in 2018 at about $10 billion, he said. Automakers cutback due to slowing sales, higher interest rates, and a falling Canadian dollar, Karwel added. This year, total incentive spending is expected to be closer to $8 billion, he said. 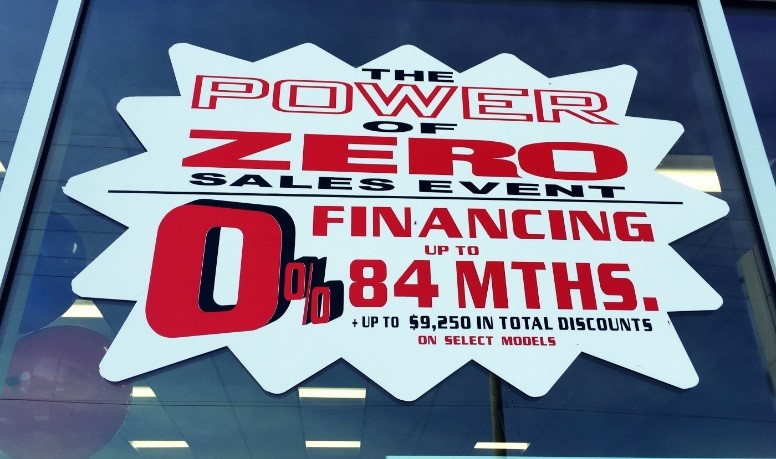 Few automakers were willing to comment on their incentive spending, citing competitive concerns. Not all brands have cut incentive spending equally, said dealer adviser Michael Lewicki of Lewicki Automotive Consulting Ltd. He said that incentive spending by the Japan based automakers remains firm, while some European luxury brands and Fiat Chrysler Automobiles have reduced their discounts. Cyril Dimitris, vice-president of sales and marketing at Toyota Canada Inc. said, “We develop our sales plan considering the demand in the marketplace and where we are in our product life cycle, and then put incentives as necessary to achieve that plan. “We happen to currently be in a refreshed state of our core product — RAV4 and Corolla — that is naturally driving demand.”

Hyundai Canada, Ford, General Motors, Volkswagen Canada, Nissan Canada, and Honda Canada declined to comment. FCA Canada referred to CEO Mike Manley’s comments in January, saying the company has focused on improving financial performance by bolstering pricing through the introduction of new vehicles. When auto sales were reaching their peak at 2.04 million units in 2017, automakers ramped up incentive spending in a bid to grab greater market share, Karwel said. “The retail environment was healthy,” he said. “In an expanding market, you can try to achieve those lofty sales goals.”

Most incentives, Karwel said, fall into three categories: Cash rebates; discounted interest rates; or favorable leasing terms. But, with sales expected to fall to 1.9 million units this year, according to Scotiabank’s Global Auto Report, automakers have been switching gears to protect their profit margins. The fastest way to do that is to pull back incentives, said Brian Murphy, vice-president of research at Canadian Black Book.  “Incentives are a big part of the manufacturers’ budgets. The nice thing about them is they can turn them off and on at will.” For dealers, any slowdown in sales is cause for concern, Karwel said. But profitability remains strong as consumers continue to opt for bigger, more luxurious vehicles. “Every time you talk to dealers about less volume, they’re going to be concerned,” Karwel said. “But the sky isn’t on fire here. People love their SUVs, and the Bank of Canada just said interest rates are not going to change for the rest of the year. That means Canadians are not going to change their purchasing habits.”

The fastest-growing segment of the market is vehicles that sell for $40,000 or more, Karwel said, driven by low-interest rates and longer-term loans that make monthly payments more affordable. “I would be more concerned with consumers walking in paying cash, because that is a growing trend this year, and it inhibits dealer profit potential from arranging the financing,” Karwel said. Dealers can offset some of the impact of lower manufacturers’ incentives by cutting gross margins, taking less profit on each sale in the hope they will make it up in higher volume, Karwel said. In addition, they can try to boost their overall volume of business by offering more used cars for sale. “Yes, we’re in a falling market, but new-vehicle deliveries are still phenomenally high,” said dealer adviser Lewicki. “Many dealers are still making a good buck in this market.”

Pushback dealerships might hear from potential vehicle-lease customers come from individuals who say that using ridesharing services could be more cost-effective rather than taking on a lease contract. Well, the analyst team at Swapalease.com ran the numbers — taking into consideration that costs for ridesharing services are climbing — and recently shared an estimated cost analysis to show what the average transportation costs would look like. All of sudden, leasing a vehicle became much more attractive...

Ford Motor Co. and United Auto Workers leaders stretched across the table Monday for the traditional opening handshake that opens contract negotiations. The divide between the two stretches much wider, however: On one side is an automaker coming off a stretch of record profits, but is trying to cut costs to prepare for an autonomous and electric future. On the other side, the labor union is looking for job security and a piece of the fat profits all three Detroit automakers reported annually since workers ratified the last contract in 2015. UAW President Gary Jones set the tone for negotiations with the Detroit Three automakers Monday at Ford's world headquarters in Dearborn, demanding that laborers get what is due to them. The opening handshakes for General Motors Co. and Fiat Chrysler Automobiles take place Tuesday.

The senior economist of the National Automobile Dealers Association sees a continued “shift” in demand from new cars to used on the horizon, according to a Q&A analysis of the second quarter released by NADA earlier this month. One of the drivers for this movement to used vehicles is the pricing difference between new and pre-owned, which continues to grow, even as used cars become more expensive at franchised dealerships. In the analysis, NADA senior economist Patrick Manzi, who was citing the latest NADA Average Dealership Financial Profile Series, said that used vehicles sold for an average price of $20,979 at franchised dealerships in April.

The Curtiss Zeus Radial V8 is a minimalist $75,000 electric motorcycle The Zeus is a prime example of how the future can thoughtfully reference the past

The future of motorcycling might or might not be completely electric, but even if it is, we don’t have to abandon the look or feel of machines of the past -- nor do we have to mindlessly copy them. The 2020 Curtiss Zeus Radial V8 gives us a glimpse of another approach: a bike that is wholly, even radically, modern, yet still shockingly fresh. Designed by Jordan Cornille, it’s the first offering from Leeds, Alabama’s Curtiss Motorcycles, a high-end cycle-builder founded by Matt Chambers. If these names, and the overall look and feel of the girder-forked bike, seem somehow familiar, that’s because the Curtiss Motorcycle Company is a sort of reincarnation of Confederate Motors (which, confusingly, lives on as an unaffiliated company called Confederate Motorcycles). Confederate, founded by Chambers in 1991, was known for its exotic, handcrafted, and fabulously expensive motorcycles. The company’s extreme designs -- think classic American V-twin-meets-Pagani Zonda cockpit -- pushed internal-combustion motorcycles as far in that particular stylistic direction as they could possibly go.

The Zeus takes another route entirely. It’s as minimal as the Confederate bikes were baroque, yet certain elements -- like those front forks or the arching backbone that defines the machine’s profile 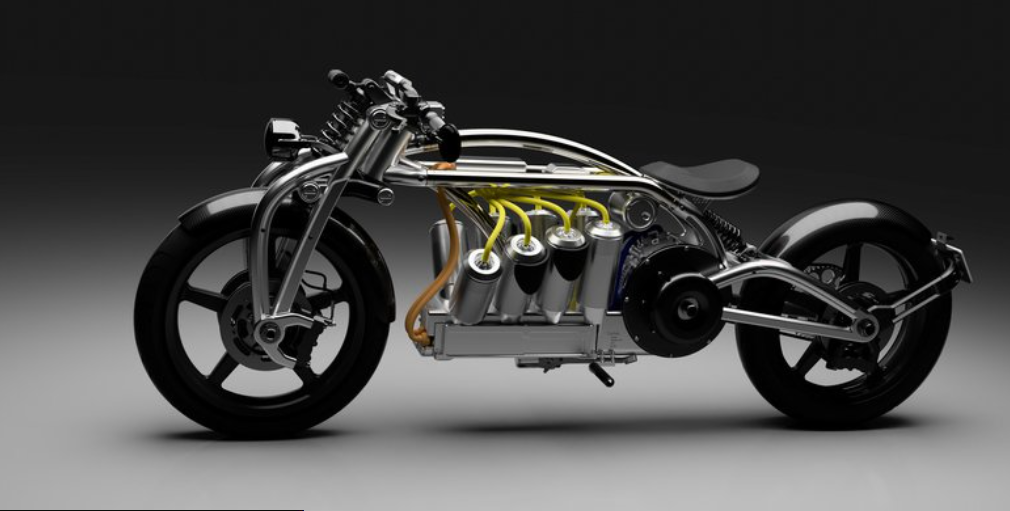 -- tie the two companies together. Early Zeus drawings and prototypes actually looked much more like the old Confederates; this new iteration takes things in a decidedly less Dieselpunk direction.

And then there’s the most distinctive feature: The eight cylindrical batteries arranged in a modified V formation. It’s hardly as blatant as Triumph wrapping fuel injection system throttle bodies in castings deliberately designed to mimic old carburetors, but it’s a clear nod to the internal combustion-powered past. Even on a bike as radical as this high-dollar, hand-built Curtiss, we can’t seem to get away from certain form factors and design elements -- even though, as this design demonstrates, new technology allows us to play with familiar cues in unexpected ways. “With the battery cells packaged inside eight cylindrical towers configured in a flaring radial ‘V’ pattern, we’re not only able to tap into Glenn’s iconic V8 form language, but we’re also able to achieve maximum battery cooling efficiency,” says designer Cornille. Something tells us aesthetics were the primary consideration, but maybe there is a benefit to dividing a battery pack into modules and letting airflow around each one individually. The "Glenn" Cornille is referencing is company namesake Glenn Curtiss, American inventor, and daredevil. Curtiss came of age during the 19th century’s bicycle craze, while led naturally into motorcycles; one notable stunt of his was a January 1907 top speed run, which saw him hit 136.36 mph on Florida’s Ormond Beach. Curtiss was piloting a V8-powered motorcycle that he designed -- a spindly bike clearly referenced by this new machine.