GM and Google Team Up

GM and GOOGLE TEAM UP

General Motors and Google are teaming up to install the tech giant’s voice assistant and apps, including Google Maps, into GM vehicles beginning in 2021. The partnership, announced Thursday, marks a significant milestone for both the automotive and tech industries as the sectors continue to converge in attempt to better integrate into cars to appease consumers who’ve grown accustomed to using technology in their homes and on their phones.

In an embarrassing twist in an ongoing corruption scandal, Nissan CEO Hiroto Saikawa has acknowledged he was overpaid to the tune of tens of millions of yen. The payments were the result of an equity remuneration scheme run by Nissan that, said Saikawa, was “created under the leadership of (Carlos) Ghosn.”

In a new twist, Christina Murray, an American lawyer promoted to vice president of internal audit and compliance in April, was spearheading a companywide probe into misconduct following the arrest of former Chairman Carlos Ghosn last November on charges of financial wrongdoing.

Nissan’s chairman of the board said CEO Hiroto Saikawa will step down Sept. 16 and that Nissan COO Yasuhiro Yamauchi will serve as acting chief executive while the company seeks a full-time boss. The chairman, Yasushi Kimura, said the company hopes to make a decision on his successor by the end of October.

During a very fallow product period that came before Volvo’s introduction of its XC90 crossover SUV, questions about the brand’s survival were everywhere. After all, in an industry as hotly competitive as the global auto industry, it is difficult to go a single year without any new products, lot less five or 10. But somehow Volvo managed to survive that dreary portion of its history, a multi-year period in which it leveraged the relative financial security of its then-new Chinese ownership to assemble a platform and product plan that was heavy in crossover SUVs. And that product plan has led to growth that is outpacing the U.S. market year-to-date.

Despite a decline in new vehicle sales, average dealership earnings slightly rose for the first time in four years, which drove an increase in blue sky value.

Blue sky value is inversely correlated with interest rates. The recent decline in the Federal Funds Rate could foreshadow a future rise in blue sky values.

AutoCanada Inc., in a filing to the Ontario Superior Court of Justice, denied former CEO Patrick Priestner’s assertion that the company’s $250-million lawsuit against him was issued in “bad faith.” “AutoCanada has at all times acted in good faith toward Priestner both before and after his departure from AutoCanada,” the company’s Sept. 5 response reads. “AutoCanada had no choice but to commence this litigation after Priestner refused, without any lawful justification, to right the wrongs he has committed against the Company described in the Claim and herein.”

In its September 5 filing, AutoCanada replied to Priestner’s April statement of defense, in which Priestner alleged the lawsuit was an attempt by the company to acquire dealerships he owns at “below market value.” AutoCanada in February sued Priestner, the company’s founder, saying that when he acquired dealerships through private companies while he was with AutoCanada, he was acting against the company’s interests.

A spokesman for Priestner did not immediately respond to Automotive News Canada’s request for comment. AutoCanada Executive Chairman Paul Antony declined to comment.

Priestner, the CEO of Canada One Auto Group Ltd., and his attorneys said in April that he acted within AutoCanada’s interests and denied that he misled the company. His defense statement pointed to a 2011 policy change that allowed senior management to privately purchase dealerships AutoCanada was barred from buying or those it chose to not acquire.

AutoCanada said in February the policy was implemented in part because Priestner allegedly said private acquisitions would benefit the company, as it would receive an option to purchase those stores if an automaker allowed public ownership of their stores. Priestner denied such an agreement existed, though AutoCanada again alleged that the policy change was due in large part to what Priestner told its board.

“AutoCanada denies the Defendants’ suggestion that Priestner was a passive participant in these changes,” the September filing reads. “To the contrary, these changes were accepted by the Board and implemented by the Company based on Priestner’s representations as alleged in the Claim, including his representations that major OEMs did not and would not permit public company ownership and that AutoCanada would benefit from permitting Priestner to acquire dealerships privately as alleged in the Claim.” AutoCanada said in its response that Priestner’s defense statement did not mention that his ownership stake in the company through Canada One “fell dramatically” in 2013 and 2014, when the company said Canada One sold more than six million common shares in AutoCanada for gross proceeds of about $288 million. Canada One went from owning 45.9 percent of AutoCanada shares following the company’s initial public offering in 2006 to less than 10 percent in July 2014, AutoCanada said.

Mercedes-Benz and Porsche are showcasing curvaceous, high-end electric sports cars at the Frankfurt auto show as part of an industry effort to counter Tesla, avert billions in European pollution fines and defuse complaints from climate activists. Germany’s premium automakers are now marketing electric cars as their flagship models, a strategy which Daimler, Volkswagen and BMW hope will lure customers away from gas-guzzling SUVs that could soon land them with hefty fines under new EU emissions rules.

The abrupt resignation Monday of Nissan CEO Hiroto Saikawa, after an internal investigation uncovered falsified documents that boosted his compensation, marks a dramatic shift in an ongoing scandal that broke open last November with the arrest of then-Chairman Carlos Ghosn. Suddenly, Saikawa — who ordered the investigation into his former mentor — finds himself in the spotlight and standing accused of pocketing excess pay, too. It also compounds the woes facing a company that appears to have done little in the past to monitor or rein in its top executives. And the lack of oversight comes to light at a time when Nissan’s sales and earnings have taken a sharp tumble, forcing substantial cuts in production capacity and the elimination of thousands of jobs worldwide.

RENAULT, FCA TALKS ARE "IN THE PAST" - RENAULT CEO

Fiat Chrysler’s merger offer for Renault, which was withdrawn in June, was “in the past” and the two parties have not resumed discussions, the French carmaker’s CEO Thierry Bollore said on Tuesday. “We are not talking to each other, this is the past, the offer was on the table, it’s no longer on the table,” Bollore said at the Frankfurt auto show, adding it was a matter of regret. “I am sure they regret as well this common module family,” he added, referring to a car manufacturing platform. 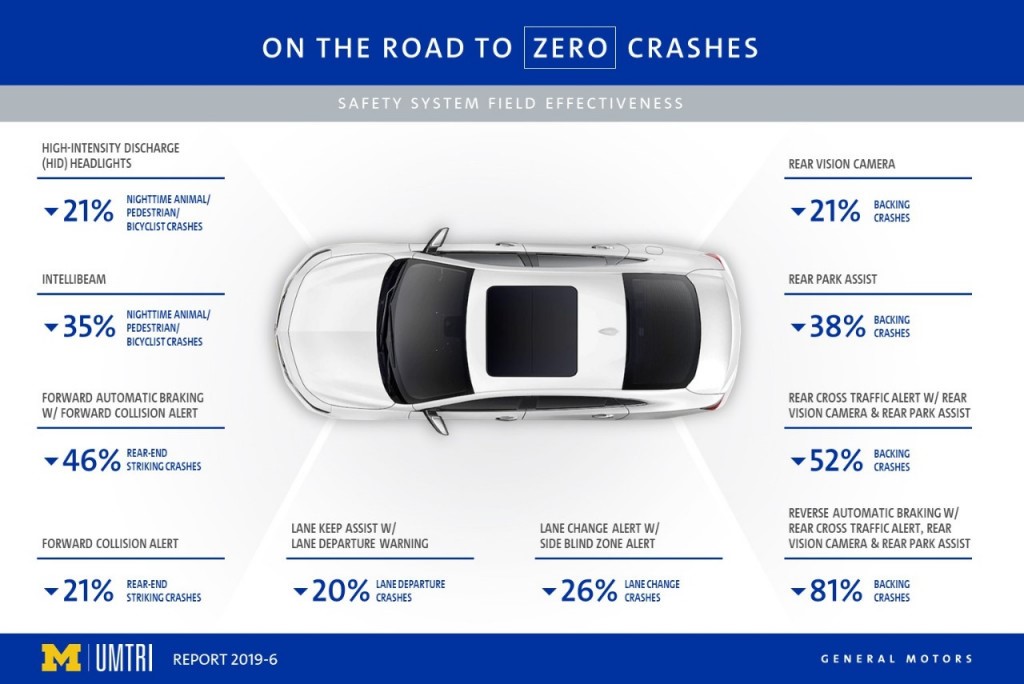 Those automated safety features may just be worth it after all.

A study released by GM on Monday found that safety technology such as automatic emergency braking reduced rear-end collisions by 46 percent and reverse automatic braking reduced back-out crashes by 81 percent. “We can make substantial gains in safety through deployment of advanced driver assistance systems such as forward and rear emergency braking, rear cross-traffic alert, and others,” Carol Flannagan, research associate professor at the University of Michigan Transportation Research Institute, said in a statement. “In addition, we found that the more automated the system, the greater the benefits.”  The benefits are reduced traffic fatalities and vehicle damage due to the implementation of a broad suite of safety technology, which are commonly called advanced driver assistance systems (ADAS). General Motors partnered with the UMTRI to conduct a widespread study on the effectiveness of those systems in the real world by comparing police-reported crash data across 10 states. GM provided VIN access for 3.8 million vehicles from model years 2013 through 2017 to distinguish which vehicles had ADAS and which didn’t in the extensive crash data.

Vehicles equipped with automatic emergency braking had nearly half as many rear-end crashes as those vehicles without the equipment. Since the technology is relatively new, studies like the UMTRI's have attempted to gauge the real-world effectiveness of the systems.

“Although systems may be tested in analysis, in simulation, on test tracks, and on public roads prior to production release, crash data remain fundamental for understanding achieved safety benefits in the field,” Flannagan said in the report.

Active lane control with lane-departure warnings reduced lane-changing-related crashes by 20 percent, but just the lane change alert and blind-spot monitors reduced crashes by 26 percent.
The most significant decrease in crashes was while going in reverse, which makes sense if you’ve ever watched parallel parking by braille in cities. When equipped with automatic braking in reverse, as well as rear cross-traffic alert and rearview camera, the number of fender-benders was reduced 81 percent. This reduction also applies to more serious types of rear crashes, such as backing out of a driveway and hitting a pedestrian on a sidewalk.

GM says these technologies are critical to “a world with zero crashes, zero emissions, and zero congestion,” no matter how much the technology annoys drivers.

Even though GM has been at the forefront of safety technology with telematics such as OnStar, the General has trailed competitors such as Toyota, Honda, Nissan and others in offering some ADAS as standard across the model line. In Chevy models, Driver Confidence packages with ADAS can range from $495 to $2,165.  Even though the study was specific to GM vehicles, the non-profit IIHS found similar results in a study published in June 2019. Automatic emergency braking reducing front-to-rear crashes by 50 percent, and rear automatic braking with parking sensors and rearview camera reducing crashes by 78 percent.

The IIHS also found that those vehicles equipped with advanced driver assistance systems cost more to repair in the event of a crash than those that do not have it. Sensors and other components are located in crash damage zones such as bumpers, so after a crash, you won’t just have to replace the inexpensive bumper but also the sensors housed within the bumper. Vehicles with forward collision warning without automatic braking, for instance, had a $104 increase in the average claim payment compared to vehicles without it.

That’s a small price to pay to avoid a crash.

Ford Motor Co. says fear of high gas prices no longer motivates buyers to seek out low-emission vehicles, so it’s leveraging the reputations of its two most renowned models to spark interest in upcoming electric vehicles across its lineup. So Ford is hoping the sex appeal of an electric model invoking the performance of the Mustang muscle car and a battery-powered F-150 pickup will trickle down to other models, much as large-displacement engines once were the source of bragging rights.