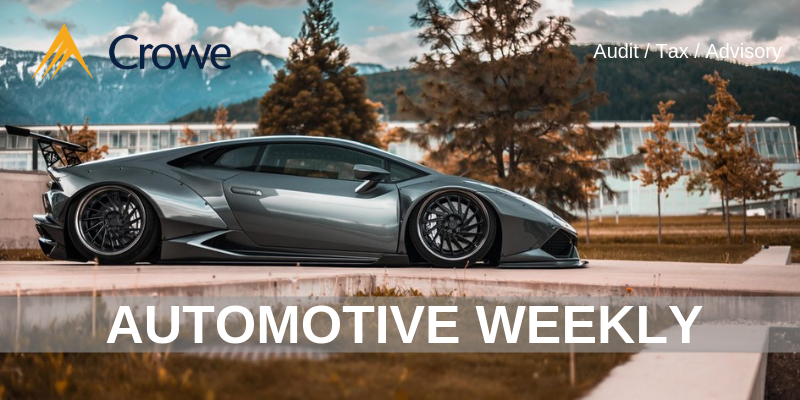 General Motors is considering a page out of Amazon's playbook, with a plan to stock electric vehicles at regional hubs to ensure quick delivery to nearby dealerships. Starting late this year, Chevrolet could test centralized inventory lots for some 2022 Bolts, with area dealers sharing a nearby pool of Bolts to pull from as needed. Dealers would be able to receive the Bolts in a matter of days, as opposed to weeks if they were shipped from the factory.

Ford Cutting Shifts, Partially Building F-150 Pickups and Edge SUVs Due to Chip Shortage
Ford Motor on Thursday said the global shortage of semiconductor chips and winter storms impacting the availability of other parts in the U.S. are causing it to cancel shifts at two plants and build F-150 pickups and Edge SUVs without certain parts. The automaker plans to complete building the F-150 and Edge models in “a number of weeks” when the parts, including some electronic components with semiconductors, are available. The number of vehicles impacted is expected to be “in the thousands,” according to a Ford spokeswoman. She declined to be more specific due to the volatility of the chip shortage.

Nissan Motor Co. is curtailing production at North American assembly plants as a result of the microchip shortage roiling the auto industry. In Smyrna, Tenn., production of the Murano crossover will be suspended through Monday. Meanwhile, weekend overtime to build the Rogue crossover, Maxima sedan and Leaf electric hatchback has been canceled. Nissan will idle the Altima sedan line at the Canton, Miss., factory through Monday and cancel weekend overtime on the NV commercial van line. A Nissan spokesman said output of two pickups – the Titan and Frontier – will not be affected. Source: Automotive News 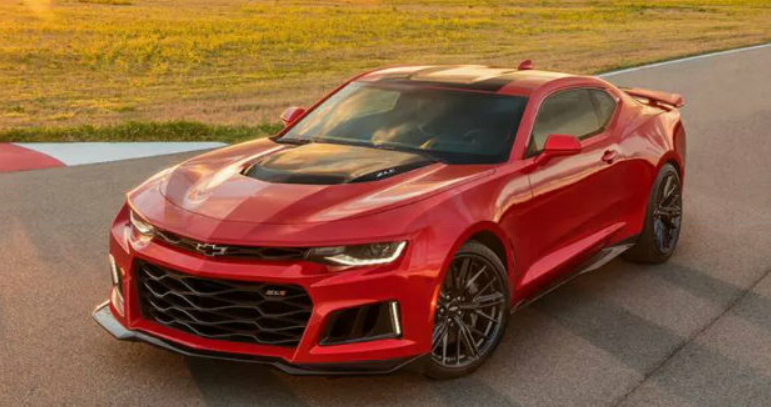 Money can't buy happiness and now it can't buy a Camaro either.

General Motors has halted production of the Chevrolet Camaro as the global shortage of semiconductors continues to affect the production of everything from Playstation 5's to rice cookers. Automakers have been fighting with consumer electronics and medical equipment manufacturers for semiconductors as industries struggle to restart following the pandemic.

As a result, GM decided to close their Lansing Grand River assembly plant which has lowered GMs overall March output by 5,100 units. Previously the company temporarily closed plants in Kansas, Canada and Mexico and reduced production in South Korea.

In North America, overall vehicle output has fallen by 334,000 but that figure could increase to 500,000 before the semiconductor shortage eases in the second half of 2021. Ford has claimed they expect production output to fall by approximately 20 percent this year.

The Camaro is not the only car to have fallen victim to the shortage with assembly lines producing the Cadillac CT4-V and CT5-V Blackwings also grinding to a halt. These were identified as low-volume models and resources have been channeled into more popular models in their pickup and SUV lines, including their best-selling Silverado.

Ford has also had trouble keeping up with demand, stating that vehicle production has decreased by around 20 percent. Stellantis has reduced production of the Chrysler Pacific in their Canadian plant, and Toyota, Hyundai, and Kia have been forced to dip into their stockpiles to keep up with global supply.

Last month GM announced they expected to take a $1.5 billion - $2 billion hit as a result of the semiconductor shortage. GM has refused to comment on the rumor that they will offer customers the option of carburetors and analog radios in future Camaros, an attempt to keep up with demand.

Japan’s government and businesses are racing to bring a fire-damaged automotive chip plant back online, underscoring how important the component has become in a supply chain already under strain because of booming demand for semiconductors. The Ministry of Economy, Trade and Industry is mobilizing to help Renesas Electronics Corp., one of the top providers of chips used in car electronics, procure equipment after a fire broke out at one of its plants Friday.

Honda to Extend Production Suspension at Some North American Plants

The future of the auto industry in America will be largely determined by a parade of new electric trucks — at least four from Detroit incumbents facing off against at least six from Tesla Inc. and other upstarts. The newcomers will be building pickups for the first time, but they also will be building truck factories for the first time, which is arguably a more difficult task. Not only have Ford Motor Co., General Motors, and Stellantis NV refined the blocking and tackling of building and tooling a factory, they have scads of them sitting empty or ticking away at reduced capacity.

General Motors is considering a page out of Amazon's playbook, with a plan to stock electric vehicles at regional hubs to ensure quick delivery to nearby dealerships. Starting late this year, Chevrolet could test centralized inventory lots for some 2022 Bolts, with area dealers sharing a nearby pool of Bolts to pull from as needed. Dealers would be able to receive the Bolts in a matter of days, as opposed to weeks if they were shipped from the factory.

Could the Biden Administration set a date for the retirement of internal combustion passenger vehicles?

Although that’s an unlikely move, as the new administration grapples with how to restore tighter standards for gas mileage and emissions, two senators are reportedly rooting for that deadline. In a letter from seen by Reuters, Senators Alex Padilla and Dianne Feinstein urged President Biden to restore California’s authority to set its clean car standards—a move it hasn’t yet made—and “to follow California’s lead and set a date by which all new cars and passenger trucks sold be zero-emission vehicles.”

Reuters further cites the Senators as arguing in the letter that the agreements that were voluntarily reached between companies and California last year should be seen as the new baseline. The compromise deals were struck between California’s Air Resources Board and Ford, Honda, BMW, Volkswagen, and Volvo. The standards in those deals fall between those set by the Trump administration and those that had already been established by the Obama administration.

In September 2019, the Trump EPA revoked California’s Clean Air Act waiver, which allowed it to set its own greenhouse-gas standards. As of yet, that waiver hasn’t yet been restored, but the Biden administration has asked the EPA and the NHTSA to act by April.

A January executive order from Biden accelerated the conversion of public vehicle fleets to all-electric vehicles and signaled that it will raise the domestic-content thresholds for government purchases. Not all federal affiliates are on board yet, however. In February, the USPS confirmed a 10-year, $6 billion contract that would result in just 10% of the new-generation delivery trucks being all-electric. That’s already spurred Congress to consider legislation mandating EVs.

A September 2020 executive order by California Governor Gavin Newsom effectively calls for the ban of new gasoline vehicles by 2035, and directs state leaders to come up with a plan, including near-term actions that put the state on a path toward that target.

Working toward a particular phase-out date for gasoline, versus ever-tighter gasoline emissions and efficiency numbers, could dramatically change the conversation. Is this the best way for the new administration to embrace the shift?

High demand for dealership acquisitions is likely to continue in 2021, according to firms that broker buy-sells. “We are well on pace to exceed our record activity in 2020 of the sale of 37 dealership franchises including the largest strategic transaction from a price perspective in history,” says George Karolis, president of the Presidio Group. Karolis is referring to last year’s $735 million acquisition by Asbury Automotive Group of most of the Dallas-based Park Place Dealerships, representing additional annual revenue of about $1.7 billion. In 2021, Karolis and his competitors expect keen demand for dealerships to continue, led by publicly traded new-vehicle dealership groups such as Asbury and Lithia Motors, which have announced huge acquisition targets in the next few years.

Auto executives and dealers entered 2021 hoping to restock dealerships depleted by pandemic-related factory shutdowns last spring. Instead, parts shortages and other factors disrupting production have extended the inventory crunch, and auto retailers said it could be months before relief comes. The lack of new cars stands as a barrier to what could be a strong bounceback year for the industry. Analysts said pent-up demand, continued low interest rates and a new round of stimulus checks going to consumers should help lift showroom traffic in the coming months as the industry’s spring selling season gets under way.

Code unlocks all of the power

Dodge's muscle cars are some of the fastest vehicles on the road today, but don't plan on making a quick getaway in one ... if you're a car thief.

The automaker is rolling out a new two-factor authentication system for its 6.4-liter and supercharged 6.2-liter V8-powered Challenger and Charger models that will only allow them to run at idle until the driver inputs a four-digit code into the uConnect infotainment system screen.

The idea is to foil the growing number of thefts that are being accomplished by spoofing remote keyfobs with intercept devices that steal their codes, or when owners simply leave them in or near their cars. 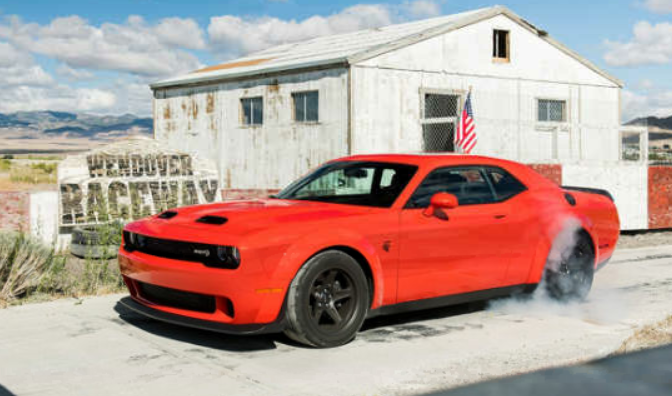 The high-power Challengers and Chargers are common targets for thieves. A few have even been stolen straight from the factory parking lot.

The cars can still be started and driven without the second-level security entered, but the 675 rpm restriction limits them to 2.8 hp and 22 lb-ft of torque, which is slightly less than the 485-807 hp and 475-707 lb-ft the engines are capable of. It's essentially an extreme version of the existing performance-restricting Valet Mode. Models with automatic transmissions can be shifted into Drive, but will remain in first gear, while manual transmission cars add a third level of security in their own way.

Another obstacle for thieves: hills, or even slight grades. Dodge said the cars can pretty much only be driven on flat ground in this mode.

WOMEN HOLD MAJORITY OF SEATS ON GM'S EXPANDED BOARD OF DIRECTORS

General Motors Co on Thursday said it is expanding its board of directors to 13 persons, with women holding seven of the seats. GM named two new directors, Meg Whitman and Mark Tatum. Whitman, 64, is a longtime tech executive and former Republican candidate for governor of California. Most recently, she was chief executive of media startup Quibi. Before that, she was CEO of Hewlett Packard Enterprise and Hewlett-Packard Co, and earlier was president and CEO of eBay.