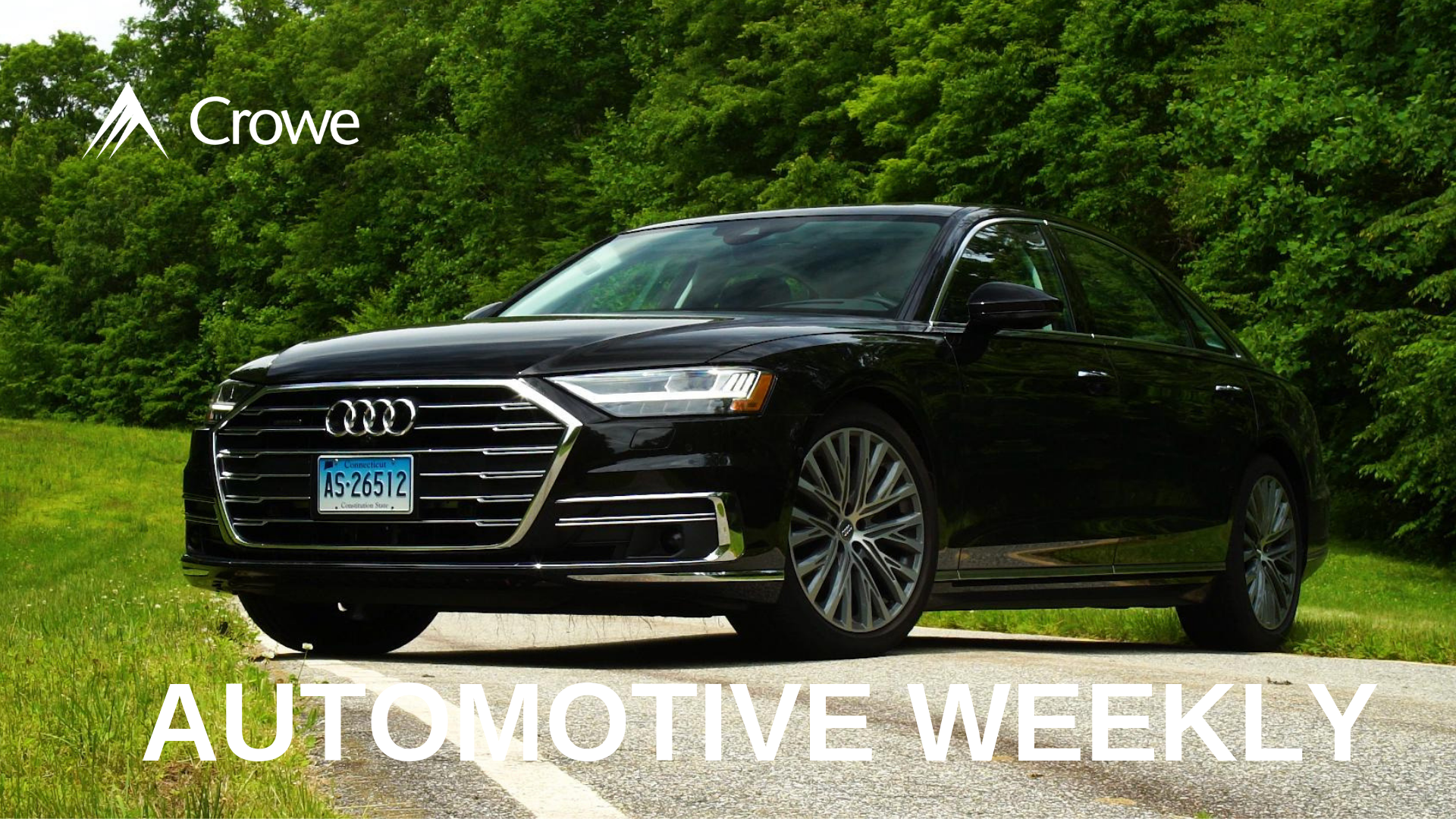 Electric Cars Are Shifting The Center Of The Auto Universe

This is a serious problem, but no one is taking it seriously

The transition towards electric mobility poses many questions that remain unanswered, and there are several collateral issues that no one is taking seriously. For the umpteenth time, here we are, once again, with the chairman of a large car group - VW in this instance - warning that “we may have to cut 30,000 jobs. And that’s in Germany alone.” VW currently employs over 600,000 people worldwide. According to German magazine Handelsblatt, the shareholders, board members, institutions, and the unions were “caught by surprise”. This, apparently, is because they had not been warned in advance about this, and, I’m afraid, because they’re apparently living on the Moon. Because that’s like saying “I wasn’t told water would freeze if I put it in the freezer”.

Electric vehicles require fewer components and different service intervals. Furthermore, assembling an electric car takes less time and fewer workers. Automakers know this. It‘s a serious problem, but no one is taking it seriously. One of the main issues, in my humble opinion, is that automakers have played nice for too long, failing to comprehensively explain the consequences of the ”EVs at all costs” policies that legislators have been putting in place.  In recent times, Akio Toyoda (Toyota), Carlos Tavares (Stellantis), and now Diess have all said - in various forms - that the electric transition will cause real-world issues, especially if we move too quickly and with no planning, and that the “full lifecycle analysis“ is what truly matters, [when it comes to carbon footprint] - “not just the tailpipe emissions.” But it’s too little and probably too late.

Technological progress always kills some jobs and creates new ones - we all know that - but this transition is being legislated, it isn‘t happening organically. I know many people dislike EVs because they like V8s but this is a lot more complex than that. What is the end goal here? We all sort of assumed that using batteries instead of petrol was a means to an end. But it feels like institutions have got it into their heads that the ICE must go - at all costs - and it’ll have to be replaced by BEVs, and nothing else. At all costs. You and I can’t do much about it, those of us who live in areas where petrol cаrs are banned will simply have to comply. On the other hand, manufacturers can do something about it, and if they think there are better, more sensible and less disruptive solutions to lower our carbon footprint without causing massive social and industrial problems in the process - and they clearly do - they should speak to their governments, not just to shareholders to share bad news that was welcomed with raised eyebrows and outrage, instead of a simple, much more appropriate “duh.”

Porsche’s electric Taycan has outsold the 911 combustion-era flagship for the first time, underscoring the German sports-car maker’s accelerating shift toward battery power. The Taycan sedan, competing with Tesla Inc.’s Model S, edged past its stablemate by a few hundred cars in the year through September with 28,640 vehicles sold, Porsche said Friday. Overall deliveries climbed 13% during the first nine months in a sign of resilience as the protracted shortage of forces many manufacturers to temporarily halt output.

New-vehicle inventories in the U.S. have fallen below the 1 million-vehicle threshold and stand at their lowest point since at least 1985, according to estimates from industry data giant Cox Automotive and analysis firm LMC Automotive. Cox puts its most recent estimate of available inventory in the U.S. at 915,089, or about a 30-day supply, using the sales rate from the previous month. According to LMC Automotive analyst Bill Rinna, that would be the lowest new-vehicle inventory level in decades.

TOYOTA, STELLANTIS TO BUILD EV-BATTERY FACTORIES IN THE U.S.

Toyota Motor Corp. and Jeep parent Stellantis NV said separately Monday they would build battery factories in the U.S., the latest in a string of big-ticket investments by auto makers looking to sell more electric cars. Stricter fuel-efficiency targets set by the Biden administration, combined with broader efforts around the globe, are pushing car companies to spend tens of billions of dollars collectively on new factories for EVs and the batteries to power them. Toyota said it planned to spend $3.4 billion through 2030 to build electric-car batteries in the U.S. Previously it said it would spend roughly $9 billion building battery factories around the world as part of a $13.5 billion battery plan that includes research, but it hadn’t specified how much would be spent in the U.S.

GM FINANCIAL PREPARES FOR NEXT CHAPTER

As General Motors evolves its vehicle portfolio and adds new business lines, its captive is ready to help. GM Financial has given the automaker a boost during much of the pandemic and throughout the global microchip shortage by running promotions at the onset of the COVID-19 crisis, consistently paying dividends to GM and carefully planning remarketing strategies. The role of the 11-year-old captive will continue to expand in the next few years as GM launches its latest digital retail platform, powered by Tekion, and as the automaker elevates new business models, such as BrightDrop, its commercial electric van business, and Cruise, its majority-owned self-driving subsidiary.

Global nickel demand could outstrip supply within the next few years, potentially limiting EV battery supplies, according to a new report from the Norwegian consultancy Rystad Energy.

With automakers ramping up EV production, demand for nickel to be used in batteries is expected to accelerate much more quickly than other industries, which are also seeing some growth in nickel demand, according to the report. The surge in demand for home goods comes to mind, for instance.

The result could be supply headaches and higher battery costs for automakers. That could push automakers and mining companies to look at "previously unattractive" deposits of nickel, the mining of which could present greater environmental or social issues, the report cautioned.

Tesla's 2020 Battery Day presentation was focused somewhat on breaking out the chemistries that needed nickel versus the ones that didn't. That included potentially using more LFP cells, beyond their current use in the Model 3 for China. In addition, BYD has said that it is going nickel-free with its batteries.

This isn't the first time analysts have warned of a nickel shortage impacting EV battery production. In 2019, a potential shortage of nickel, and a price spike, might have started to affect battery supply. That same year, Bloomberg New Energy Finance projected that demand for nickel will multiply 16 times by 2030, with half of that expected to go into batteries.

Audi is extending production stops due to a lack of semiconductor supplies, with most of the assembly lines at its factories in Ingolstadt and Neckarsulm in Germany at a standstill this week. The short-time work plan, which was originally scheduled to end last Friday, has been extended, an Audi spokeswoman told Automotive News Europe sister publication Automobilwoche. In Ingolstadt, the assembly line for the Q2 crossover and A3 compact car will be at a complete standstill next week. There was no production on the line last week.

Volkswagen has produced just 300,000 cars at its main Wolfsburg plant so far this year, a company source with knowledge of the matter said, the lowest figure since 1958 and far behind its average output before the pandemic. The plant, which makes cars from the Golf, Tiguan, and Seat brands among others, produced an average of 780,000 vehicles per year in the past decade and the company said in 2018 it aimed to boost this figure to a million.

EV batteries to be produced “Closer” to home

As supply chains remain in distress across the globe, automakers are spending billions to move production of battery cells to their home countries to meet what’s expected to be rapidly growing demand for electric vehicles over the next decade. Automakers from Detroit to Japan plan to simplify supply chains to lower costs, ease logistics and avoid massive disruptions. A global shortage of semiconductor chips has highlighted the industry’s reliance on overseas manufacturers for the parts.

GMC back on Track

GMC is on track to hit record sales of its Sierra heavy-duty and light-duty pickups this year despite continued thin inventory amid a global shortage of semiconductor chips. The scarcity of chips, which are used in a variety of vehicle parts, has crippled auto industry production. But General Motors has managed to keep its truck plants running, for the most part, throughout the crisis.

ELECTRIC CARS ARE SHIFTING THE CENTER OF THE AUTO UNIVERSE

One of the biggest economic development arms races in decades is beginning to take shape. A flurry of multi-billion dollar investment decisions from major automakers has combined with growth in consumer sales to make 2021 feel like the inflection point for electric vehicle adoption. And while automakers and governments are setting targets for EV’s future market share — as much as 50% of all new vehicles sold in the U.S. in 2030 — where all of these vehicles will be produced remains an open question. For states in the Southeast and Southwest, it’s an opportunity to wrest control of the automobile industry from its historical home in the Midwest.