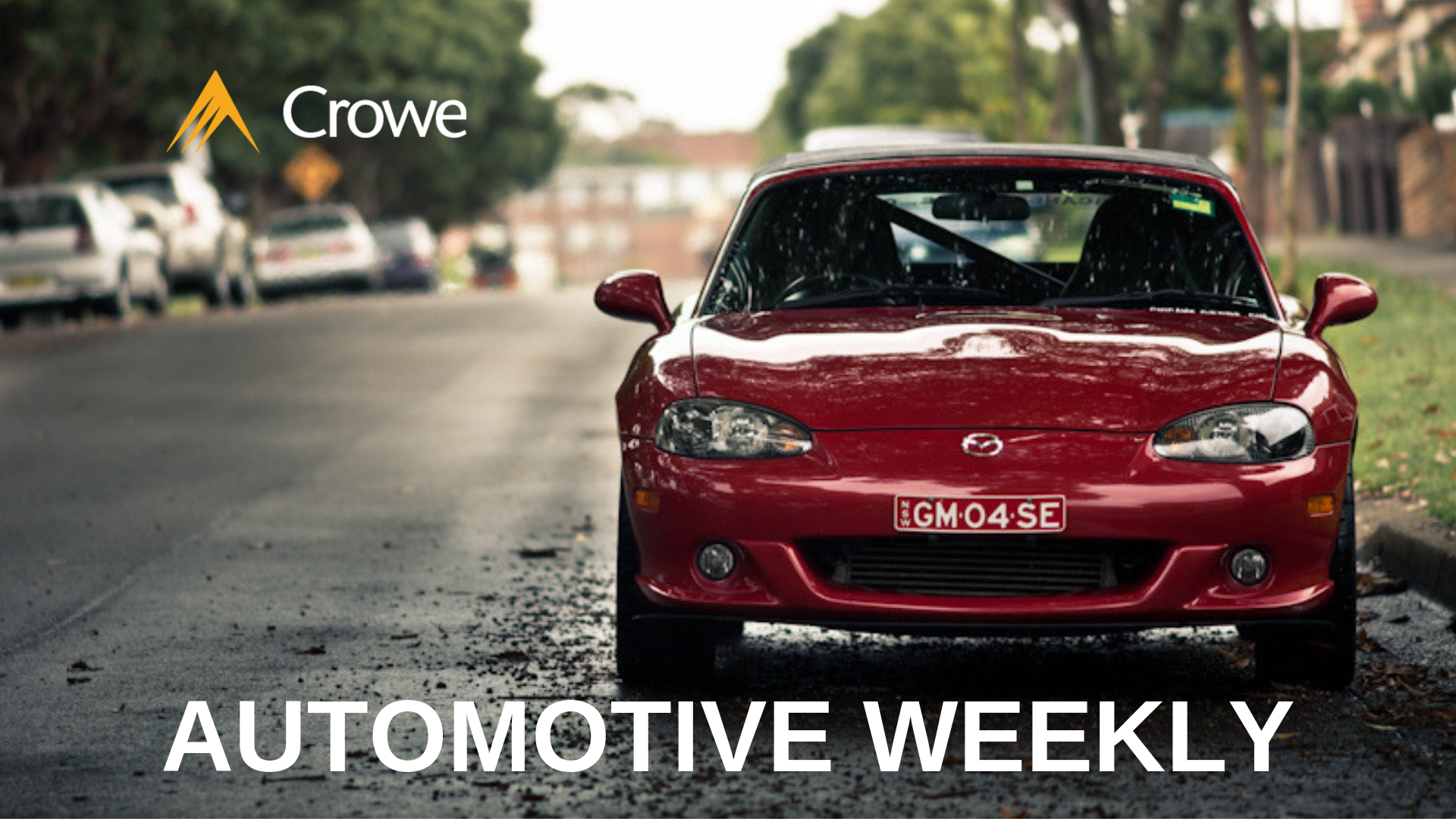 Dealers Take Note: Autonomous Vehicles Are Coming for You

DESPITE HIGH HOPES, SELF-DRIVING CARS ARE ‘WAY IN THE FUTURE’

A year ago, Detroit and Silicon Valley had visions of putting thousands of self-driving taxis on the road in 2019, ushering in an age of driverless cars. Most of those cars have yet to arrive—and it is likely to be years before they do. Several carmakers and technology companies have concluded that making autonomous vehicles is going to be harder, slower, and costlier than they thought. In the most recent sign of the scramble to regroup, Ford and Volkswagen said Friday that they were teaming up to tackle the self-driving challenge.

A CORVETTE 'BRAND' MAY BE THE NEXT 'VETTE NEWS, COMPLETE WITH AN SUV

General Motors intends to leverage the 2020 Chevrolet Corvette for an even greater profit than a midengine Stingray might generate on its own. The corporation is planning a new Corvette brand that will eventually include a sedan and an SUV or crossover, according to GM insiders. It will also create its second Corvette-based Cadillac sports car.  Executives at the C8 reveal in Tustin, California, including GM president Mark Reuss and Jim Campbell, vice-president of performance vehicles and motorsports, wouldn’t address either plan. But the executives did not explicitly deny them, either. "I can't say anything one way or the other," said Campbell.

"Probably not going to see that," said Reuss.

We’ll see. The concept of a Corvette brand isn’t a novel idea, and in today’s hyper-competitive auto industry, it might not even be surprising. In the last decade or so, Toyota launched a line of several Prius models from its original Prius Hybrid. Dodge created its Ram Truck brand from the former Dodge Ram pickup, and Hyundai is building its upscale Genesis luxury brand from a name it introduced in North America with its Hyundai Genesis coupe and sedan. Ford is said to be developing a Mustang-badged crossover.

About 62 years into its uninterrupted run, the Corvette remains one of Chevy’s most valuable properties and one of its most admired models around the world. It’s no fluke that the C8 will be the first Corvette built at the factory with right-hand drive.

A ‘Vette-based Cadillac wouldn’t be a first, either. The Cadillac XLR was built on the C6 chassis at the Corvette factory in Bowling Green, Kentucky. It was powered by Cadillac’s overhead-cam Northstar V8 and introduced a host of new technologies to the Cadillac line, including radar-guided adaptive cruise control. We’d expect a C8-based Cadillac to get the turbocharged, OHC Blackwing V8 introduced in the CT6-V sedan. In its existing state, the 4.2-liter Blackwing (550 hp, 627 lb-ft) beats the LT2 small-block in the base C8 Stingray (495 hp, 470 lb-ft).

Both the Corvette brand and the Cadillac C8 are still in the planning stages, according to the sources -- and could still easily be axed if the stuff hits the fan big during the next industry downturn. Nonetheless, you might be able to choose your next ‘Vette-based sports car with overhead cams and turbos, and by 2023, you could be able to take your kids to soccer practice in a Corvette SUV.

South Korea’s Hyundai Motor Co laid out its U.S. sales turnaround plan on Monday with an expanded line-up of sport-utility vehicles (SUV), after posting its biggest quarterly profit jump in seven years. The automaker forecast its U.S. market share to begin rising again from this year, targeting a year-end share of 4.2% versus 3.9% last year, with sales of its upgraded Palisade SUV starting from the second half. It aims for a U.S. share of 5.2% by 2023.

Toyota towed a 300,000-pound space shuttle with a Tundra, and Elon Musk said his Tesla pickup will be able to tow 300,000 pounds. Ford Motor Co. says it's upped the ante by towing 1.25-million pounds with a prototype of its fully electric F-150. The pickup won't be on sale for at least a few years, and the production models won't likely tow a million pounds, according to F-150 chief engineer Linda Zhang. But Ford wanted to show off what it could be capable of as it readies to electrify one of its most storied nameplates.

DEALERS TAKE NOTE: AUTONOMOUS VEHICLES ARE COMING FOR YOU

Sidewalk Labs’ long-awaiting master plan for a proposed high-tech neighbourhood in Toronto included a notable admission from the company: Self-driving cars might make traffic congestion in cities a whole lot worse. As Automotive News reported last week the Google affiliate’s proposed solution could have a massive impact on the viability of dealerships in urban areas.

It’s a risk many others have pointed out. But it’s notable coming from Sidewalk, which sees autonomous vehicles as crucial to its long-term goal of transforming urban design to be more sustainable and pedestrian-friendly. “If self-driving vehicles are individually owned and free to roam the streets without a driver, then car ownership — and congestion — might soar,” the Sidewalk plan reads. “But if self-driving vehicles are integrated into the urban environment and public transit network with thoughtful policies that encourage fleets of shared trips and people first street designs, they can become part of a next-generation mobility system.”

That echoes concerns raised in a report this year by the University of California, Santa Cruz Professor Adam Millard Ball. The study, released in the journal Transport Policy, found that autonomous vehicles, when not in use by a rider, would in many cases choose to slowly cruise around streets to “kill time.” Driving, in many cases, would be a more economically viable option than parking, given high parking prices in urban centers.

How bad could things get? Using a traffic-simulation model, Millard-Ball found that traffic in downtown San Francisco could crawl to as low as two mph (3.2 km/h) with the addition of just 2,000 or so self-driving vehicles. Millard-Ball suggests cities enact congestion pricing — essentially, a fee for vehicles to enter a city’s centre — as a potential solution, one already applied in some cities. London, for instance, has a fee of £11.50 (Cdn $19.27) for vehicles to enter the core of the city during peak hours on weekdays.

Sidewalk, meanwhile, suggests cities, including Toronto invest heavily in their transit systems to discourage the use of private vehicles and make it easier for residents to use ride-hailing services, electric scooters, bikes and other forms of transportation. The end goal, then, is to reduce vehicle ownership rates in cities. From an urban development perspective as well as an environmental one, that makes sense. Reducing congestion would make cities more livable and reduce greenhouse-gas emissions. But for dealers who rely on new-vehicle sales in urban areas, that could spell trouble. Fewer people owning vehicles means fewer customers. While, as Sidewalk noted, personal car ownership will never disappear, a shrinking market could spell doom for some dealers.

We don’t profess to have the long-term answer for dealers, but we do know it’s important for them to stay aware of the debates that cities such as Toronto will have over the future of urban development. Even if Sidewalk’s plans fail to get approved, conversations about how to reduce traffic congestion will continue, and they will likely always return to putting fewer vehicles on the roads.

DAIMLER TO CUT COSTS AFTER FIRST QUARTERLY LOSS IN 10 YEARS

Daimler AG, the maker of Mercedes-Benz cars, said Wednesday that it would step up cost-cutting efforts in the second half of the year after reporting the company’s first quarterly loss in a decade. Like other leading German automakers, Daimler is caught between a slowdown in sales and an increase in investment to develop electric and self-driving cars. This was made worse by an array of one-off issues including recalls of vehicles related to faulty Takata airbags, and criminal investigations into the company’s business and emissions systems.

BREAKINGVIEWS - IF ONLY JAMES BOND COULD RESCUE ASTON MARTIN

If only James Bond could come to the rescue of Aston Martin. The British maker of 007’s legendary sports car is struggling. With the future of the automotive industry in flux, once-reliable buyers of trophy assets like Volkswagen or Ford Motor are no longer in the collecting business. Barring the vanity of a flush billionaire, or overeager Chinese player, Aston looks destined to continue skidding out on its own. 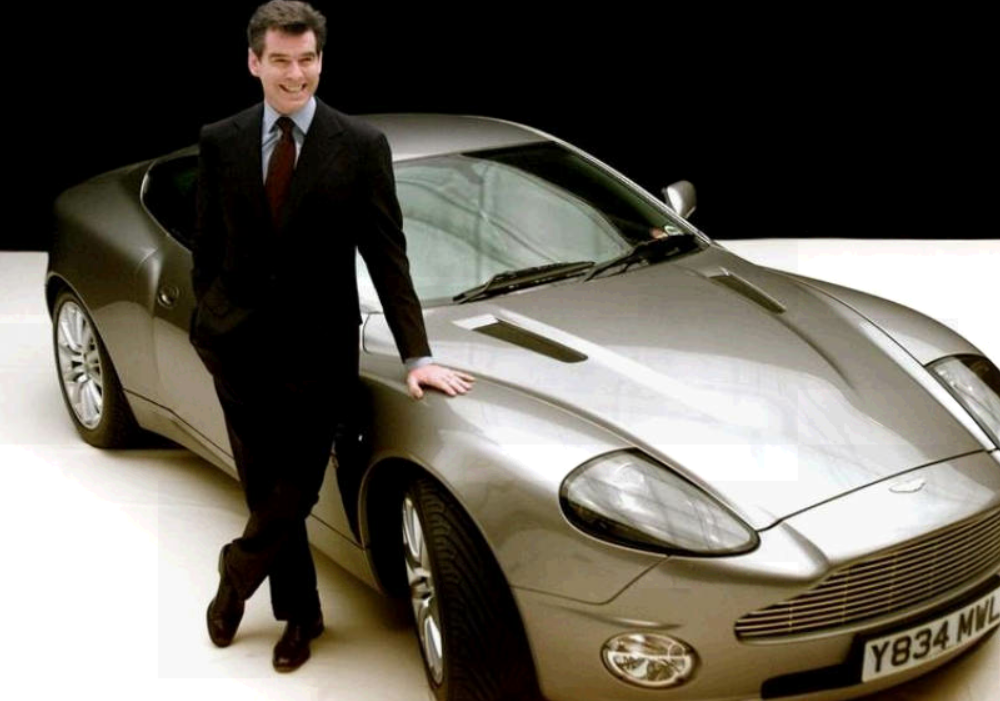 The company, worth $2.2 billion, is spinning its wheels. Boss Andy Palmer cut his goal for cars sold to dealers by some 11% this year, combusting a fifth of Aston’s stock price. He also predicted adjusted EBITDA margins of just 20%, worse than a previously planned 24%. This puts in question the carmaker’s promise when it went public less than a year ago to deliver margins greater than 30%.

The gloomier outlook comes after a litany of disappointing earnings releases, question marks over the group’s accounting practices and a thwarted attempt to award managers an outsized pay package. The shares trade almost 60% below their October initial public offering price. Aston blamed difficult economic conditions in Europe and Britain for its current woes, which somehow its arch-rival Ferrari has managed to sidestep.

Extricating Aston, which is 34% owned by Andrea Bonomi’s turnaround fund Investindustrial, from the current situation won’t be easy. True, bigger carmakers sit on large cash piles. But they’re also facing higher costs from developing new electric and self-driving vehicles, and a potential shift towards transportation as a service that could totally upend their businesses.

Even Daimler, which owns 4% of Aston and makes some of its engines, already owns upmarket brand Mercedes-Benz. The British carmaker is too small to offer significant cost savings to a larger peer, and may just add unwelcome complexity. Even after Wednesday’s slide, a 2 billion pound equity price represents an unusually heavy lift for the odd Chinese or Arab billionaire.

That leaves Aston trying to battle for share against other luxury marques like Ferrari and Lamborghini – and without Bond’s fictional Quartermaster, or Q, to fashion a magic button to get it out of its predicament.

A delay in General Motors Co.'s deployment of its self-driving vehicles is fueling increased skepticism that self-driving cars are not ready to ply America’s roads. GM Cruise LLC, the autonomous-vehicle unit of General Motors Co., confirmed Wednesday it will delay indefinitely its plan to deploy driverless taxis in the streets of San Francisco — explicit acknowledgement that hype generated by tech enthusiasts and investors is outpacing both engineering reality and safety concerns. "The technology is simply not ready yet," said Sam Abuelsamid, principal analyst at Navigant Research who focuses on mobility. "It is not sufficiently safe, reliable and robust to be able to handle all these situations that people are going to encounter in the real world."