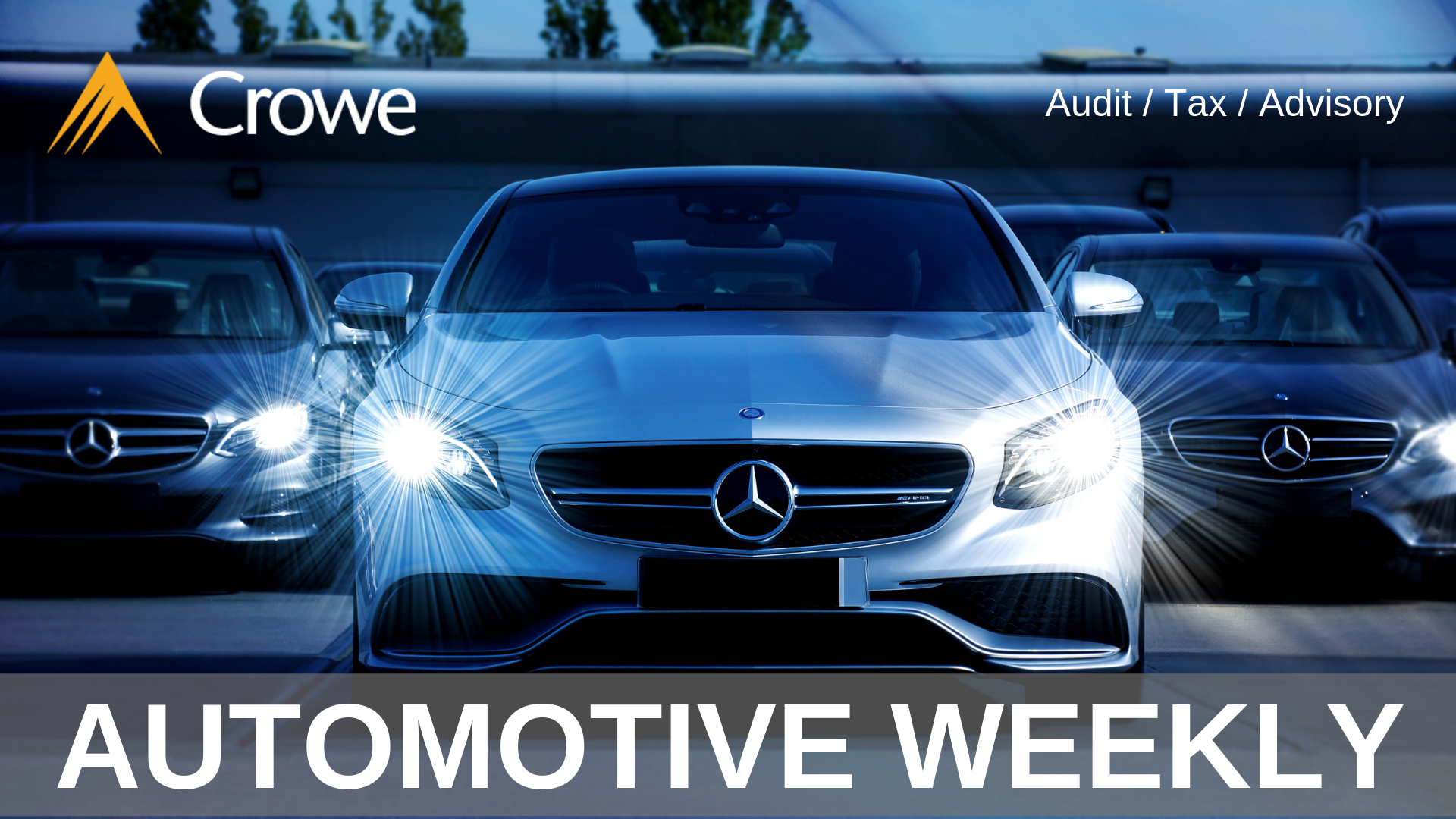 Cars on Hyundai's Electric Platform can Charge 80% in 18 Minutes

General Motors brought some good news in the form of heady claims at the virtual Barclays Global Automotive Conference. GM said it’s upping its investments in EVs and said they'll be more profitable and more powerful as the second-generation Ultium project comes into play. GM is also hiring for its EV teams and plans to break ground on a new plant soon and is accelerating its timeline for all of this.

“Climate change is real, and we want to be part of the solution by putting everyone in an electric vehicle,” said GM Chairman and CEO Mary Barra. “We are transitioning to an all-electric portfolio from a position of strength and we’re focused on growth. We can accelerate our EV plans because we are rapidly building a competitive advantage in batteries, software, vehicle integration, manufacturing and customer experience.”

GM says that by 2025 it will have 30 EVs around the world, two-thirds available in the U.S. The GMC Hummer EV and Cadillac Lyriq programs were both accelerated with the Lyriq coming to market in the first quarter, 2022, nine-months earlier than originally expected. All told, 12 programs have been sped up including the Hummer and Lyriq, three other Cadillacs, four Chevys and three other GMC projects including an EV pickup truck.

The bigger news, or maybe more important, is that GM says its second-generation Ultium vehicles are projected to deliver twice the energy density at half the cost of today’s chemistry. Already the Ultium pack costs almost 40 percent less than the battery pack in the Bolt. Much of this work is happening at GM’s Tech Center in Warren, Michigan, but next year the company breaks ground on a new Battery Innovation Lab and Manufacturing Technology Center to help develop the chemistry. To wit, it’s hiring 3,000 electrical system, infotainment and software and controls engineers, plus developers for Java, Android, iOS and other platforms.

The big question is parity. When will EVs be equal to ICE vehicles in price and/or range? Most importantly price, because as we’ve said before, the average American drives less than 30 miles per day. Even with a 300-mile range, that’s 10 days' driving without charging. With GM’s (and others) advancements, we’re now looking at a matter of years instead of decades.

Last week, General Motors confirmed an upgraded plan for making a million electric vehicles by the middle of the decade, and setting itself up for an even more significant transformation by the end of the decade. The $27 billion plan includes the development of next-generation battery cells and the promise of 30 new fully electric models introduced by the middle of the decade with 20 of those headed to North America. But as executives talked through a presentation deck at the Barclays Automotive Conference, the backdrop and the message served up by a few of the slides was the most intriguing part.

There’s a story GM wanted to tell with these three models, and one of the slides (above) helped. The company now claims to have accelerated the timeline of a handful of the EV entries slated for the next few years by significant amounts. In addition to pulling up the Cadillac Lyriq by nine months to a first-quarter 2022 arrival, it has hastened the Chevy pickup ahead by 11 months and the crossover up by 21 months from the original production timeline. GMC’s second electric pickup was the most surprising; GM claims it has been pulled ahead by 40 months.

The most extreme case may be the 2022 GMC Hummer EV—already shown in sport utility truck form, but also due soon to be detailed in shorter-wheelbase SUV form. GM claims to have cut its development time from the typical 50 months to just 26 months. The Hummer EV was just green-lit for development in spring 2019, and yet it will be delivered in fall 2021. At the vehicle’s official reveal less than a month ago, we were shocked to learn from its chief engineer Al Oppenheiser that the Hummer EV hadn’t been fully developed yet and there was not yet a drivable development vehicle. How is this pace at all possible? In a Q&A session for the media held earlier this week before the presentation, Parks suggested that the Hummer EV might not be an anomaly, and GM is rethinking its normal vehicle-development pace as it applies to EVs.

Parks explained that usually development involves starting with existing powertrains, and various stages of engineering work and prototyping, but because GM has no products out there like them they’re “empty spaces.”

Much of the battery and propulsion work in the Hummer EV was already done before the project existed. “We’d been working on Ultium for a while, because frankly you have to get those cells through a bunch of development phases in the drive units,” Parks said. “And now that we're getting much closer and have some production parts that we're working on as part of the GMC Hummer EV, etc., that’s ready.”

GM then took what it called “a highly empowered team”—in the case of the Hummer EV, one made up of former members of the Corvette team—and told them they didn’t have to jump through some of the normal corporate hoops. “We said, you’re empowered to do what’s right for the vehicle and go fast and make it profitable,” he said. “And we really let the team run.” “Frankly, the Hummer EV team is killing it; this 26 months is real,” Parks added. “We just got some of our first production parts, and while we’ve got our first production build that we’re right on the verge of, we had zero parts made for this unit.” To put it simply, Parks explained that instead of doing one phase and then the next, they did a lot of things in parallel, with less iteration. The Hummer EV team is now on the verge of its first production build, and it had zero parts late for the event. “And so that development process is what we’re now going to be able to apply to many of the other EVs that we’re doing—and again, we’re doing it to be fast and to get the vehicles out there,” he said.

So when will that more work-oriented Chevy pickup and affordable compact SUV shown in the background arrive? We’d place our bets on less than 26 months from now, for sure.

Hyundai Motor Co and Kia Motors’ U.S. units on Friday agreed to a record $210 million civil penalty after U.S. auto safety regulators said they failed to recall 1.6 million vehicles for engine issues in a timely fashion. The U.S. National Highway Traffic Safety Administration (NHTSA) said the two affiliated Korean automakers agreed to consent orders after it said they had inaccurately reported some information to the agency regarding the recalls. Hyundai agreed to a total civil penalty of $140 million, including an upfront payment of $54 million, an obligation to spend $40 million on safety performance measures, and an additional $46 million deferred penalty if it does not meet requirements.

Going into 2021 and despite the pandemic, a greater share of auto dealers expect the value of their franchises to increase in the next 12 months, according to a dealer survey from Kerrigan Advisors. In addition, dealers responding to the survey and dealership brokers in interviews say they expect heavy traffic in buy-sell agreements in the coming year, after a high-volume year in 2020, as well. The survey found 33% of 680 dealer respondents expect the value of their dealerships to increase, up from 26% a year ago.

Volkswagen, the world’s largest vehicle maker by sales, risked a leadership crisis on Tuesday after Chief Executive Herbert Diess forced a vote of confidence in his reform efforts by asking for an early contract extension. The multi-brand car and truck maker is convening its Executive Committee to discuss Diess’s demand for the contract extension, long before his current term comes to an end in 2023, three sources told Reuters on Monday. Volkswagen Chairman Hans Dieter Poetsch is seeking to avert a clash between labour leaders and Diess by postponing discussions about a contract extension, a person familiar with the matter said. Source: Reuters

Since taking the wheel at Nikola Corp. in September, Mark Russell has been adamant the electric-truck startup doesn’t need a deal with General Motors Co. to survive. Now he has to prove it – and fast. On Monday, the two companies unveiled a deal that is, in the eyes of many investors, more akin to a standard supply contract than the strategic partnership Nikola’s founder and ex-Chairman Trevor Milton envisioned when he cut a tentative agreement three months ago – days before resigning from the company under a cloud.

Hyundai Motor Group plans to build 23 electric vehicles on its new EV-dedicated platform, and is aiming to sell 1 million of the cars worldwide by 2025, the South Korean automaker said Wednesday. Hyundai Motor Co. and Kia Motors Corp. EVs made on the platform will be able to charge up to 80% capacity in 18 minutes and add as much as 100 kilometers (62 miles) of driving range in just five. They’ll have a top range of 500 kilometers on a single charge.

It just doesn’t get any easier for someone who needs a personal vehicle to buy one—especially a new one. Kelley Blue Book reports the average transaction price in November was $39,259, down slightly from October but the third highest in history. An unlikely alternative has emerged that’s a lot more affordable but not necessarily as pretty or packed with the latest technology. Automotive sales site Shift called them “value vehicles.” They’re units eight years and older with 80,000 or more miles with a price range of around $10,000, but can cost as little as $4,000, according to Toby Russell, Shift co-CEO.

Tight inventory levels of Ford Motor’s F-150 pickup due to pandemic-related plant shutdowns earlier this year and production starting for a redesigned model led to a 20.9% decrease in the automaker’s sales in November, the company said Wednesday. The Detroit automaker reported sales of the popular full-size pickup were nearly cut in half – down 45.9% – compared with November 2019. Its truck sales overall last month fell 20.9%. That includes a 27.2% decrease in sales of its F-Series pickups, including the F-150 and other larger variants of the vehicle.