Mercedes-Benz successfully defended its crown as the world’s bestselling luxury-car brand, beating out arch-rivals BMW AG and Volkswagen AG’s Audi for the fourth year in a row. The win emerged on Friday when BMW reported sales of its namesake branded vehicles rose 2% to a record 2.17 million cars last year. Daimler AG’s Mercedes-Benz said Thursday its own sales increased 1.3% to 2.34 million vehicles. Audi lagged behind both.

Soaring demand for SUVs drove record sales for premium car makers including BMW and Mercedes last year, leaving the industry on collision course with government efforts to tackle global warming despite big investments in electric vehicles. Automakers across the world are investing billions in electric vehicles to try to meet tougher emissions regulations. But the jury is out on how many drivers will buy them.

Car maker Jaguar Land Rover (JLR) posted a 6% fall in full-year sales on Friday after a challenging year in which its performance was hit by the weakening Chinese autos market and falling demand for diesel vehicles in Europe. Retail sales stood at 557,706 vehicles in 2019, hit by a 13.5% slump in China, but in the last six months the firm reported double-digit growth in the country, with overall company sales up 1.3% in December.

A NEW PRAGMATIC FOCUS ON HELPING DRIVERS, NOT REPLACING THEM

Volkswagen isn't trying to put hundreds of thousands of self-driving Golfs on the road this year. Its ambitions are more realistic: Start deploying automated commercial vehicles for specific uses in limited areas half a decade from now. The plans for VW's new autonomous driving unit, announced last week, reflected a growing sense of pragmatism in the air at this year's CES event here. Gone for now are the promises of fully self-driving robotaxis being commonplace in 2020. Expectations for Level 4 autonomy - still a six-figure-per-vehicle proposition - have been reset. The hottest trend now might be widespread adoption of advanced driver-assist systems that don't let the driver tune out.

Porsche AG shrugged off widespread industry malaise, reporting record deliveries for last year and predicting that its first all-electric model, the Taycan, will generate further growth in 2020. Global deliveries rose 10% to 280,800 cars in 2019, driven mainly by strong consumer appetite for the Macan and Cayenne sport-utility vehicles, Porsche said Monday in a statement.

NISSAN EXAMINES POSSIBILITY OF BREAKING AWAY FROM RENAULT

Nissan Motor Co. executives have examined the possibility of breaking away from Renault SA amid concerns that relations with the longtime French partner have turned dysfunctional after the ouster of former chief Carlos Ghosn, according to a person familiar with the matter. Since last year, Nissan has been exploring the pros and cons of sustaining the alliance, particularly when it comes to engineering and technology sharing.

Renault Chairman Jean-Dominique Senard said on Thursday there was a “real desire” within the top ranks of both companies for its alliance with Nissan to succeed, dismissing suggestions the partnership was on the rocks. Turmoil within the Franco-Japanese alliance, long dogged by internal rivalries, deepened following the November 2018 arrest in Tokyo of its architect and long-time boss Carlos Ghosn on charges of financial crimes, which he denies.

A Nissan Motor Co. alliance with Honda Motor Co. “feels a little wrong” but shouldn’t be out of the question if the embattled automaker ends up severing ties with Renault SA, according to LightStream Research analyst Mio Kato. Such a tie-up could appeal given the threat of Toyota Motor Corp., which has brought many smaller Japanese automakers like Mazda Motor Corp., Suzuki Motor Corp., and Subaru Corp. into its fold, Kato wrote in a note available on SmartKarma.

Canadian Tire will add nearly 300 electric-vehicle chargers at retail locations across the country by the end of 2020, saying that “the popularity of electric vehicles is on the rise.”

The Canadian retail giant is working with FLO, Volkswagen Canada subsidiary Electrify Canada, Natural Resources Canada and Tesla to install a total of 240 fast chargers and 55 Level 2 chargers at 90 Canadian Tire locations.  Using a fast charger, a battery can go from fully depleted to fully charged in about 30 minutes. A Level 2 charger takes between two and 10 hours depending on the make and model of the vehicle. 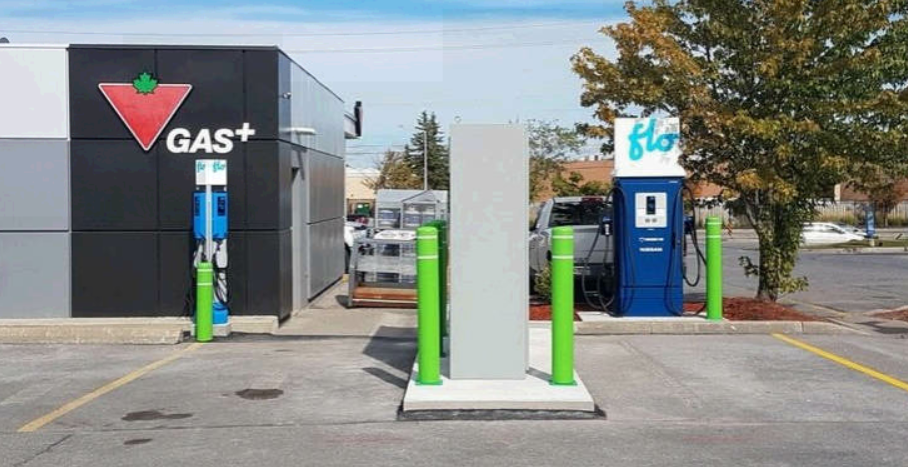 “Automotive is a heritage business for Canadian Tire and we have always evolved to meet the needs of drivers. With our premium real estate assets, we are able to provide convenient locations across the nation to service the growing number of EV vehicles in Canada,” said Andrew Davies, senior vice-president of automotive for Canadian Tire Retail. Once complete, the Canadian Tire EV network will be one of the largest in the country.

None of the companies involved said how much the network will cost or how much they are each spending. However, as part of the announcement Wednesday, the federal government said it is spending $2.7 million to build 54 of those electric-vehicle chargers across central and western Canada in an effort to increase EV sales. This money comes from Natural Resources Canada's Electric Vehicle and Alternative Fuel Infrastructure Deployment Initiative and builds on the nearly $1.3 million it spent in 2016 for AddÉnergie to build 28 fast chargers at Canadian Tire locations. British Columbia is also contributing $275,000 toward the fast chargers through its Clean Energy Vehicle Public Fast Charging Program. “These investments will ensure that people can drive and charge vehicles where they live, work and play across Canada, facilitating increased uptake in the use of EVs,” Natural Resources Canada said in a news release.

The funding is part of the federal government’s $182.5-million investment to develop a coast-to-coast fast-charging network for EVs; establish natural gas stations along key roads and highways and hydrogen stations in metropolitan centres; and to support the development of new technologies.

“The move towards more zero-emission vehicles is an integral part of our transition to a clean energy future,” Minister of Natural Resources Seamus O’Regan said in a statement. “We are giving Canadians cleaner choices on the road by investing in infrastructure from coast-to-coast.”

The Solo features a 100-mile range has the ability to cruise at highway speeds and can charge on a regular household (110-volt) socket in fewer than six hours. It is scheduled to be released in 2020 and expected to retail for less than $20,000. 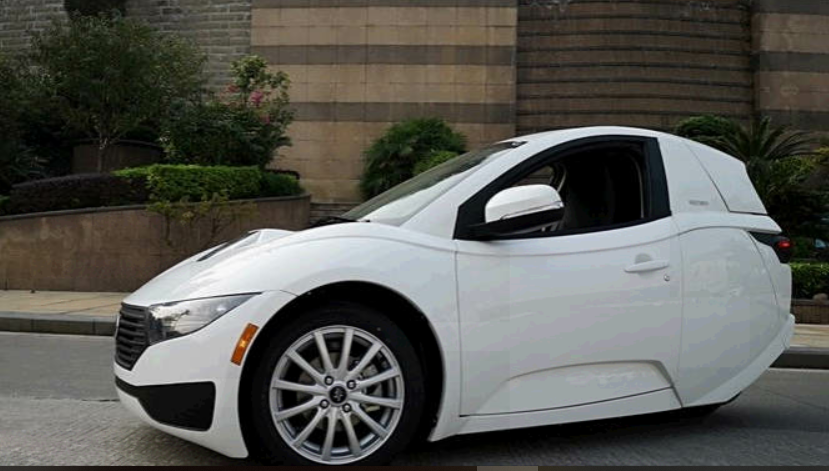 “We will incorporate lessons learned from our initial retail endeavor as we open additional kiosks over the next calendar [year] in more Southern California locations,” CEO Paul Rivera said in the statement. The company plans to add kiosks in the San Francisco area and expand into the neighboring states of Washington, and Oregon. “Ultimately, we believe our strategic launch in the Los Angeles area will be very successful given the area is home to more than four million commuters and a leading location in the U.S. for EV adoption,” Rivera said.

ElectraMeccanica spokesman Sean Mahoney said in an email to Automotive News Canada that the company doesn’t release the number of kiosk orders because “they can be outdated very quickly.” He said the kiosk has drummed up test-drive interest “from hundreds” of people.“I can tell you that the kiosk has been a success and we're looking forward to expanding the kiosk and store-front model into other parts of California and elsewhere up the coast,” he wrote.

Rivera said that “state agencies in both California and Oregon provide our customers with rebates as high as $2,500 per vehicle, whereas a federal tax credit provides up to 10 per cent of the vehicle cost up to $2,500.”

In early 2019, the automaker took delivery of 50 pilot production vehicles from its strategic manufacturing partner in China — Zongshen Industrial Group — and deployed them for on-road validation testing throughout the United States and Canada. The “real world” tests resulted in the company making several changes to the vehicle. Tweaks included switching to a liquid cooled electric drive, modifying the steering geometry and a new seat design and enhanced stereo system. “I firmly believe the steps we have taken as an executive team will position ElectraMeccanica to forever revolutionize the automotive landscape and the future of commuting,” Rivera said.