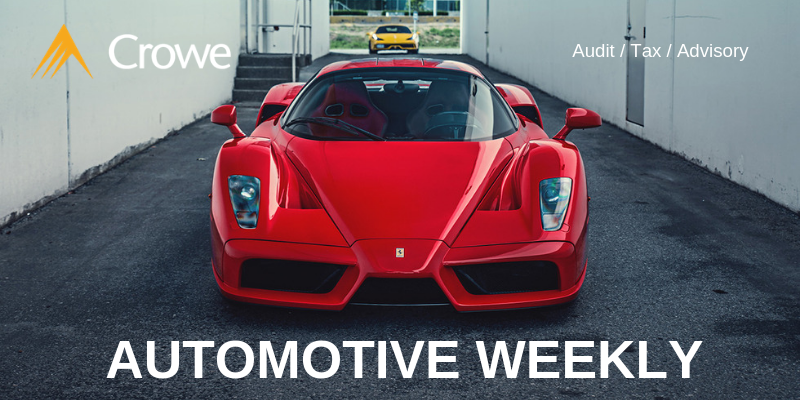 Curbing or curbsiding involves buying and selling vehicles to consumers without a licence. Vehicle dealers in Saskatchewan must be licensed. The FCAA said on at least two occasions it ordered Evason to stop his activities, but the agency said he continued to buy and sell vehicles. An investigation was launched by the FCAA, resulting in charges being laid against Evason. Among the offences alleged by the FCAA were selling vehicles to consumers without a licence, knowingly making misleading statements to consumers in respect to material facts, and making false claims. Evason pleaded guilty in September to 13 offences and was fined more than $17,000, including victim surcharges. He was also ordered to pay nearly $7,000 in restitution to one of his victims.

The FCAA said curbers often pose as private sellers who commonly misrepresent the vehicles they sell and may not disclose the vehicle’s history to a buyer. The purpose of the licensing regime is to provide protection for consumers and outline obligations for industry, the FCAA added.

Whether you intend to buy or lease a new vehicle, choosing a model that will hold onto its value more tenaciously than another can prove to be a real money-saver. That’s because depreciation accounts for nearly 40 percent of all new-vehicle ownership costs. Picking a car, truck, or SUV that’s expected to return a higher resale value means you’ll have a larger down payment to make when it comes time to trade in the vehicle, or more money in your pocket if you intend to sell it outright.

General Motors plans to hire 3,000 new employees largely focused on software development for the research, development and deployment of electric vehicles, the automaker announced Monday. GM said the jobs will be focused on engineering, design and information technology “to increase diversity and inclusion and contribute to GM’s EV and customer experience priorities.” The hiring is expected through the first quarter of 2021. Many of the positions will be remote as GM begins to offer “more remote opportunities than ever before,” the company said.

Nikola Corp. said talks with prospective partner General Motors Co. are ongoing as the electric-truck startup struggles to assure investors that its business model remains viable amid federal regulatory probes. The two companies are discussing a strategic partnership announced in September, which would give GM an 11% stake in Nikola in exchange for providing its battery and hydrogen-fuel cell technology and manufacturing Nikola’s debut pickup truck.

Fiat Chrysler Automobiles NV and French automaker Groupe PSA on Monday shared the logo of Stellantis — the name of the combined entity following closure of their 50-50 merger expected to occur early next year. Stellantis comes from the Latin root "stello," which means "to brighten with stars." Last week, Stellantis received antitrust approval from Brazil. It already has gotten approval from the United States, Japan, and several other jurisdictions. It still awaits the official nod from the European Union, which launched a more in-depth study of Stellantis' share of the commercial van market. The companies maintain the deal should close by the end of the first quarter.

Ford Motor Co said on Tuesday it plans to hire 350 more U.S. workers to expand production capacity for its electric F-150 pickup truck in Michigan and add assembly of electric commercial vans at a plant near Kansas City, Missouri. The company said it also will add a second vehicle at the Mexican factory that is already set to build the Mustang Mach-E electric sport utility vehicle. Ford did not disclose how many people would be hired to build the additional vehicle in Mexico, which would “share a similar electrifed platform” as the Mach-E.

The BMW iNext electric SUV has been teased numerous times, but on Wednesday we finally got the first details of the production version, along with confirmation that the name will be shortened to BMW iX for the SUV's launch in late 2021, likely as a 2022 model.

The iX has retained some of the styling of the original iNext concept car, including a large grille that is likely to prove controversial. It also follows the popular "SUV coupe" styling trend, with a fairly low roofline combined with a high-riding SUV body. So while the iX roughly matches the gasoline X5 in length and width, it's closer to that model's X6 sibling in height, according to BMW. The body structure consists of an aluminum space frame and "Carbon Cage" to save weight, while the shape of the body gives the iX a drag coefficient (Cd) of 0.25—the same as a Tesla Model X.

One electric motor powers each axle, enabling all-wheel drive. Combined output is 500 horsepower, which will get the iX from 0-62 mph in under 5.0 seconds, according to BMW. The automaker said these fifth-generation electric motors were also manufactured sustainably, without using rare earth metals.

A 100-kilowatt-hour battery pack provides 372 miles of range on the European WLTP testing cycle. BMW said that should be equivalent to 300 miles on the United States EPA testing cycle, but also noted that figures hadn't been finalized. The iX is equipped for DC fast charging at up to 200 kilowatts, allowing for a 10% to 80% charge in 40 minutes, or recovery of 75 miles of range in 10 minutes, according to BMW. With the 11-kw onboard charger, Level 2 AC charging should take less than 11 hours, the automaker said.

BMW designed the iX with advanced driver-assist features in mind. It has 20 times the computing power of previous vehicles, the automaker said, and sensors are cleanly integrated with the bodywork. BMW even gave the iX an octagonal steering wheel that, the automaker has said, helps drivers identify which way the steering is pointed when taking over from an automated system. However, details of this driver-assist tech were conspicuously absent from BMW's press release.

As a dedicated electric model, the iX essentially represents the reboot of the BMW "i" sub-brand, which began with the i3 electric car and i8 plug-in hybrid. It's one of several new electric models from BMW.

In 2019, BMW announced that it would launch 12 new electric cars (along with 13 plug-in hybrids) globally by 2025. But the automaker soon pulled ahead those plans, saying a few months later that it would have 25 new "electrified" models on sale by 2023, the majority all-electric.

But BMW then decided not to bring the iX3 electric SUV, made in China, to the U.S. While the gasoline X3 is BMW's bestselling model in the U.S., the iX3's relatively short predicted range, and the fact that it was designed only with rear-wheel drive, led to concerns that it would be a poor fit for this market.

A racer of vintage cars, Jim Farley has spent his first few weeks as Ford Motor Co. ’s chief executive thinking about one of the company’s more utilitarian models: a cargo van. Ford is planning an electric version of the Transit, the top-selling U.S. van, used by plumbers, delivery companies and other businesses. Set to go on sale next year, the vehicle highlights two pillars of Mr. Farley’s growth strategy: extend Ford’s lead in commercial vehicles and add new subscription services that will generate profit after the sale.

Although President Obama threw a lifeline to U.S. automakers after the financial crisis, many in the industry were unhappy that his administration also was responsible for fuel economy rules that pushed carmakers to their limits. But the inauguration of former Vice President Joe Biden, who worked hand in hand with Obama to set the tough regulations, will be a welcome event for the industry. That’s because Biden will bring something that manufacturers from Volkswagen to General Motors to Tesla badly need: help selling electric vehicles. Major automakers and startups alike will collectively spend $230 billion before the end of Biden’s first term to bring dozens of EVs to market, according to Alix Partners.

General Motors Co. is halting production of its Chevrolet Corvette on Thursday and Friday after the Mexico supply chain was impacted by new coronavirus restrictions, according to an alert sent out by the automaker and obtained by The Detroit News. This is the second time in the last month that GM has had to halt production of its mid-engine Corvette for a supply issue.