AutoCanada Says it Will Close Two 'Loss-Generating' Stores in Chicago

Keeping his service departments running like a well-tuned engine has always been important to Bill Wallace, owner of Wallace Automotive Group in Stuart, Fla. But it takes on even more urgency now. New-car margins continue to be narrow, new-car sales are slowing and fierce competition for consumer dollars is putting even more pressure on Wallace and other franchise dealers to wring more profits out of their fixed operations. And it’s happening at a time when there is an industry-wide shortage of auto service technicians. It’s a part of retail automotive that is still profitable for franchise dealers, so it’s crucial that dealers get their share of that business, said Wallace, who sells 14 brands at 11 dealerships.

The U.S. Justice Department has issued civil subpoenas to four major automakers, demanding that they disclose details on a deal struck with California in July to follow strict vehicle emissions standards, a source briefed on the matter said on Thursday. The Justice Department is carrying out an antitrust investigation into the voluntary agreement. It comes against a growing number of fights between the Republican White House and California on a number of fronts, including numerous environmental issues.

While there may be a perception Millennials are uninterested in having a vehicle, a new study proclaims most of them want their own transportation. Given a perceived environmental consciousness and thrifty nature, plus “lots of other options in terms of ride-hailing and public transportation…we went into this thinking there may not be a (positive) response by Millennials in terms of car ownership, and what we found was actually the complete opposite,” Mark Kwilosz, head of the North American Auto Industry practice at business consultancy Duff & Phelps, tells Wards. Duff & Phelps surveyed 2,150 Millennials and found 75% intend to purchase or lease a vehicle within five years.

AUTOCANADA SAYS IT WILL CLOSE TWO 'LOSS-GENERATING' STORES IN CHICAGO

AutoCanada Inc. plans to close two of its dealerships in Chicago this month as part of an effort to turn around its flailing American dealership group. The company said on an earnings call Friday that it is closing Chevrolet of Lincoln Park and Cadillac of Lincoln Park, which shared an address in Chicago. AutoCanada executives said the company has lost C$2 million ($1.5 million USD) on the stores in the first nine months of the year. “We just couldn’t get a handle on trying to figure out a way to bring those stores to profitability,” Executive Chairman Paul Antony said today on a call with investors. I think that the volume for these brands in an urban market just, from our perspective, wasn’t conducive to the expense structure that we had. And we had to make a hard decision.”

The stores will close by Nov. 15, Antony said. The move does not impact the adjacent Toyota of Lincoln Park dealership that AutoCanada also owns.

The move comes as AutoCanada looks to make its U.S. operations profitable. The dealership group bought eight U.S. stores and a six-brand auto mall from an Illinois dealership group for C$135 million in 2018, and the dealerships have been a strain on the company’s finances ever since. The dealership group -- which reports all results in Canadian dollars -- said its U.S. stores recorded a $14.8-million loss in the quarter ended Sept. 30, including a $13.4-million restructuring charge related to the closure of the two stores. The U.S. loss more than offset $10.7 million in net income for its Canadian operations, giving the company a net loss of $4.1 million on the quarter. That compares with a $15-million loss in the same quarter of 2018.

AutoCanada earlier this year said it was seeking to sell four other U.S. dealerships as part of the turnaround plan. Today, however, Antony said the company would examine whether it could keep them in its portfolio, crediting Tammy Darvish, AutoCanada’s head of U.S. operations, with boosting the stores’ performances. “She’s actually turning them around and it’s making us have to really reconsider actually selling them, which we will do over the course of the next quarter,” Antony said. “So, I would say that we don’t plan on shutting any more store down in the United States, and frankly, we’re feeling much better about the assets that we have there.”

Antony said AutoCanada expects its U.S. operations to be profitable in 2020.

Antony said the decline in U.S. sales was intentional. He said U.S. dealerships are no longer selling vehicles for a loss in order to boost volumes. “We consciously took a step back and said we’re going to have to sell less cars and we’re going to have to increase our gross profit,” he said. “But we’re going to have to re-teach everyone in the U.S. how we want the business to go forward. It’s not acceptable for us to sell cars at a loss anymore just to get volume.” AutoCanada said it sold Calgary Hyundai in July for $2 million. The company, which as recently as 2018 used acquisitions as a means for growth, did not buy any new stores in the third quarter.

AutoCanada will consider acquiring more stores by the middle of 2020 as the company’s finances improve, Antony said. He said the dealership group wants to continue diversifying its brand and geographic mix and said having more Ontario dealerships was an area of focus.

He said AutoCanada would be in a good position to buy stores from family-owned dealerships looking to exit the auto business as the new-vehicle market declines. “By [the second quarter], we think we’re in a good position to start taking advantage of the cyclical nature of the business,” Antony said. Further expansion into the United States was possible in the future, he said, though AutoCanada is “solely focused” on getting its current business there profitable. 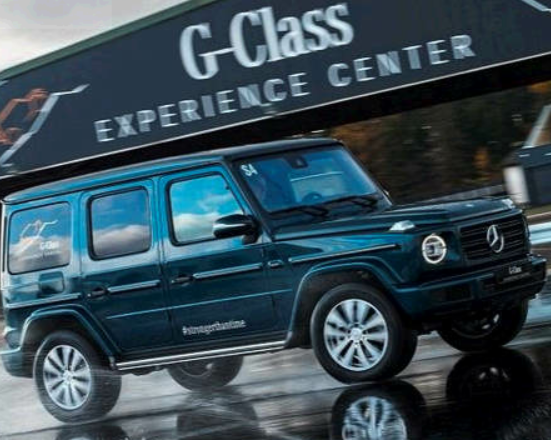 The rugged, boxy-styled G class has changed little since the body-on-frame SUV was introduced in 1979. It is built by contract manufacturer Magna Steyr in Graz, Austria.

The latest G class, which is bigger, lighter and more luxurious than its predecessor, was introduced at the 2018 Detroit auto show. The U.S. is the biggest market for the G class.

The future of the G class has been in doubt a number of times during its life because of its very niche appeal but Kallenius indicated that it has a long future under his leadership.

"In the past there were discussions whether we should eliminate the model, the way I see things now I would say the last Mercedes to be built will be a G class," Kallenius said. Kallenius gave no details of the timing of the electric G class launch, nor any information about the drivetrain.

The electric G class is likely to use the EQ badge that Mercedes uses on battery-powered vehicles such as the EQC compact crossover.

SIT BACK, RELAX AND ENJOY YOUR CAR IN THE DRIVEWAY

Many people use cars for more than transportation. They’ll get in their stationary vehicles to get away from it all. So says Sheryl Connelly, who as Ford’s futurist-in-residence identifies trends and how they might bear on the auto industry. She cites an Ikea poll in which 45% of respondents said they sometimes withdraw to their parked vehicle and just sit.

Hopes to Recreate Success Small Trucks had with Then-Young Boomers

After an unexpectedly long delay, Hyundai has given the go to build a new compact pickup truck, a version of the Santa Cruz concept from the 2015 Detroit Auto Show, at its Montgomery, Alabama assembly plant. If Santa Cruz were built today, it would become the smallest pickup on the market. With it, several Hyundai officials have said, they hope to recreate at least some of the success classic compact trucks, like the 1970s-era Chevrolet Luv, had attracting first-time baby boom buyers.

Tougher emissions rules will hit Daimler’s profits in 2020 and 2021, prompting the German carmaker to seek more than 1 billion euros ($1.1 billion) in savings from cutting staff costs at its Mercedes-Benz business by the end of 2022, it said on Thursday. Management positions will be cut by around 10%, and company said it would also seek more than 300 million euros from cutting personnel costs – plus another 250 million euros in fixed costs – at its trucks business.

After Ford Motor Co. and General Motors ended production of compact cars, many former car owners continued to purchase sedans instead of switching to crossovers and SUVs, according to an Edmunds analysis. So far in 2019, 23 percent of former Chevy Cruze owners and 31 percent of former Ford Focus owners bought a car from a competitor, the online car sales website said in a report Wednesday.