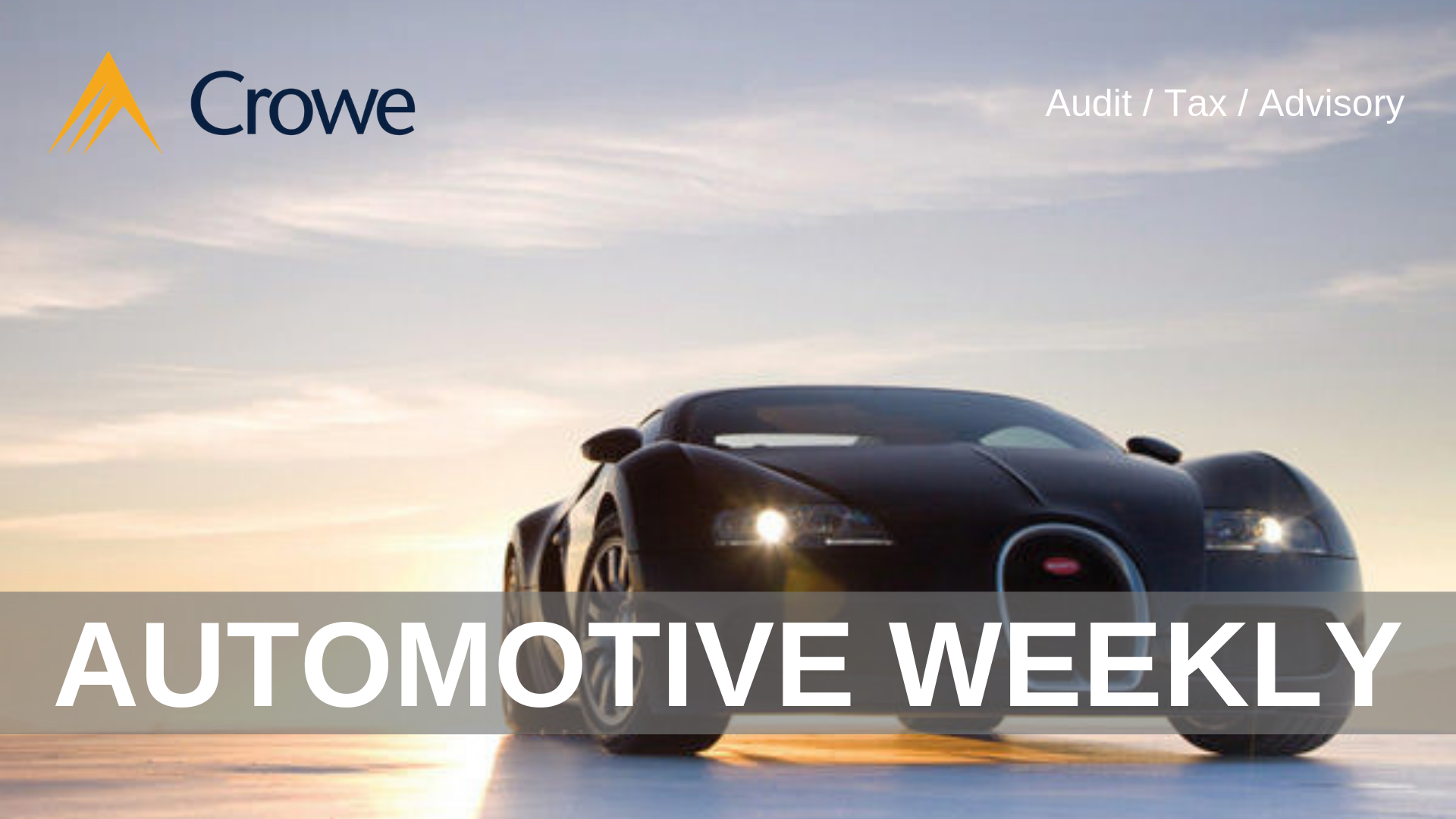 Ford Motor Co said on Thursday it was calling off its automotive joint venture with India's Mahindra and Mahindra Ltd due to the challenges caused by the COVID-19 pandemic. The companies said in separate statements that the decision was driven by changes in the global economy over the last 15 months, causing both to reassess their capital allocation priorities.
“The global economy and business environment are not the same as October last year,” Ford spokesman T.R. Reid said.

The deadline to finalize a joint venture between the companies was Dec. 31, and both made the decision to end the agreement rather than close a deal or extend the timetable to do so, Reid said.

In October 2019, Ford and Mahindra said they would form a joint venture in India in a move to cut costs for developing and producing vehicles for emerging markets. The companies said at the time they expected to launch three new utility vehicles, starting with a midsize SUV, and also jointly develop electric vehicles for emerging markets. Asked if those vehicles were now canceled, Reid said, “At this point, there’s nothing to talk about other than the joint venture isn’t going to happen.” Ford said its independent operations in India will continue.

Pressure to pursue mergers or alliances in the auto industry has grown as the costs of developing electric and self-driving vehicles drives companies to preserve funds for those efforts. France’s PSA and Fiat Chrysler Automobiles NV expect to close their $38 billion merger in the first quarter of 2021.

Ford executives have repeatedly touted a company strategy that includes partnerships, including with Mahindra, as a way to increase efficiencies and reduce costs on its path to achieve 8% global operating profit margins. Reid said that strategy would continue, when asked whether Ford would look to partner with another automaker in southeast Asia.

Mahindra said in its statement that the decision will not have any impact on its product plan, and that it is accelerating efforts to develop electric SUVs.

The 2021 Ford Bronco off-road-focused SUV's arrival is being delayed a few months due to coronavirus-related supplier delays, Ford confirmed to Car and Driver this afternoon. It was originally scheduled for a spring 2021 launch, but now the two- and four-door models won't arrive until the end of the summer, and the Sasquatch version with the manual transmission will be even later. Ford did not disclose which suppliers are experiencing COVID-19-related issues. Orders were originally set to open on December 7 but are now delayed until mid-January.

Demand for higher-priced vehicles from retail buyers at the end of 2020 helped lift U.S. auto sales out of a springtime slump and buffered the impact of a sharp drop in fleet sales to rental-car companies. Automakers likely sold about 15.9 million new vehicles on a seasonally adjusted annualized rate basis in December, down 4.7% from a year ago, according to an average of five market researcher forecasts. Unexpectedly strong retail sales in the third and fourth quarters are likely to have bolstered the market despite an uncertain economic outlook and the lingering pandemic.

General Motors plans to start building two battery-electric crossovers for Honda Motor Co. within four years: a Honda-branded vehicle at a GM plant in Mexico and an Acura-branded vehicle alongside the upcoming Cadillac Lyriq in Tennessee, according to two people familiar with the plans. Production of the Honda crossover is slated to begin in 2023 in Ramos Arizpe, Mexico, where GM builds the gasoline-powered Chevrolet Blazer and Equinox, the sources said. Automotive News reported last year that GM likely would retool Ramos Arizpe Assembly for EV production by 2024, but GM has not confirmed the plans.

US car sales have picked up again – and Americans are back to buying vehicles at their pre-pandemic pace, according to General Motors. As the nation's largest automaker, GM has a pulse on industrywide trends, and the company said overall car sales to US consumers are now back to where they were before auto sales fell sharply in the spring following Covid-fueled job losses and widespread work from home. It's an important milestone for the industry, and a much faster recovery than many experts were forecasting. GM made the announcement Tuesday alongside a release of its own fourth-quarter sales figures.

Fiat Chrysler narrowed its sales losses in the fourth quarter but not enough to avoid what is expected to be one of the worst declines in the auto industry for 2020. The Italian-American automaker’s U.S. sales tumbled 17.4% last year compared with 2019, the company said Tuesday. Sales weren’t quite as bad in the fourth quarter, falling 7.9% compared with the same time in 2019. That’s worse than the rest of the industry, which is expected to report a 15% drop in sales last year due to the coronavirus pandemic once all automakers release their sales results.

U.S. auto sales for Ford Motor fell 15.6% last year due to the coronavirus pandemic, a decline in commercial fleet sales and tight inventories of its F-150 pickup trucks. Sales of the popular full-size pickup tumbled by about 33% in the fourth quarter from the same time last year, the automaker reported Wednesday. The lower sales were attributed to lingering effects from factory shutdowns last spring due to Covid-19 as well as a changeover in production of the facilities to produce the redesigned F-150.

DEALERS FACE CHOICE: INVEST FOR EVS OR GET BENCHED

Dealers mostly recognize that electric vehicles, which still make up less 2% of auto sales annually, are the future for many of the brands they sell. And there's already a push by governments for more electric vehicle sales, so investment is seen as a necessity for the long-term survival of legacy automakers and their sprawling networks of independent dealers. It is important for automakers to price EVs affordably, said Ricart, owner of Ricart Automotive Group in Columbus with Ford, Nissan, Mitsubishi, Hyundai and Kia dealerships. Incentives to buy "will be critical" for selling EVs, he added.

Shareholders in Peugeot owner PSA gave the green light on Monday to the French company’s merger with Fiat Chrysler (FCA), one of the last steps towards creating the world’s fourth largest automaker. At a special shareholder meeting, the deal to form the new company called Stellantis was first backed by top investors with double voting rights, including the Peugeot family, China’s Dongfeng and the French state, via Bpifrance.

Foxconn—the Taiwanese firm best known for contract manufacturing Apple electronics—is helping to prop up Chinese EV startup Byton. The two companies have signed a "strategic cooperation framework" with the aim of finally getting the Byton M-Byte electric crossover into production by 2022, Byton said Monday in a press release. Under the agreement, Foxconn will provide manufacturing expertise, as well as "solid operational management experience" and "industrial resources" to aid in the production launch of the M-Byte. Foxconn will also invest around $200 million in the project, according to a Bloomberg report. M-Byte crossovers will still be built at Byton's Nanjing, China, factory. Byton began ramping up pre-production there in early 2020, but ran out of money as the coronavirus pandemic hit China. Hence the need for the Foxconn partnership, as well as a delay to 2022 from the originally-planned United States launch date of late 2021.

In anticipation of that original launch timeline, Byton established a U.S. corporate presence in 2019, and announced a charging partnership with Electrify America. The M-Byte itself was first shown in concept form at the 2018 Consumer Electronics Show. Instead of emphasizing performance or range (maximum range was previously quoted as 240 miles on the European WLTP testing cycle), Byton chose to focus on infotainment tech, installing a 48-inch curved dashboard display screen, with a smaller screen in the steering wheel.

For its part, Foxconn has been eager to enter the car business. Last year, the company announced its own platform for EVs, as well as solid-state battery tech under development. Foxconn and Fiat Chrysler Automobiles (FCA) also entered a partnership nearly a year ago, although it related primarily to battery and connectivity tech.

Meanwhile, Foxconn's most famous client is also rumored to be developing a car, or related tech, at least. "Apple Car" gossip was reignited last month with a report that the company was targeting a 2024 launch of a complete vehicle—using next-generation battery tech.

The pandemic has pushed auto manufacturers and dealers to rethink how customers shop, affirming the importance of virtual platforms like General Motors Co.'s new Chevy MyWay live vehicle tour. The platform, launched Wednesday in test mode, gives customers one-on-one access to live tours of the Chevrolet lineup with product specialists. It also can create a virtual auto show experience. Chevy expects to ramp up the platform's capabilities in the coming months to give customers access to product in the comfort of home. But that doesn't mean the dealer isn't a part of the process. Nor does it mean Chevy is backing down on in-person auto shows and debuts, longstanding rites in the industry waylaid over the past year by the global coronavirus.

Tesla and other electric vehicle makers stand to benefit handsomely if California passes Governor Newsom’s proposed $4.5 billion 2021 budget for economic stimulus in the state. The 2021 proposal, which Newsom previewed on Tuesday, includes $1.5 billion earmarked to help people and businesses purchase electric or hydrogen vehicles and equipment, and to invest in construction and maintenance of charging and fueling infrastructure, which would be needed to support expanded use of these vehicles in the state.