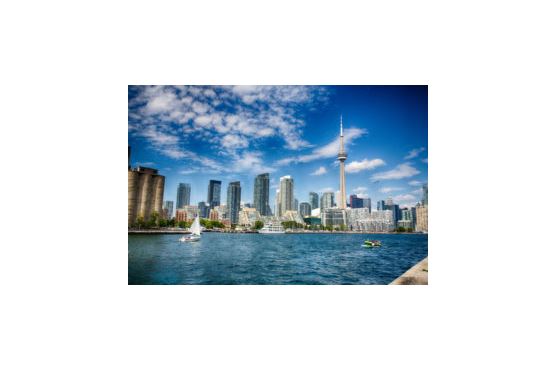 On April 27, 2017, Finance Minister Charles Sousa tabled his fifth budget. The Budget does not include any changes to Ontario’s personal or corporate income tax rates. The following is a summary of tax related highlights:

This Budget does not propose any changes to personal income tax rates; the top marginal rates are as follows:

A new refundable Ontario Seniors’ Public Transit Tax Credit is being introduced effective for July 1, 2017. The credit will be 15 per cent of eligible expenditures, which have yet to be defined.

Paralleling the federal government changes, there will be a new Ontario Caregiver Tax Credit which replaces the provincial caregiver and infirm dependant tax credits with the following features:

Mirroring the federal budget changes yet to be approved, Ontario proposes to extend the application of the medical expense tax credit for fertility-related expenses to those who require medical intervention to conceive a child, even when the treatment is not on account of medical infertility.

As previously announced, the new Ontario Student Assistance Program (OSAP) will start this fall and replace many existing programs with a single up-front grant, increased weekly aid limits and be annually indexed to inflation. There will also be reduced expectation of contributions from parents and spouses of the student. Savings from Registered Education Savings Plans will not reduce OSAP assistance.

Students will not have to start repaying the provincial portion of their OSAP loan until they earn a salary of $35,000 per annum, rather than $25,000.

The Budget proposes no changes to corporate income tax rates, which are as follows for 2017:

Ontario Taxation Act, 2007 will be amended to directly list excluded productions for this tax credit. Talk shows will remain ineligible for these credits.

Ontario will undertake a review to ensure that structures are not used to multiply the Employer Health Tax (EHT) relief that is intended for employers with an Ontario payroll of less than $450,000 per annum. As part of the process, the EHT exemption is eliminated for employers that are designated members of a partnership, as defined in the Income Tax Act. To provide an opportunity for feedback and consultation, the change will be effective no earlier than January 1, 2018.

In addition, Ontario will work closely with the federal government to review tax planning strategies involving private corporations. These include:

Ontario will grant municipalities the authority to levy a tax on transient accommodation by amending the City of Toronto Act, 2006 and the Municipal Act, 2001.

Pursuant to reviews of legislation on small-scale agri-food business on farms, railway rights-of-way and the Provincial Land Tax, the Budget proposes certain changes to these measures including:

On April 20, 2017, the Province proposed a new 15 per cent tax on the price of homes in the Greater Golden Horseshoe (GGH) purchased by individuals who are not citizens or permanent residents of Canada or by foreign corporations. This 15% tax will be applicable to purchase and sale agreements signed on or after 21 April 2017 and will be levied on the value of the consideration for the property. This tax is an additional tax over and above the general tax levied under the Land Transfer Tax Act.

Ontario is introducing a legislative framework that would provide municipalities with flexibility to reduce property tax rates for eligible small-scale value-added and commercial activities on farms. Currently, these operations are taxed at industrial or commercial rates. Under the proposed changes, a portion of the assessment attributable to the value-added processing or commercial activity would be eligible to be taxed by the municipality at a reduced rate.

This measure is intended to provide sustainable property tax treatment to farmers who diversify their operations by engaging in small-scale processing or retail activities as a direct extension of their farming business.

Enhancements to the Canada Pension Plan

Legislation to implement the enhancement to the Canada Pension Plan (CPP) came into effect in March 2017. To allow businesses to adapt, increases to CPP contributions will be phased in over seven years, beginning January 1, 2019.

The Budget indicates that the government is continuing to work with the Canada Revenue Agency to address the underground economy, and legislative and administrative reviews to promote greater effectiveness and efficiency of the tax system.