Proactive Tax Planning: Top Trends in the Year Ahead

New tax regulations resulting from the Tax Cuts and Jobs Act of 2017 (TCJA) have been in effect for a full tax year now. With the IRS still implementing and finalizing many of the law’s nuances, healthcare organizations need to be extra careful with tax planning to make sure they are taking advantage of new opportunities resulting from the law while managing any risks.

Following are some noteworthy tax areas for healthcare organizations to be aware of as they conduct tax planning in the year ahead. As always, organizational leadership should work closely with their tax specialists to keep informed of the latest tax changes and opportunities most relevant to their organizations’ unique needs.

One of the biggest tax reform changes affecting corporations is the reduction of the income tax bracket from a 35 percent flat rate to 21 percent. This change has had some businesses questioning whether to change status, such as converting from an S corporation or partnership to a C corporation. With an S-corp, the business doesn’t pay income tax but, rather, passes its share of income on to its owners, who might be in a tax bracket higher than 21 percent. In this case, it might be advantageous for some businesses to convert to a C-corp. Organizational leadership should consult with their tax specialists about the advantages and disadvantages involved with changing the entity’s tax status.

The new tax law includes several changes to meal and entertainment deductions. Perhaps the most dramatic is that the new law denies deductions for all entertainment expenses, effective for amounts incurred after Dec. 31, 2017. This includes tickets to sporting or other events. Formerly, these expenses were subject to a 50 percent limitation. Meals with clients and prospects are still 50 percent deductible; however, food and beverages provided to clients and prospects at an entertainment activity, such as a sporting event, can be deducted only if these expenses are stated separately and business discussions are conducted during the meal or entertainment activity.

Section 199A and pass-through entity provisions

Section 199A of the TCJA is a new 20 percent deduction for pass-through businesses, such as qualifying S corporations and partnerships, on income earned through a qualified trade or business operated directly or through the pass-through entity. For example, if an individual receives $100 of qualifying business income from a pass-through entity, it may be eligible for a deduction of $20. This new deduction is effective for tax years beginning after Dec. 31, 2017, and before Jan. 1, 2026.

While some businesses specifically are excluded from this new deduction – including most healthcare entities – it is worth noting that any jointly filed tax return with an annual income of less than $350,000 can claim the deduction. With careful tax planning, some individuals might be able to take advantage of this deduction in a particular year or years, depending on their incomes.

While the new tax law retains the seven federal income tax brackets, the top marginal tax rate has been lowered from 39.6 percent to 37 percent.

The new tax law also enacts changes to itemized deductions – limiting some deductions and eliminating others. Some of the most notable changes in this area include:
Navigating new tax laws
While new tax regulations resulting from the TCJA have been in effect for more than a year, the IRS continues to issue final regulations and guidance for tax preparers. Healthcare organization leadership should work in close contact with their CPAs to stay on top of evolving regulations, take advantage of potential new opportunities, and manage any emerging risks. 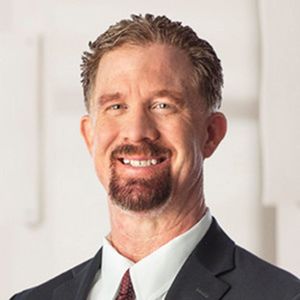 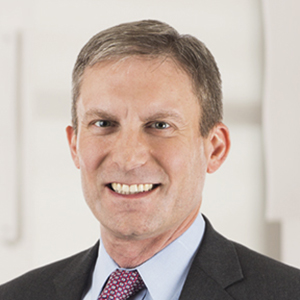