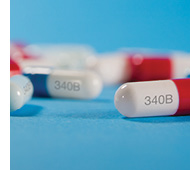 Since its inception in 1992, the 340B Drug Pricing Program has required drug manufacturers to offer outpatient drugs to eligible healthcare organizations at significantly reduced prices. On Aug. 28, 2015, the Health Resources and Services Administration (HRSA) released its much-anticipated proposed 340B Drug Pricing Program Omnibus Guidance – or “mega-guidance” – in an effort to clarify some of the concerns that have been raised over the years. However, the mega-guidance has not yet been finalized; comments are due by Oct. 27, 2015. It is unclear if this mega-guidance will replace existing, limited guidance documents or how the guidance will be treated in terms of future HRSA audits.

The guidance is comprehensive and touches all aspects of the drug pricing program. The eight parts of the guidance relate to:

It is likely that all covered entities will be affected at some level. For some covered entities, substantial programming and process changes may be necessary to ensure compliance.

One of the most significant impacts is in the area of determining patient eligibility. The mega-guidance is proposing a new six-part test in which all parts of the test will have to be met for a patient to be eligible for inclusion in the 340B program.

Currently, only a three-part test needs to be satisfied:

Under the proposed guidance, the following six requirements must be met for an individual to be considered a patient:

In addition, the following requirements will have to be met:

These are only a few examples of the proposed changes, some of which need further clarification and are open to different interpretations. The narrower definitions may affect savings for the covered entity and its patients.

Although the mega-guidance has not yet been finalized, we recommend that healthcare organizations perform audits to manage and confirm compliance with 340B program requirements. Additionally, they should engage 340B subject-matter experts to evaluate the financial and operational effects of the proposed changes.