With the implementation of the Affordable Care Act (ACA) and the voluntary expansion of Medicaid underway, early identification of marketplace trends is more critical than ever. Industry experts often cite survey-based benchmarks to establish emerging trends; however, accessing transaction-level data can provide clearer and more reliable insight into the evolution of the healthcare marketplace. Healthcare providers armed with validated peer group data will be better equipped to measure performance and implement strategic decisions that can position their organization for future success.

Many hospital and health system leaders are particularly interested in the ACA’s impact on their emergency department (ED), including changes in volumes, net revenues, and payer mix. Several trends are starting to emerge in this arena, according to results generated by the Crowe Revenue Cycle Analytics (Crowe RCA) benchmarking program: 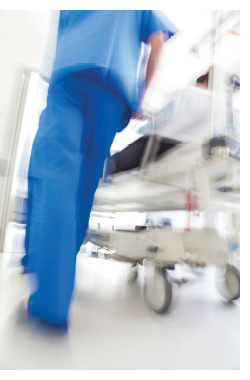 These statistics highlight the need for continued education concerning the newly insured population and the use of care settings both inside and outside the ED, such as primary care physician offices and urgent care clinics. Providers should be prepared for and aware of volume increases as well as the resulting financial impact. For example, commercial/managed care ED reimbursement likely is influenced by the steady rise in the number of patients who have selected high-deductible health plans, a trend that is likely to continue through the transition toward consumer-driven healthcare.

The Benefit of Deep-Dive Analysis

To arrive at these ED trends and analyses, the Crowe RCA benchmarking program uses actual daily transaction-level detail that is fed and normalized directly from the patient accounting systems of hundreds of hospitals.

Other surveys also have shown that ED volumes are on the rise. For example, the American College of Emergency Physicians polled its members earlier this year to gauge their observations of ED volumes based on the ACA’s impact. Of the approximately 2,000 ED physician members who responded, 47 percent said they saw a “slight” increase in the number of ED patients, while 28 percent reported that volume had “increased greatly.”1

Although the ED physician survey results are provocative, their subjective nature makes them less actionable than quantifiable information. Benchmarking data that is both validated and compared with industry peers equips hospitals and health systems with the information needed to make strategic decisions leading to strong performance.

The more detailed the level of data, the more targeted actions that hospitals and health systems can take. Crowe benchmarking includes linking the following data at the account level to perform deep analysis, particularly on denials and patient responsibility:

Because the Crowe RCA benchmarking program has this level of data combined with the resources to aggregate and extract it, healthcare organizations can use it to measure their revenue cycle performance in real time. While other validated data is based on financial statements, which may be delayed significantly, the Crowe RCA program allows users to gain insight into trends as they emerge.

Furthermore, with close to 500 hospitals as data sources, the Crowe benchmarking program allows for robust peer group comparisons based on factors such as size, region and geography (including Medicaid expansion versus nonexpansion states), facility type, and payer mix. With these metrics in hand, healthcare organization leadership can move beyond best practices and develop meaningful plans to improve performance.