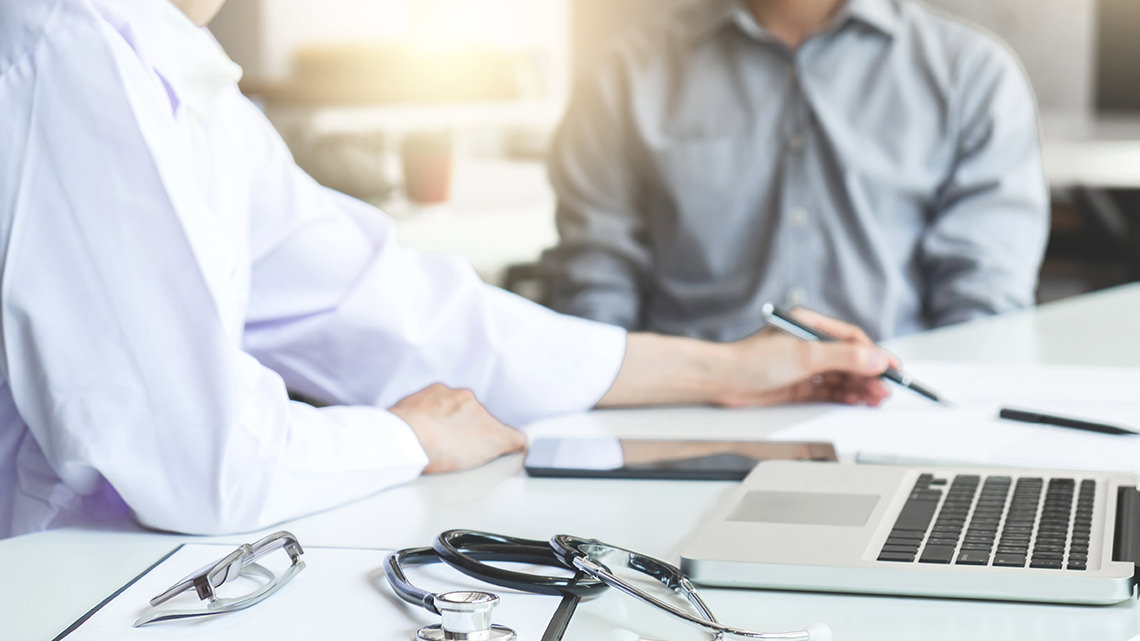 A lot of uncertainty exists in the healthcare arena today due to the constantly evolving healthcare environment. Physicians are dealing with vast amounts of new regulations and costs because of the Affordable Care Act and other recent legislation. Providers are looking for ways to reduce their tax burden. Many are looking at their savings and questioning if they are prepared financially for retirement. Will they be able to sustain the lifestyle they envision? A cash balance plan is one retirement savings option that is becoming an increasingly appealing choice for healthcare professionals seeking to catch up on retirement savings or even accelerate their retirement timeline.

A cash balance plan is a type of defined benefit plan that allows the healthcare practice owner to determine the practice’s deduction and his or her own ability to defer income. These plans offer much greater flexibility than the more rigid requirements of traditional defined benefit plans.

Unlike traditional defined benefit plans, cash balance plans have a guaranteed rate of return that is independent of the plan’s investment performance. The rate can change annually and recently trended around 5 percent.1


1. They Can Be Combined With Other Plans and Tailored for Individual Needs

Cash balance plans can be coupled with a business’s existing traditional 401(k) plans, income distribution plans, and any other revenue allocating method the healthcare practice may have. This can allow plan participants to generate a larger amount of retirement savings.

These plans also can be tailored to fit the specific retirement strategies of various owners within a company, taking factors such as age and income into consideration. Calculations and estimations are made with the assistance of actuarial expertise.

For example, consider the case of a physician group made up of physicians of various ages. Doctor A is 60 years old and wants to put as much money as possible into his cash balance plan so he can retire within the next five years. Doctor B, who is in the same group practice, is 35 years old and plans to retire at age 65. The actuary can design the plan so that Doctor A can aggressively fund his retirement benefits. Doctor B has needs for short-term cash and may not want to fund her retirement plan as aggressively until later in her career. The cash balance plan design can be flexible enough to accommodate the individual needs of each practice owner.

An attractive feature of cash balance plans is that the company offering the benefit can take an above-the-line tax deduction on contributions. Above-the-line deductions are desirable in that they reduce income dollar for dollar.

Cash balance plans paired with 401(k) plans also offer tax benefits for employees, who get to defer taxes on contributions until retirement, at which point the income earned could be taxed at a much lower income tax rate. Cash balance plan participants also have the flexibility to decide how much income to withdraw during each year of retirement, and they may even choose to receive the money in one lump sum.


3. The Maximum Contribution Allowance Is Higher

Cash balance plans allow participants to contribute significantly higher amounts than what can be contributed to traditional defined contribution plans, which typically have a contribution limit of $60,000 maximum annually for an individual over age 50.

In a cash balance plan, participants’ allocations can be significantly higher – up to $300,000 annually. A total contribution amount of $2.7 million is allowed.

For example, assume that a two-owner practice has a $1 million profit. Doctor A takes a salary of $250,000. The cash balance plan can be designed so that Doctor A’s share of the contribution is the remaining $250,000 of his half of the profit. Doctor B chooses to have her share of the contribution be $50,000. Doctor B takes a salary of the remaining $450,000. Net taxable income of the practice is zero.


4. The IRS Is OK With These Plans


5. They Can Make a Life-Changing Impact

As already noted, cash balance plan participants can amass a large amount of savings, sometimes in a short amount of time. This is an especially attractive feature for those who want to quickly boost their retirement savings, allowing them to retire in a manner that more closely mirrors their desired lifestyle.

For example, Doctor A, who is aiming to retire in five years, can, through the combination of a 401(k) plan and a cash balance plan, put away as much as $300,000 per year into his retirement plans so that by the time he is ready to retire he has saved $1.5 million. When Doctor C joins the practice as an experienced physician at age 55, the plans can be designed to allow Doctor C to receive allocations of up to the $2.7 million maximum by age 65.


Enlist the Help of Specialists