Due to the pandemic and supply chain issues, many automobile dealerships are anticipating significant decreases in inventories compared to the same time last year. This shift has left many dealerships that use the last in, first out (LIFO) method of accounting for inventory concerned about LIFO recapture. Dealers using the LIFO method of accounting for inventories in years of increasing inventory levels and prices have benefited by being able to consider the last units acquired to be the first ones sold. Over time, this benefit builds up as a LIFO reserve, and as inventories decrease, the reserve is recaptured. Some dealerships are experiencing decreases of 60% or more in inventories when compared to their prior year-end. Under those circumstances, dealerships using the LIFO method could face a significant tax burden from LIFO recapture.

Generally, if inventory levels remain static or increase, no recapture would accumulate in the LIFO reserve. However, when inventory levels decrease the potential exists for prior year LIFO benefits to be recaptured. This change does not occur pro rata with the decrease in inventory levels and is dependent on the individual dealer’s history of accumulating inventory and inflation. Dealers should compute or request from their LIFO service provider an estimate of their 2021 LIFO impact based on current or expected year-end inventory levels to understand the potential recapture for their specific circumstances. With that information, a dealer can work with its tax advisers to make decisions regarding implementing planning strategies to mitigate some of the negative impact.

What are some of the things a dealership should consider when faced with the possibility of a significant tax liability associated with a LIFO recapture?

Some dealers that use the alternative LIFO method might still have two pools for cars and light-duty trucks. Under Revenue Procedure 2008-31, dealers may combine cars and light-duty trucks into a single pool. Generally, the fewer pools a dealer has, the better off it is in mitigating LIFO recapture. This is especially the case when one inventory pool is decreasing in quantity and the other inventory is increasing in quantity. At a minimum, combined pooling can simplify LIFO compliance going forward by eliminating some of the LIFO calculations. Making this change requires filing a Form 3115, “Application to Change Accounting Method,” to adopt the combined vehicle pool method.

Dealers might consider expanding their LIFO election and changing to a different method of computing LIFO. In most cases, dealers use the alternative LIFO method to compute their annual LIFO benefit, which is limited to new vehicle inventory. The inventory price index computation (IPIC) method uses consumer or producer price indexes to determine inflation instead of the actual invoice prices of inventory. One key advantage of the IPIC method is that new vehicles, used vehicles, and parts could be combined into a single LIFO calculation. If a dealership only accounts for new vehicle inventory on the LIFO method, expanding the election to cover additional items might be beneficial. If a dealership is experiencing significant declines in new car inventory, expanding the LIFO election to cover used vehicle inventory and parts and then combining those into a single LIFO pool could offset the new vehicle decreases. Making this change would require the filing of a Form 970, "Application to Use LIFO Inventory Method," to cover inventory not currently on LIFO and filing a Form 3115 to change to the IPIC method for all LIFO inventory and to combine LIFO pooling. This change may be implemented by filling the current year tax return after year end, including extension. One key consideration is the fact that the financial statements need to reflect the expansion of the LIFO election to used vehicles and parts to maintain the book conformity requirement. In addition, dealers who are already accounting for used vehicles or parts using other LIFO methods might see a similar benefit by filing Form 3115 to adopt the IPIC method and combine all of their LIFO inventories into a single calculation. Generally, once the change is made, the dealership would be restricted in making another change in a LIFO method for a period of five years.

Another option is to discontinue the LIFO method of accounting through an accounting method change, which results in a taxpayer recognizing into income the entire amount of the LIFO reserve. One benefit of this approach is the ability to defer the income recognition over a four-year time frame instead of current year LIFO recapture. When a dealer is faced with a major decrease in inventory resulting in the recapture of 70% or more of the LIFO reserve, this approach is one way to defer the tax implications. Discontinuing the LIFO method generally can be accomplished by filing Form 3115. However, a dealership would be prohibited from reelecting LIFO for five years, which might limit the appeal of this approach. For example, if inventory declined by 90% resulting in the recapture of 75% of a $5 million LIFO reserve, the increase to income would be $3.75 million (75% x $5 million). If the same taxpayer filed a method change to discontinue the LIFO method, the income recognized in the current year would be $1.25 million ($5 million x 25%). In the current year, the filing the method change results in a reduction in taxable income of $2.5 million. Under the LIFO termination option, the taxpayer will report the entire $5 million of LIFO reserve into income over four years, resulting in more cumulative taxes being paid compared to the $3.75 million income recognized due to the single year recapture event.

The National Auto Dealers Association (NADA) and others have been advocating for the U.S. Department of the Treasury and the IRS to use provisions under Internal Revenue Code Section 473, which provide relief for taxpayers that experience qualified liquidations of LIFO inventories resulting from major foreign trade interruptions that make it difficult or impossible to replace inventories on their ordinary course of business. Under this provision, if the taxpayer replaces inventory within the lesser of three years or other period as determined by Treasury, the taxpayer can reduce gross income in the year of liquidation and potentially offset or eliminate its LIFO recapture. To date, Treasury has expressed hesitation to conclude that the pandemic and supply chain disruptions qualify as events that warrant relief under Section 473. Recently, members of Congress from both the House and Senate have written letters to Treasury advocating for the applicability of Section 473 and urging Treasury to grant relief to LIFO taxpayers. Dealers should work with their tax advisers to monitor developments in this area but should be prepared in case Treasury does not issue any favorable relief.

All dealers using the LIFO method to account for their new vehicle inventories should consult their tax advisers to review and discuss their year-end inventory level expectations, the impact on their LIFO reserves and taxable income, and their available options. 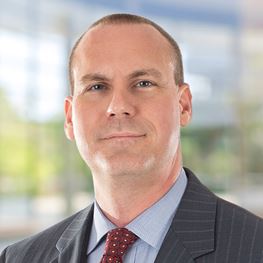 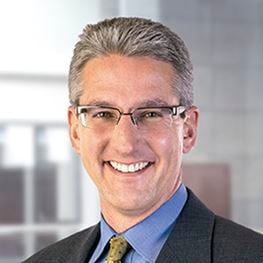