Banking’s Digital Transformation – Time to Get on Board

Digital technology is changing individual behavior and wiping out businesses and industries, and it’s beginning to transform the banking industry as well. Digital deployments are changing how customers interact with both their current and prospective financial services providers.

Today, banks, credit unions, and other banking service providers find themselves at widely varying stages in terms of the scope and sophistication of their digital capabilities and service offerings. Improving customer acceptance and engagement with digital banking products and services requires an understanding of digital technology trends, along with a structured, strategic approach for the deployment of digital channel enhancements.

In many respects, the digital transformation in the banking industry – particularly for large banks and credit unions – has been progressing at surprising speed. After all, it has been just more than 20 years since the first deployments of e-banking systems made online banking truly practical.

Within just a few years, online banking became mainstream. According to a series of surveys commissioned by the Federal Reserve Board and the University of Michigan, the number of consumers who reported using online banking grew from a mere 10.7% in 1999 to 51.7% in 2006.1

At about the same time that survey was completed, the emergence of tablet devices and smartphones began driving demand for mobile delivery of e-banking services. Soon, customers could view their account balances and transaction-level account data across a number of channels, including telephones, desktop computers, tablets, and smartphones.

To be sure, challenges existed with native device operating systems. In addition, there was a lack of complete straight-through transaction processing as the back-office processes often lacked the workflow and process automation that was needed to integrate with the front-end internet banking and mobile banking systems.

In many cases, gaps between the end user’s self-service actions and back-office execution still exist at many banks for functions such as new account applications, card controls, notifications, and customer requests. Whether driven by weaknesses in the technology itself, a lack of true real-time integration, or management policy, these gaps have led to significant variances in service levels and inconsistencies in how customer interactions are handled. Often, significant variations occur within the same financial institution across various channels. Even if end users have not yet discerned these differences, they will soon. For example, why can customers add overdraft protection online in five minutes but doing so in a branch takes at least twice as long?

The industry response to this shortcoming has been a move toward an “omnichannel” approach in which the customer experience is consistent, regardless of which channel is used. This response is still ongoing, even as the industry moves on to the next phases of mobile technology such as person-to-person payments, mobile bill pay and card controls, self-established account activity notifications, and integration with personal financial management features.

Observation suggests that most banks and credit unions already recognize the urgency of this digital culture and its transformation of consumer and business behavior and expectations. The industry is witnessing a dramatic run-up in CEO interest in trying to understand, evaluate, and implement various enhancements or full-scale rollouts of new digital banking services.

For example, in a recent Crowe webinar, executives from a variety of banks and credit unions were asked where their organizations’ digital transformation efforts currently stand. The majority of those responding (almost 87%) said they currently are working on it, while fewer than 8% said they either had not started or were just getting ready to do so this year.

At the other end of the spectrum, an even smaller number (5.5%) believed their organizations were finished with the effort, having fundamentally completed their digital transformation. An objective observer must note, however, that even this small number could be questioned, since a genuine digital transformation in this age of technology evolution is never really “complete.” It is, rather, an ongoing process that must be continually assessed and improved as application development, technology architecture, and hardware device technology continue to advance.

According to one recent study, the annual technology spend by the five largest U.S. banks is now more than $40 billion.2 While community banks cannot match that level of investment, the size of the big banks’ technology budgets is driving industrywide momentum for continual assessment of digital channels and banking operations.


The mindset that drives transformation

Understanding that digital transformation is an ongoing process, rather than a one-time event, is just one facet of the shift in mindset necessary for banks, credit unions, and other financial institutions to engage successfully in new deployments of digitally driven products and services. In fact, the transformation encompasses more than just new products and services alone. Instead, it can be more accurately described as a synergistic effort across four broad domains:
In many cases, decoupling digital technology from the core banking platform can enable greater control and flexibility. Industry experience shows that the lack of technology integration often is the biggest inhibitor to the digital transformations of banks and credit unions.

While the shift in mindset described above is fundamental for digital transformation, it obviously is only the foundation. A successful transformation should build on this base using a structured, strategic approach. At a high level, this approach can be visualized as a series of four major phases:
As the banking industry’s digital transformation continues to accelerate, the costs of embracing this movement will be significant, encompassing both one-time capital investments and ongoing operational costs. In the longer term, however, a well-planned and executed effort also can generate new cost-saving opportunities elsewhere in the bank’s operations, along with potential new revenue sources and customer growth opportunities. As digital engagement grows, the cost per transaction or activity is likely to drop dramatically.

Institutions that fail to address this fundamental change in the banking landscape risk losing competitive position, market share, and franchise value. For both operational and strategic reasons, forward-looking bank executive teams should insist that their organizations get on board and take the lead in driving the industry’s ongoing digital transformation. 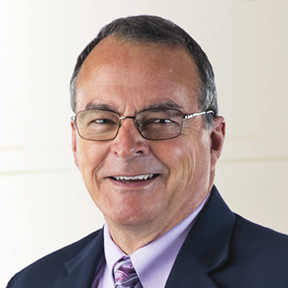