ASC 842 – deferred but not forgotten

A recent decision by the Financial Accounting Standards Board (FASB) gives privately held organizations an additional year to prepare for the new lease accounting standard. The transition could prove to be more complicated than many expect, so that extra time can be valuable.

As part of its response to the COVID-19 pandemic, the FASB postponed the effective date of its new lease accounting standard – Accounting Standards Update (ASU) 2016-02, “Leases (Topic 842),” for privately held entities by one more year. As a result, nonpublic companies and not-for-profit organizations are required to begin using Topic 842 for lease accounting in fiscal years beginning after Dec. 15, 2021, and for interim periods in fiscal years beginning after Dec. 15, 2022.

While the board’s decision was welcome news, it’s important to remember it is only a deferral – not an exemption. Early adoption is permitted, so some organizations may choose to go ahead and make the transition as originally scheduled anyway.

For other organizations, however, the deferral offers more time to work through pressing business, resource, and accounting challenges stemming from COVID-19 prior to executing their Topic 842 implementation plan. Though many organizations are balancing resources delicately in light of the COVID-19 pandemic, the deferral also provides organizations with extra time to develop their implementation plan and examine some lessons learned from companies that already have adopted the new standard.

Almost all entities with operating leases will experience some impact from the eventual adoption of the new lease accounting standard. In addition to the rental of stores, offices, warehouses, and other real property, the new standard also will affect a broad range of equipment leases – from vehicles and heavy machinery to specialized scientific and laboratory equipment and even everyday copiers and printers. Companies that have yet to adopt Topic 842 are sure to encounter some challenges executing their implementation. Here are some key lessons learned from public companies, as well as other considerations that private companies should evaluate as part of their implementation plan for the significant changes to lease accounting.

Many companies that have adopted Topic 842 found that the adoption process took much longer than expected, for a variety of reasons. Start the process now, and get commitment to the result from all functional departments, including legal and operations as well as finance and accounting, which likely will be leading the effort.

Evaluate implementation approaches including the available practical expedients, particularly those intended to simplify transition and those used in determination of the discount rate. Consider if any plans to go public might influence a decision to use a practical expedient designed for private companies only. Also, discuss with stakeholders the planned implementation approach, including whether a preference exists for comparability of prior periods reported in the financial statements.

When making the transition to the new lease standard, organizations must choose between two possible implementation methods, both involving the modified retrospective approach: 1) the “comparative method” and 2) the “effective date method.” The more costly and time-consuming approach involves applying the new standard as of the beginning of the earliest period presented within the financial statements (comparative method). Alternatively, organizations can choose instead to bring existing leases into compliance with Topic 842 as of the beginning of the year of adoption (effective date method), without adjusting comparative periods that are presented in the financial statements. Many public companies that adopted Topic 842 applied the transition provisions using the effective date method, and many private companies also are expected to choose to apply the transition provisions as of the effective date in order to reduce the costs of applying the guidance. Entities that choose this transition method should nonetheless be cognizant that the financial statements will be less comparable in the year of adoption because Topic 840 will continue to be applied in comparative periods.

Report the impact of adoption

Realize that determining the discount rate is complex

Public company lessees also invested significant resources in the determination of appropriate discount rates, typically the incremental borrowing rate, to apply to leases upon implementation of Topic 842. Many public companies found that determining incremental borrowing rates for their leases required accumulating more data and making more judgments than initially thought. For example, determining adjustments to prevailing market interest rates for entity-specific credit risk and the impact of full collateralization proved to be a pain point for public companies. For private companies, determining an incremental borrowing rate, when used as the discount rate, could be a challenging endeavor especially if an entity has few (or no) recent debt issuances. Private companies can elect to use a practical expedient under Topic 842, which allows the use of a risk-free interest rate, scaled to the length of the lease, in lieu of a calculated discount rate. When deciding whether or not to elect the risk-free-rate practical expedient, private companies should consider the volume, significance, and diversity of their lease portfolio, as well as the resources tasked with developing management estimates.

With operating leases now being reported on the balance sheet, judgments regarding the lease term can have a significant impact on the amount of the lease liability and resulting right-of-use (ROU) asset. Companies that have adopted the standard found it helpful to document their assessment of the lease term, including key judgments and corroborative information that pointed to the presence of economic compulsion, or lack thereof, leading to the company’s conclusion that it was reasonably certain (or not reasonably certain) to exercise extension options provided in the lease.

Verify that initial implementation includes a complete population of leases

Companies with a significant number of leases might face challenges identifying a complete population of leases and all current lease data. In cases where operations were decentralized or many amendments were made to leases, companies that have adopted Topic 842 experienced pain points tracking lease information across different individuals involved in the organization’s leases and across multiple versions of lease agreements. Design and implement controls now to verify that the initial implementation includes a complete listing of leases and agreements with potential embedded leases. Some companies might find it necessary to revisit processes and controls over maintaining information regarding lease contracts and disseminating that information across the organization.

Not every agreement that will qualify as a lease under Topic 842 will have the word “lease” in it. Often, agreements that contain a lease under Topic 842 may be characterized as service agreements, license agreements, or similar. Under Topic 842, companies are required to evaluate whether an agreement “conveys the right to control the use of identified property, plant, or equipment for a period of time in exchange for consideration,” regardless of how the contract is characterized. Under Topic 842, a lessee’s identification of embedded leases has a heightened importance compared to legacy GAAP because these leases will now require recognition on the company’s balance sheet. In addition, many contracts contain lease and nonlease components, meaning that a contract may have characteristics that qualify as a lease and other characteristics that don’t. Topic 842 allows lessees to choose to either 1) separate lease and nonlease components and allocate consideration based on stand-alone selling price or 2) combine lease and nonlease components and account for them as a single lease component. Companies should evaluate the accounting implications of this election.

Evaluate the nature and extent of related-party leases, particularly those with terms and conditions that are not formally documented. Under Topic 842, related-party leases should be accounted for based on their legally enforceable terms and conditions. This is a change in practice from the legacy guidance within Topic 840, which required entities to look beyond the terms of the arrangement and account for the lease based on the economic substance of the arrangement. Despite this simplification in Topic 842, identifying legally enforceable terms and conditions can be difficult in situations when a formal written agreement does not exist.

Determine the sufficiency of systems

Companies that have adopted Topic 842 noted that the amount of data and calculations required to prepare journal entries and disclosures under Topic 842 is far more burdensome than under Topic 840. Companies should determine whether a lease administration software or enterprise resource planning module is appropriate or if leases and related journal entries will be administered using spreadsheet software or other manual systems. Some companies have found a manual system sufficient; however, a company that has a significant volume of leases or has to account for modifications or impairments could find a manual system unwieldy over time. Whatever system approach is chosen, companies also should begin designing and implementing controls over the reconciliation of leases and posting of periodic journal entries.

Some companies might have concerns about a perception of additional leverage with ROU assets and operating lease liabilities now on the balance sheet. It is worth emphasizing, however, that several mitigating factors exist with respect to effects of adopting Topic 842 on an entity’s balance sheet, including these1:

Questions about lease accounting changes?
Explore Crowe insights and learn more about how we can help.
Get insights

Next steps for private companies

The time required to prepare for Topic 842, specifically for organizations with significant leasing activities, should not be underestimated. While many entities are balancing more responsibilities than ever because of the disruption caused by COVID-19, the sooner an entity’s implementation process for Topic 842 begins, the easier it will be. Using the lessons learned by public companies that have adopted the standard and developing an understanding of the key differences between Topic 842 and Topic 840 are just a couple of steps that private companies can take in the near term. 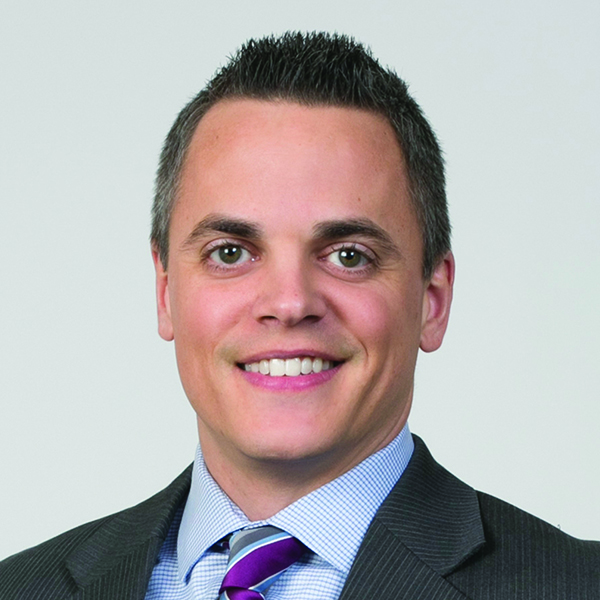