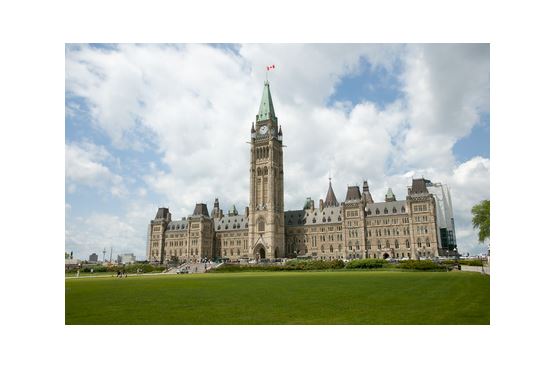 On July 18, 2017, federal Minister of Finance Bill Morneau released a paper entitled “Tax Planning Using Private Corporations”.  The Minister proposes to introduce sweeping changes to the Income Tax Act that, if enacted, could fundamentally change taxation and tax planning for the owner-manager in Canada. The government has indicated that the proposed changes are introduced on the premise of ensuring greater fairness in the tax system. The proposed measures are disconcerting and could possibly undermine the goal the government claims to achieve, which is to encourage economic growth.

The following is a brief summary of the major proposals included in the Minister’s paper.

The proposed measures seek to extend the application of Tax on Split Income (“TOSI”). Under the current legislation, TOSI applies to tax dividends and other forms of passive income paid to minors at the top rate of taxation. The proposed rules will expand the application of TOSI to a Canadian resident individual not dealing at arm’s length with a private corporation. These changes will affect a business owner (“Founder”) who directs income and/or capital gains, other than salaries, to a spouse, nieces, nephews or adult children for whom the income is taxed below the top marginal rate.

The proposed rules require a reasonableness test based on labour or capital contribution. Essentially, income that is considered “reasonable” will not be subject to TOSI. The test will be applied differently based on the age of the individual receiving income from the corporation. An adult child of an owner-manager between the ages of 18 and 24 would essentially need to work full-time for the corporation to justify the reasonableness of his or her income from the corporation. In the absence of full-time employment, the amount received by the individual would be treated as TOSI and subject to the top marginal tax rate. Where the 18 to 24 year old invests in the corporation, his or her entitlement to a return on investment is limited to the prescribed rate of interest (currently 1%).

The reasonableness test for an individual aged 25 and over is less stringent. However, the individual must be involved in the activities of the business.

The above tests will require owner-managers to maintain clear documentation and proper back-up (eg. tracking hours, specific tasks undertaken, contributions made by family members, etc.) to justify any income or gains received by the individual from the business.

The proposed measures will essentially eliminate the possibility to split income with family members not involved in the activities of the business.

The measures are proposed to apply with respect to payments made or gains realized after 2017.

Amendments to the eligibility to claim the LCGE have been proposed by the Minister. These amendments will no longer allow minors to claim the LCGE nor will the LCGE be available with respect to any gains accrued while the individual was a minor. For those taxpayers other than minors, the claim of the LCGE will no longer be available to the extent the taxable capital gain is considered “split income” of an individual. In other words, the reasonableness test discussed above will apply to the claim of the LCGE. The proposed measures will also put an end to the possibility of claiming the LCGE with respect to capital gains accrued on property held by discretionary family trusts.

The proposed amendments will apply to dispositions occurring after 2017.

Transitional rules have been proposed allowing affected individuals to elect to realize a capital gain with respect to shares of a corporation qualifying for the LCGE. This election must be made at any time in 2018. A deemed disposition of the elected property will occur for proceeds up to fair market value. Thus, in 2018, those individuals for whom the LCGE will no longer be available under the new rules will have one last chance to avail themselves of the tax savings offered by the LCGE provision. Minors may not benefit from this election. However, if an arm’s length sale is anticipated for 2018, transitional rules are proposed to allow the minor to claim their LCGE.

Careful planning will be required when deciding to file the 2018 election. Those electing will need to consider various matters such as, the valuation of the corporation at the time of the election, purifying the corporation so the shares meet the definition of “qualified small business corporation shares”, the increase in the cost base resulting from the election for the purpose of a third party sale, the minimization of death taxes and the preservation of the LCGE for other transactions.

Strengthening of the Anti-Surplus Stripping Rules

In general terms, section 84.1 of the Income Tax Act is an anti-surplus stripping rule which applies to a Canadian resident taxpayer (other than a corporation) who transfers shares of a Canadian corporation to another corporation on a non-arm’s-length basis for consideration that can be either a share of the capital stock of the purchaser corporation or non-share consideration (e.g., cash or note). The result of the application of section 84.1 is the transformation of a capital gain into a dividend.

Under the current legislation, section 84.1 would generally apply to deem a dividend to be received in situations where the non-share consideration paid on the transaction exceeds the greater of the adjusted cost base (adjusted for the claim of the LCGE on previous transactions) and the paid-up capital of the shares transferred. The proposed amendments will broaden the application of this anti-surplus stripping rule to all non-arm’s length transfers of shares of private corporations by individuals.

The Minister has also proposed to add a separate anti-avoidance rule to counter tax planning which may circumvent the anti-surplus stripping rules. New section 246.1 of the Income Tax Act is intended to prevent the transformation of proceeds that would otherwise be received as a taxable dividend by an individual in a non-arm’s length distribution of corporate surplus, into a capital gain or tax-free distribution. This new anti-avoidance rule would apply to amounts received by an individual from non-arm’s length persons where: (1) the transactions involve either a disposition of property or increase/decrease in PUC; and (2) it can reasonably be considered that one of the purposes of the transactions is a reduction of the corporation’s assets such that an individual’s tax on a distribution is avoided or reduced.

The application of the new rules allows for the recharacterization of a tax-free capital dividend to a taxable dividend. Where this occurs, the capital dividend account of the corporation is reduced accordingly.

The above changes will negate certain post-mortem planning transactions previously available to avoid double taxation on death. Consequently, the death of a taxpayer may result in double or triple taxation.

The current system of integration that has been part of the Canadian tax system for decades is meant to ensure that, at the end of the day, passive investment income earned by a private corporation and then distributed to an individual is taxed at more or less the same tax rate as passive investment income earned directly by an individual.  The system of integration does not distinguish the source of the funds being passively invested in a private corporation. For instance, the funds invested may have been taxed at the small business deduction (“SBD”) rate or the general corporate rate (both of which are lower than personal tax rates). Alternatively, the funds may have been sourced from tax-paid funds contributed by the shareholder (which has been taxed at higher rates).

Finance perceives an inequity in instances where the source of the funds being invested in a private corporation is income taxed at (lower) corporate tax rates. Finance commented that in such a situation, there is more principal available for the private corporation to invest than had the funds been distributed to the individual shareholder and taxed at the higher personal tax rate before being invested. Therefore, from the beginning and over time, a shareholder who uses a private corporation to make passive investments will ultimately be left with more cash than the individual who makes these passive investments directly.

In order to correct this perceived inequity, Finance seeks to implement a new tax regime which would tax passive investment income earned in private corporations and sourced from profits from an active business (income taxed at the SBD rate or general corporate tax rate) at higher rates.  Based on the methods proposed by Finance, the resulting combined corporate and personal tax rates could reach as high as 75%, while passive investment income earned directly by an individual would only be taxed at just over 50%. This hardly seems equitable!

However, unlike the proposals discussed earlier, no draft legislation has been released with respect to the taxation of passive investment income in private corporations. The form and implementation of these proposals is less certain than those discussed previously.

The Department of Finance has provided a 75-day period to October 2, 2017 for the general public and interest groups to comment on the above-mentioned proposed changes. It is our impression the Government is committed to these changes. We are curious to see how the Government will react to the negative feedback received from small and medium sized business owners and interest groups.

In the July 18, 2017 government paper, the Minister comments that the existing rules create “unintended advantages”. One questions the validity of this observation considering these rules have been an integral component of the Canadian tax structure since their introduction 45 years ago in 1972.

All Crowe BGK clients affected by the July 18, 2017 proposals will be contacted by their Crowe BGK advisor.