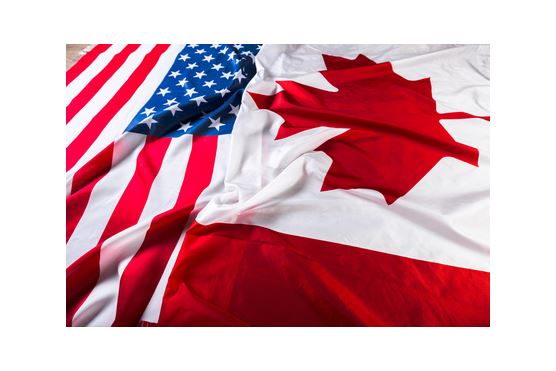 Canadian citizens or residents move to the U.S. for many different reasons such as: work, marriage, study, etc. These individuals are considered “dual-status aliens” under U.S. tax rules as they have been both a U.S non-resident and resident in the same year. Accordingly, these individuals are required to file dual-status tax returns. “Dual-status” should not be confused with dual citizenship that refers to being a citizen of both countries [ i.e. Canada and U.S.].

To determine his/her U.S. tax liability, a taxpayer is subject to different tax rules for the part of the year he/she is a non-resident of U.S. and for the part of the year the taxpayer is a resident. Usually a dual-status tax return should be prepared in the year of arrival and departure. For the period that the taxpayer is considered a U.S. resident, he/she is taxed on his/her worldwide income earned which will be reported on U.S. Form 1040.  For the period that the taxpayer is a non-resident, only the U.S. sourced income [i.e. U.S. Wages] is taxable in the U.S. and will be reported on the taxpayer’s U.S. Form 1040NR.

If the taxpayer is filing a dual-status tax return, it is important to note that certain restrictions may apply. One, for example, is that for the portion of the year the taxpayer is considered a U.S. non-resident, income other than that effectively connected with a U.S. trade or business could be subject to tax withholding and other attributes could be limited. In addition, for the portion of the year that the taxpayer is considered a U.S. resident, he/she would not be permitted to file a joint return, thus limiting the ability to claim standard deductions and certain credits.

There are, however, certain elections available to a taxpayer in the year of arrival that may reduce the negative tax consequences of a dual-status return, depending on the taxpayer’s fact pattern.

Sometimes, in the dual status tax year, the taxpayer arrives too late to pass a substantial presence test or changes his/her status/visa during the latter part of the year.  Accordingly, he/she would be classified as a non-resident alien for the year unless the taxpayer makes the “First-Year Choice” election.

A taxpayer can make a First-Year Choice if the following conditions are met in the year of election:

1. The taxpayer is not otherwise a resident alien for the year,

2. The taxpayer was not a resident alien at anytime in the immediately preceding year,

3. The taxpayer becomes a resident alien under the substantial presence test in the year following the year of moving to the U.S., i.e., 2018,

The taxpayer’s U.S. residency starting date will be the first day of the 31-day period, if the First Year Choice is made. It is important to note is that a taxpayer does not need to be married in order to make this election.

ELECTIONS TO FILE A JOINT RESIDENT RETURN TO TREAT A NON-RESIDENT SPOUSE AS A U.S. RESIDENT FOR THE ENTIRE TAX YEAR

There are two elections available whereby a U.S. taxpayer [U.S. citizen or resident] and his or her spouse may elect to be taxed as full-year resident: one is when the non-resident spouse becomes a U.S. resident during the tax year and another one is when the non-resident spouse continues to be a non-resident at the end of the tax year. For example, if a non-resident becomes a U.S. resident or citizen before the close of the taxation year and is married to a U.S. citizen or resident, for U.S. Federal individual income tax purposes, the couple can elect to file a joint tax return to treat the non-resident spouse as a U.S. resident for the full taxable year. Accordingly, while each spouse will report his/her entire worldwide income on the joint tax return, their combined income would be subject to lower tax rates, and they would each be entitled to claim a standard deduction as well as certain credits that would not be available to taxpayers filing under the status “married filing separately”.

The second election is available for married couples where only one spouse is a U.S. resident or citizen at the end of the tax year. Interestingly, in the case of a non-resident couple that moves to the U.S. during the latter part of the year, the “First-Year Choice Election”, explained above, can be combined with this election, so one of the spouses will be treated as a U.S. resident along with his/her spouse for the tax year. The couple can then file a joint U.S. resident tax return as opposed to a dual status return.

U.S. taxpayers making one of the above elections can avoid the various restrictions facing dual-status taxpayers.

Please contact your Crowe BGK advisor should you require any additional information.