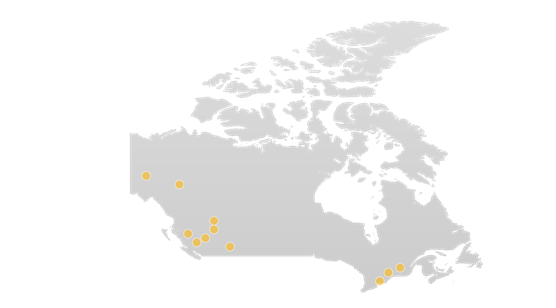 The information contained in the below publication was current at the time it was published. The COVID-19 programs evolve continuously, and the relevant information may have changed since publication. Readers are advised to discuss their particular situation with their Crowe BGK advisor.

Subject: Update – The federal and provincial governments announce an additional delay to file certain tax returns and for certain tax payments and tax instalments for taxpayers

On March 17, 2020, the Minister on Finance of Quebec, Éric Girard, announced an extension to the deadlines for the filing of personal tax returns and most trust returns. It was also announced that the deadline for individuals, corporations and certain trusts with respect to certain tax balances and instalments has been extended.

On March 18, 2020, the Prime Minister of Canada, Justin Trudeau, announced various economic measures including the extension of certain tax due dates.

Following the announcement of the Federal Government, the Government of Quebec published an update of the measures regarding the tax delays announced on March 17, 2020 in order to harmonize with the federal announcement.

Later in March, further announcements were made by the tax authorities on several occasions.

A summary of all these announcements can be found below:

Note 1: Individuals benefiting from a deadline for filing their income tax return on June 15, 2020 keep this deadline.

Note 2: This includes the payments that an individual must make for their contribution to the QPP, the QPIP, the HSF and the Quebec Public Prescription Drug Insurance Plan for the year 2019.

The Federal Government specified that the relief granted applies only to tax balances due under Part I of the Income Tax Act.

On March 26, 2020, the Canada Revenue Agency (CRA) provided a general administrative relief as it issued the following statement:

“In addition to the income tax filing and payment deadline extensions announced as part of the fiscal measures, unless otherwise noted, taxpayers may defer a number of other administrative tax actions required under the Income Tax Act (ITA) that are due after March 18, 2020, until June 1, 2020. These administrative income tax actions include the filing of returns, forms, elections, designations, and responses to information requests. […]”

The CRA stated certain exceptions to this general relief, including payroll deductions and all related activities (except to the extent they relate to the reduction of remittances related to the temporary wage subsidy).

On March 27, 2020, Revenu Québec announced that it would harmonize with the CRA and that it is postponing the delay related to all administrative fiscal measures (other than the returns that have been postponed to a specific date) that would otherwise have had a deadline between the period of March 17, 2020 to May 31, 2020, to June 1, 2020.

Please make sure to consult our separate publication on extensions pertaining to GST, HST, QST and custom duties.

The federal and provincial governments still encourage all individuals to file their tax return by April 30th, 2020, and especially those individuals who expect a tax refund. The same applies to taxpayers receiving benefits under the GSTC or the Canada Child Benefit in order to ensure their entitlements for the 2020-21 benefit year are properly determined.