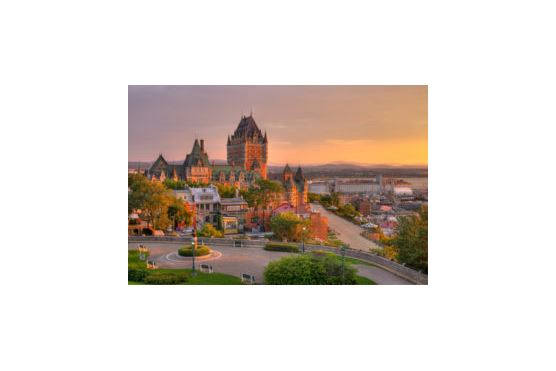 The Minister of Finance Carlos J. Leitão tabled on March 28, the Québec Economic Plan for 2017, a third consecutive balanced budget. Here are the highlights of the 2017 budget.

The health contribution will be eliminated retroactively, as of 2016, for all adults whose income for that year does not exceed $134,095.

Revenu Québec will be responsible for cancelling or recalculating the amount for 2016.

A new notice of assessment for 2016 will be sent, not later than June 30, 2017, to all taxpayers in respect of whom Revenu Québec has already determined, on the date of the budget speech, the amount of the health contribution payable for the year.

The government grants a tax reduction in the form of an increase of the basic tax credit granted to all individuals, other than trusts.

The general tax reduction will raise the zero-tax threshold from $14,544 to $14,890 as of the 2017 taxation year. As a result, individuals will be able to deduct from their income tax payable an additional amount of slightly over $55.

For greater clarity, eligible medical expenses, eligible expenses to obtain medical care not provided in the region where an individual lives, and interest paid on a student loan will continue to be converted into a tax credit at the rate of 20%. The same is true of the first $200 in gifts included in the calculation of the tax credit for gifts.

As of the 2018 taxation year, each of the amounts granted for the purpose of calculating personal tax credits will be automatically indexed each year.

For the 2017 taxation year, income tax must be deducted at source as if the amounts used to calculate personal tax credits had not been increased and the rate applicable to the first taxable income bracket of the personal income tax table had not been retained as the rate for converting these amounts into tax credits.

Extension to March 31, 2018 of the eligibility period under the RénoVert tax credit

The period during which a renovation agreement may be entered into with a qualified contractor for the purposes of the RénoVert tax credit will be extended by one year, to March 31, 2018 and all expenses will have to be paid before January 1, 2019.

Renovation agreements entered into after March 31, 2017 and before April 1, 2018 may relate to all eco-friendly renovation work currently recognized for the purposes of the RénoVert tax credit, with the exception of the construction, renovation, modification or rebuilding of a system for the discharge, collection and disposal of waste water, toilet effluents or grey water, since a new refundable tax credit will apply to such work as of April 1, 2017.

This new refundable tax credit will be introduced temporarily. Briefly, the financial assistance under this tax credit, which may reach $5,500 per eligible dwelling, will correspond to 20% of the portion, in excess of $2,500, of qualified expenditures paid by an individual to have recognized work carried out to upgrade the waste water treatment system of the individual’s principal residence or the individual’s cottage.

This tax credit will apply to individuals who have a qualified contractor carry out such work under a service agreement entered into after March 31, 2017 and before April 1, 2022.

Based on previously announced changes, a corporation other than a corporation in the primary or manufacturing sector can claim the SBD if it meets the following qualification criterion concerning the minimum number of hours worked:

For purposes of this qualification criterion, an expenditure relating to hours paid for an employee must have been incurred for the taxation year covered by the application for the SBD.

The tax legislation will also be amended for the purposes of the SBD so that a person who holds, directly or indirectly, most of the shares with full voting rights of the capital stock of a corporation is deemed to have received remuneration from said corporation for the taxation year of the corporation, corresponding to a conversion factor of 1 for 1 for each hour the person worked as an active participant in the corporation’s activities for the year. The corporation must document the hours worked by a person in these circumstances.

These changes take effect for the  taxation years beginning after December 31, 2016.

Introduction of an additional capital cost allowance of 35%

The tax legislation and regulations will be amended to introduce an additional capital cost allowance where a business acquires manufacturing or processing equipment (cat. 53) and computer equipment (cat. 50) after March 28, 2017 and before April 1, 2019.

Qualified property must be put to use within a reasonable time of its acquisition and be used by the taxpayer mainly in the course of carrying on a business during a period of 730 consecutive days following the day it is first put to use.

The base amount of the allowance will correspond, for a taxation year, to an amount equal to 35% of the amount deducted as depreciation in calculating income attributed to the property for the year in respect of the capital cost allowance class to which the qualified property belongs.

A taxpayer that claims an additional capital cost allowance in respect of qualified property and does not use the property mainly in the course of carrying on a business during a period of 730 consecutive days following the day it is first put to use or does not use it mainly in Québec throughout the 730-day period will be subject to a special tax.

This special tax will correspond to the amount of the additional capital cost allowance obtained by the taxpayer in respect of the property.

The budget calls for an upward revision of the improvements relating to the tax credit for Québec film productions, i.e.:

Changes to the refundable tax credit for film production services

The amendments will apply in respect of an eligible production for which an application for an approval certificate is filed with SODEC after March 28, 2017.

The legislation will be amended so that the condition concerning the absence of an establishment in Québec for the co-contractor is eliminated for productions whose first public performance takes place after March 28, 2017 and for which an application for an advance ruling or an application for a certificate is submitted to the SODEC after that day.

The legislation will be amended to provide that, solely for the purposes of the 75% criterion (required for the specialized corporation certificate) and the parameters used to determine the tax credit rates, a part of another multimedia title will be deemed an eligible multimedia title, even though it is a component of another title produced by a corporation with an establishment in Québec if it is shown, to the satisfaction of Investissement Québec, that the other title is an eligible multimedia title. The changes will apply to an application for a specialized corporation certificate submitted to Investissement Québec after March 28, 2017.

The tax legislation will be amended to add two new eligible expenses:

These changes will apply in respect of expenses incurred by a qualified corporation for a taxation year included, in whole or in part, in the period of validity of its corporation qualification certificate and after March 28, 2017.

Under the tax legislation, the tax credit is granted to a qualified corporation for an eligibility period beginning no earlier than April 1, 2006 and ending no later than March 31, 2018.

The refundable tax credit for the production of ethanol in Québec will be modified so that the “eligibility period” no longer refers to a maximum period of ten years and production of biodiesel fuel by a qualified corporation can now qualify for this tax credit.

This change will apply to a qualified corporation whose taxation year ends after March 28, 2017.

Extension of the application period

It is currently provided that the compensation tax for financial institutions will be eliminated as of March 31, 2019. This period will be extended until March 31, 2024.

The following table shows the new rates of the compensation tax for financial institutions applicable according to the period concerned:

The government is announcing that a technological solution relying on the possibilities of sales recording modules will be implemented, starting at the end of 2019, in all vehicles offering remunerated passenger transportation service, whether they are conventional taxis or vehicles using a new approach. Issuing a bill to customers will be mandatory.

Awareness, inspection and investigation team in the tourist accommodation sector

Due to the increasing number of platforms facilitating rentals between individuals as well as exchanges and sharing of accommodation, the government intends to delegate a part of the Ministère du Tourisme’s inspection powers to Revenu Québec in order to ensure compliance with the operators’ tax and legal obligations.

Legislative amendments will be proposed for this purpose and Revenu Québec will deploy an additional team to carry out awareness, inspection and investigation activities addressed to tourist accommodation operators.

The government is announcing that legislative amendments will be proposed in order to:

Encouraging the acquisition and use of electric vehicles

Various changes were announced in the 2017 Budget, as illustrated in the following table:

Pilot project to promote the acquisition of used electric vehicles

Project participants will consist of the first 1,000 applicants who acquire a used all electric vehicle that meets the following criteria:

The maximum rebate under this pilot project will be $4,000, which is 50% of the financial assistance granted in the case of a similar electric vehicle if bought new.

Starting January 1, 2018, vehicles that qualify under the Drive Electric component of the Roulez vert program and priced between $40,000 and $75,000 will be exempt from the fee.