Crowe HSY provides its services with top experts in their fields.
Contact us Today! 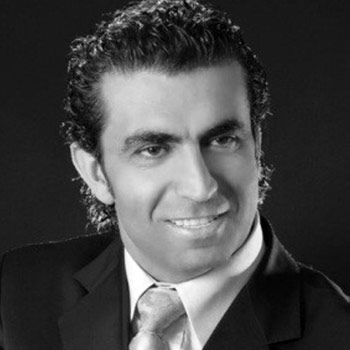 He was born in 1968 in Ankara. In 1988, he graduated from Gazi University, Faculty of Economics and Administrative Sciences, Department of Business Administration. Between 1989 and 2001, he worked as an Account Expert within the scope of the Ministry of Finance. In 2001, he resigned from his position as Account Specialist and started to work in the private sector. Between 1998-2000, he took a master's degree in Financial Economics at U.S.A Boston University.

He took his PhD in Institute of Social Sciences Finance and Banking Department at Kadir Has University.

Numerous articles of Hasan Yalçın has been published in various journals and newspapers, and there are also scientific reports in the field of tax investigation and application. Since 2008, he has been serving for International Independent Accounting and Consulting Company Crowe Global’s Turkey Office as Global Partner Manager and Certified Public Accountant.

He offers Accounting and Finance at Kemerburgaz University and Marmara University. 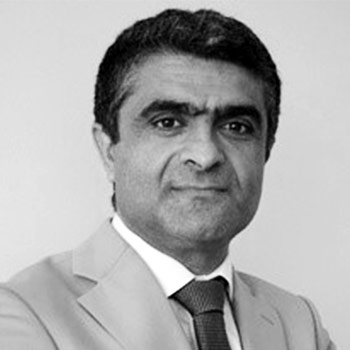 He was born in 1966 in Ankara. In 1988, he graduated from Faculty of Administrative Science Department of Business Administration of Ankara University. In 1989, he began working as Income Controller at Ministry of Finance. Until 1998, he worked as Income Controller, then quit this job and established his own company. He is still one of the partners of HSY Audit Company. He speaks English. He is married,  has one child. 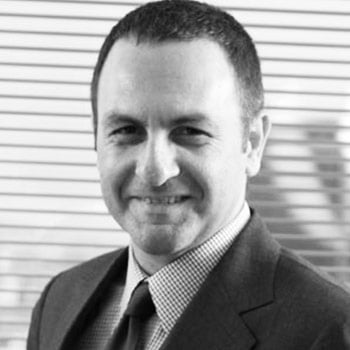 After graduating from Istanbul University, Faculty of Economics in 1991, he completed his postgraduate education at Istanbul University in 1993. He got the title of "associate professor" in 1997, and "professor" in 2002. Emre Alkin, served as an Advisor of the ISE President between 1999 and 2003, as a Member of the Board of Directors in EVG Menkul Değerler A.Ş. and as the General Secretary of TİM and Tax Council in the same year, has been performing tasks a member of A Yatırım Menkul Kıymetler A.Ş. and a member of committee of Anadolu Vakfı.

Prof. Dr. Emre Alkın, who worked as an economics columnist in various newspapers and as an economic news interpreter on television channels such as KANAL9, BRT, TV8, and SKYTÜRK between 1998-2003, was as the General Coordinator of Smile Holding. Lastly, he worked as Communication and Business Development Group President at Altınbaş Holding.

Prof. Dr. Emre Alkın has also published numerous books and reports besides 4 books one of which is in English, "Risk Management" "Evolution on Financial Intermediation" Introduction to Risk Management in Banks", Gaziantep from Past to Today". 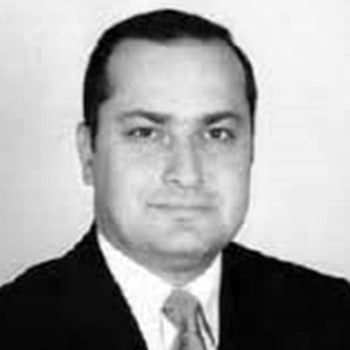 He was born in 1968 in Isparta. In 1989, he graduated from Faculty of Political Science of Ankara University. In 1991, he began working as Junior Tax Inspector at Ministry of Finance. In 1994, he was promoted as the tax inspector and, in 2003 he became chief tax inspector. In 2006, he moved to the private sector and worked as a manager in various companies within the body of Altınbaş Holding and has achieved much success with strategic decisions which is taken by him. H. Özer Ermumcu, Former Chief Tax Inspector who successfully carried out his duty in Altınbaş Holding between 2006-2010, joined HSY Audit as a partner in 2010. He has done research and studies in England, is married and has a child. 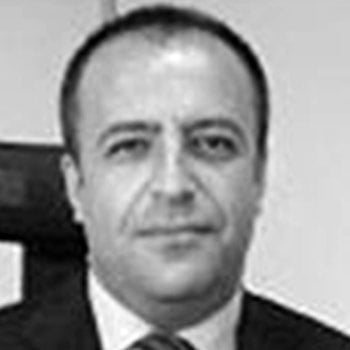 S. Sabit DURLANIK, who graduated from Ankara University Faculty of Political Sciences in 1989, started his professional career in 1989 as an Assistant Tax Inspector at the Ministry of Finance, Tax Inspectors Board.

He completed a postgraduate education program in International Finance at State University of New York USA in 1997-1999. He became a Tax Inspector in 1992, a Chief Auditor in 2000 and a Vice President in the Financial Crimes Investigation Board (MASAK) between the years 2002-2004.

In 2005, S. Sabit Durlanık resigned from his position in the public sector and moved to the private sector. Between 2005 and 2008, he served as the Assistant General Manager in charge of Finance and Financial Affairs at Altınbaş Petrol Ticaret A.Ş. which is a subsidiary of Altınbaş Holding. Between 2008 and 2010, he served as the General Manager of the same company. He was a Board Member of the Petroleum Industry Association (PETDER) between 2009-2010. 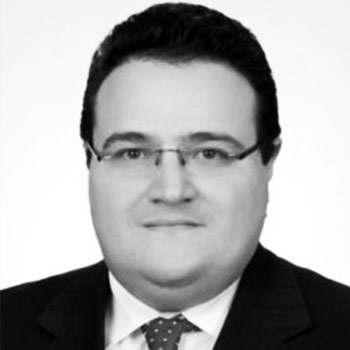 He graduated from Izmir Trade High School in 1995 and Celal Bayar University Business Administration Department in 1999. He became an independent accountant and financial advisor in 2003.

Between 1994-2000 and 2003-2006, he worked as an intern, Accounting Staff, Cost Accounting and Reporting Specialist and Chief of Accounting at Kaplamin Inc. within Çukurova Holding, respectively.

Between 2000-2003, he worked as Accounting Officer at Power Pack Turkey Inc. which is a 100% foreign subsidiary.

He played an active role in the independent auditing services of many companies including Food, Construction, Tourism, Textile and Football sector, Reconstruction and Public Offering Projects, Internal Audit, Cost Accounting and Management Reporting systems of the companies. He has written a book entitled “Cost Accounting System Installation and User's Guide” published by the Uygulama Publications. He has written columns in various magazines, websites and publications.

He is currently working as the Responsible Partner Lead Auditor at Crowe HSY. 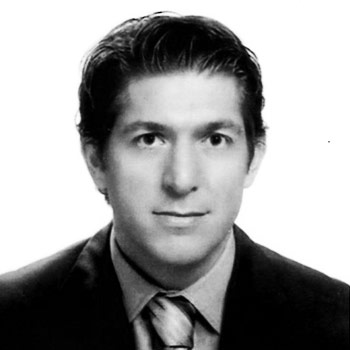 In 1991, he graduated from Faculty of Economics and Administrative Sciences Department of Public Finance of Gazi University.
Between 1992 and 2004, he worked as a Tax Inspector and Chief Auditor in the Ministry of Finance.

He quit his position as Account Specialist at the beginning of 2005 and worked as CFO in the private sector and as a senior manager in the Financial Affairs Group. At the same time, he was as a member of the Executive Committee and a member of the Board of Directors. Between 2003 and 2004, he worked in England on temporary duty under the Ministry of Finance, during which time he carried out researched and studies on tax system and management in England.

Can Kılıçkaya has published his articles related to the tax regulations and applications in various magazines and he has attended many conferences, educational and scientific meetings as a speaker and trainer.

Since 2016, he has joined to International Independent Accounting and Consulting Company Crowe Global's office in Turkey, as Managing Partner.

Board of Director Consultancy

Accounting and Finance management and structuring 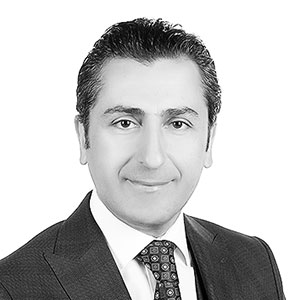 After graduating from Ankara University, Faculty of Political Sciences in 1995, Dr. Murat Ürkmez started his professional career in 1996 as Assistant State Budget Specialist at the Ministry of Finance, General Directorate of Budget and Financial Control, and joined the Tax Inspectors Board in 1997 as Assistant Tax Inspector.

After working as the Group Manager of the Istanbul Tax Office in 2006 and as the Group Manager of the Large Taxpayers Office in 2007, he completed his graduate education in Economics at Illinois University USA in 2008-2009. He became a Tax Inspector in 2001 and Chief Accountant in 2009. Murat Ürkmez served as the Vice President at The Istanbul Large-Scale Taxpayers Group of the Tax Inspection Board in 2012-2014. In 2017, he received his doctorate from Okan University, Institute of Social Sciences, Department of Accounting and Auditing. 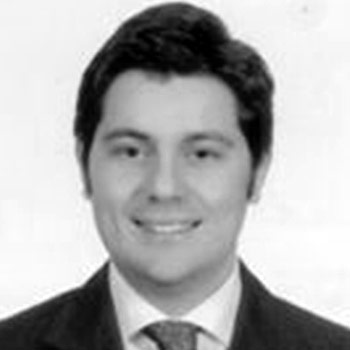 Remzi Koray YURTERİ was born in Istanbul in 1978. He graduated from Istanbul University, Faculty of Political Sciences, Department of Finance.

He resigned from his post in 2007 and worked as the Finance, Financial and Administrative Affairs Manager at the fuel oil and lubricant companies within Altınbaş Holding. Remzi Koray YURTERİ is a Certified Public Accountant, Capital Markets Board and KGK Independent Auditor. Between 2011-2013, he worked as an Audit Coordinator at MISYON YEMİNLİ MALİ MÜŞAVİRLİK A.Ş. He continues to work as a partner at HSY Bağımsız Denetim and YMM A.Ş.