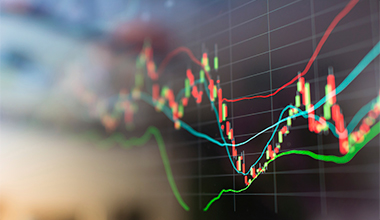 CHICAGO (Feb. 16, 2016) – Patient accounting systems (PAS) are some of the most sought-after solutions to help health systems drive efficiency. However, hospitals planning on undergoing a PAS conversion should expect to see disruption to their revenue cycles during and immediately following the conversion, according to new data released by Crowe Horwath LLP, one of the largest public accounting, consulting and technology firms in the U.S.

In this report, Crowe analyzed the effects on cash collections and related KPIs of 32 acute care hospitals that completed a PAS conversion during the past three years. The data showed that most hospitals experienced significant disruption to revenue cycle metrics and to cash flows during the three months starting with the conversion. Accounts receivable days jumped from 52 days to more than 62 days. Billing and coding metrics experienced peak disruption in the first month. Discharged-not-final-billed (DNFB) days were up 86 percent and late charges rose by more than 600 percent.

Each hospital was evaluated in three phases: Phase I: pre-conversion baseline assessment, which gathered data for the six months prior to the conversion; Phase II: conversion, the three-month period beginning with the month of conversion; and Phase III: post-conversion monitoring, the nine months following Phase II.

“The effects of a PAS conversion can have a dramatic impact on a hospital’s revenue cycle. Although the long-term benefits of system conversion might outweigh the short-term challenges of implementation, the additional costs associated with implementations can be substantial if they’re not tightly managed,” said Brian Sanderson, managing principal of Crowe healthcare services. “To lessen the financial and operational risks of a PAS conversion, hospitals should not consider this to be only a technology implementation – but rather an operational and financial implementation that includes stakeholders from key clinical departments as well as finance leadership. Along with this, detailed operational and financial metric baselines should be established and monitored throughout the process.”

Additionally, the Crowe RCA analysis provides up-to-date statistical information on payer mix, volume and net revenue per case. Findings from this quarter include:

For more information or to download a copy of the Crowe RCA Benchmarking Analysis, please visit www.crowehorwath.com/benchmarking-release.

About Crowe Horwath
Crowe Horwath LLP (www.crowehorwath.com) is one of the largest public accounting, consulting and technology firms in the United States. Under its core purpose of “Building Value with Values®,” Crowe uses its deep industry expertise to provide audit services to public and private entities while also helping clients reach their goals with tax, advisory, risk and performance services. With offices coast to coast and 3,000 personnel, Crowe is recognized by many organizations as one of the country's best places to work. Crowe serves clients worldwide as an independent member of Crowe Horwath International, one of the largest global accounting networks in the world. The network consists of more than 200 independent accounting and advisory services firms in more than 120 countries around the world.